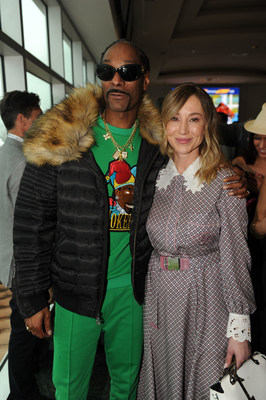 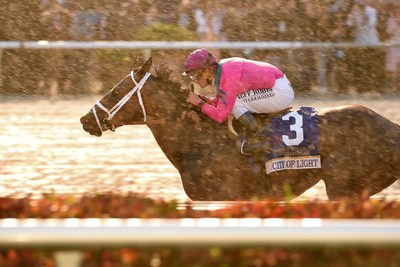 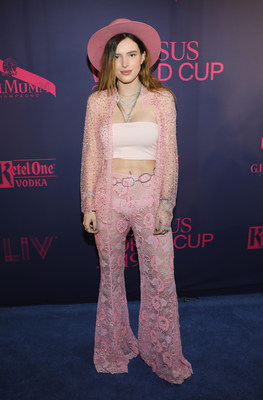 "The 2019 Pegasus World Cup Championship Invitational Series was everything we hoped for and more," said Belinda Stronach, Chairman and President, The Stronach Group. "It delivered a once-in-a-lifetime experience that combined an energetic, fun and diverse crowd with the best of Miami hospitality, A-list entertainment and world-class Thoroughbred horse racing. I can't wait for next year!"

City of Light, owned by Mr. & Mrs. William K. Warren Jr., ridden by Hall of Fame jockey Javier Castellano and trained by Michael McCarthy, took home $4 million in winnings in the Pegasus World Cup Invitational (G1). Bricks and Mortar, owned by Klaravich Stables and William H. Lawrence, ridden by the 2018 Eclipse Award-winning Jockey Irad Ortiz Jr. and trained by the 2018 Eclipse Award-winning Trainer Chad Brown took home $3 million in winnings in the Pegasus World Cup Turf Invitational (G1). Belinda Stronach presented the winning owner, jockey and trainer each with a Pegasus World Cup Invitational Championship Ring. Commissioned by The Stronach Group, the 18K yellow gold Championship Ring is inspired by the iconic Pegasus statue at Gulfstream Park and boasts over 3.5 carats of VVS round brilliant cut diamonds, valued at $50,000. Each ring was made by hand from start to finish taking over 150 hours to complete.

The Stronach Group teamed up with Groot Hospitality's LIV for the second year, to offer an entertainment experience unlike any other. The highly anticipated return of the trackside club known as the Pegasus LIV Stretch Village delivered incredible race-day entertainment, VIP hospitality and post-race performances to a packed house of 2,000 fans. Mark Ronson performed for an hour and a half before closing out his set with a remix of Shallow, the song he co-wrote with Lady Gaga for "A Star Is Born" that is currently nominated for a 2019 Oscar for Best Original Song. Snoop Dogg then took to stage for over an hour, performing his hit songs including All I do Is Win; P.I.M.P.; Drop It Like It's Hot; Gin and Juice; The Next Episode and Who Am I (What's My Name)?, among others. Pegasus LIV Stretch Village also showcased a restaurant row offering bites by Komodo, Bodega Taqueria y Tequila, LadyFingrs, Adena Grill and other local eateries.

This year's partnership with Groot Hospitality also featured an exclusive pop-up with David Grutman's new hotspots Swan & Bar Bevy in the recently renovated Flamingo Room at Gulfstream Park. The Flamingo Room was home to the premier VIP Pegasus World Cup luxury experience, delivering the finest in hospitality and entertainment with panoramic race-day views, as guests were treated to a lavish food and beverage celebration including G.H. MUMM champagne and Kettle One Botanicals.

About The Stronach Group The Stronach Group (TSG) is a world-class entertainment and real estate development company with Thoroughbred horse racing at the core. The company's mission is executed through the distinct but interconnected pillars of Racing and Gaming, Entertainment, Technology and Real Estate Development. TSG is dedicated to delivering the best in class Thoroughbred horse racing content and operations. The company holds some of the greatest brands in the industry including, Southern California's Santa Anita Park, "The Great Race Place"; South Florida's Gulfstream Park, home to the $16 million Pegasus World Cup Championship Invitational Series and retail destination, The Village at Gulfstream Park; Pimlico Race Course, home of the legendary Preakness Stakes, Laurel Park and Rosecroft Raceway in Maryland; Oregon's Portland Meadows; and the San Francisco Bay Area's, Golden Gate Fields. TSG is a leader in digital and mobile wagering technology through its subsidiaries AmTote and Xpressbet and is a major distributor of horse racing content to a global audience through Monarch Content Management.