SOUTH BURLINGTON, Vt., May 18, 2021 /PRNewswire/ -- BETA Technologies ("BETA" or "the Company"), developer of a fully integrated electric aviation ecosystem, raised $368 million in a private round of funding that was meaningfully oversubscribed and led by Fidelity Management & Research Company. These funds will support continued development of an integrated system for Electric Vertical Aviation (EVA), which will reshape how people and cargo move while reducing the environmental impact of aviation. 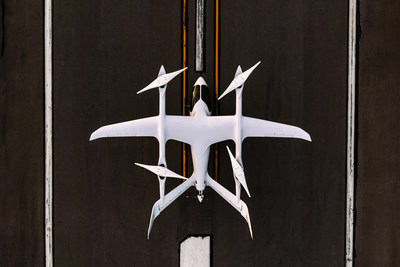 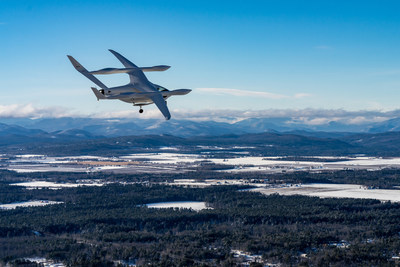 The Series A funding round was led by Fidelity Management & Research Company, and joined by Amazon's Climate Pledge Fund as well as new and returning investors. Proceeds will be used by BETA to continue refinement of its electric propulsion systems and controls, as well as the construction of manufacturing facilities, while the Company advances toward Federal Aviation Administration (FAA) certification of ALIA.

"We're gratified for the confidence this diverse group of investors has placed in our team as we continue on our mission to transform how people and goods move about the world," said Kyle Clark, BETA's Founder and CEO. "These funds allow us to continue hiring the best talent, meet aggressive certification milestones, ramp up production of ALIA, and accelerate the rollout of an extensive high-speed universal charging infrastructure."

"We support BETA Technologies' mission to reshape air transportation through zero-emission aviation and are proud to invest in them through Amazon's $2 billion Climate Pledge Fund," said Kara Hurst, Vice President, and Head of Worldwide Sustainability at Amazon. "The development of sustainable and decarbonizing technologies will help facilitate the transition to a low-carbon economy and protect the planet for future generations."

Supporting and Serving a Diverse Customer Base

"Each of our current and future customers, whether they are moving people, medicine, or goods, need the same vital things from a certified commercial aircraft: safety, reliability, and sustainability," said Clark of BETA. "We are pleased that the aircraft we're building can service these needs across so many applications."

The additional funds will allow BETA to continue building out technological capabilities to best support and serve its diverse customer needs across commercial, cargo, and defense applications. Further funding will be allocated to accelerate production and manufacturing of BETA's aircraft and the rollout of charging infrastructure, currently on track for a 2024 delivery.

Dr. Martine Rothblatt, CEO of United Therapeutics, which was BETA's first customer, which set the initial specification for the ALIA aircraft, said, "We're delighted to welcome new investors to BETA. In the world of medical transport, it's important that we create the most reliable and sustainable system for mobility in all weather conditions. This new funding will accelerate BETA's development. Electric powered aviation is the future of on-demand organ transportation, and with the ALIA aircraft and charging network, that future is closer than we think."

In March, BETA advanced to the next phase of flight testing, completing an interstate flight with ALIA from its Plattsburgh, NY home airport test facility to the company's headquarters on the grounds of Burlington International Airport in South Burlington, VT. In the same week ALIA flew its first interstate flight, the aircraft set a new BETA record for endurance, range, and altitude.

In April, ALIA received the first-ever airworthiness approval from the U.S. Air Force for a manned eVTOL flight.

BETA's ALIA aircraft, which will be capable of flying 250 nautical miles on a single charge and carrying six people, or a pilot and 1,500 pounds, includes a novel combination of elements that create a smooth and quiet flying experience. In addition to being more than ten times quieter than a helicopter and much quieter than cars on a highway, ALIA produces zero operational emissions. The large wings, clean design, and simple propulsion system are based on first principle engineering. The company philosophy is to reduce risk in certifying its first commercial aircraft through simplification.

In other news today, BETA announced it has initiated the permitting process to expand its footprint in Vermont with a new facility to be built on unused land at Burlington International Airport (BTV). The project, which when completed will include office space, research and development, and manufacturing space, is expected to create hundreds of new jobs in the coming years. These well-paid positions in construction, engineering, design, mechanical and manufacturing roles will continue to deliver on BETA's commitment to Vermont and its economy.

BETA's team takes a hands-on multi-disciplinary approach to solving design challenges and driving innovation. Every BETA employee is encouraged to become a licensed pilot and fly all of the company's diverse flying machines in order to gain firsthand invaluable insight into aircraft design and performance and operational considerations. Team members include a former FAA project officer responsible for that agency's engagement with emergent technology companies, including certification of eVTOL aircraft; other team members are former Tesla leaders who were part of the electric vehicle and clean energy company's team that ramped and scaled its Fremont and Gigafactory 1 manufacturing facilities. BETA's team brings deep passion, collective experience and a wide range of skill sets from some of the world's leading technology companies and organizations, including Honeywell, Pratt & Whitney, Rolls Royce, Boeing and the U.S. Navy.

BETA's platform and products are strikingly simple. Prioritization of safety and a pragmatic approach to certification drive elegant redundancy, appropriate diversity of implementation and simplicity of control. ALIA's fixed-pitch propellers and centrally located batteries make it an inherently stable aircraft that is safe to fly and easy to maneuver, putting it on a direct path to Part 23 FAA certification.

Every BETA team member is given the opportunity to become flight-certified at no cost, enabling firsthand understanding of aircraft engineering. BETA's team comes from leading firms and organizations, including the Federal Aviation Administration, the armed services, Boeing, Tesla, SpaceX, Lockheed Martin and General Electric.