Billy Bob's hosts some of the biggest names in country music and the new partnership with AXS provides a mobile-first and customer-friendly platform that will streamline the ticketing experience— making ticket buying seamless, secure, and more convenient for fans. 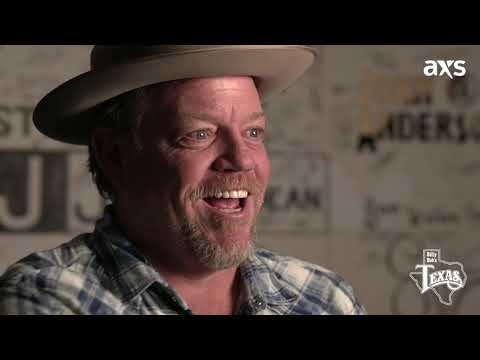 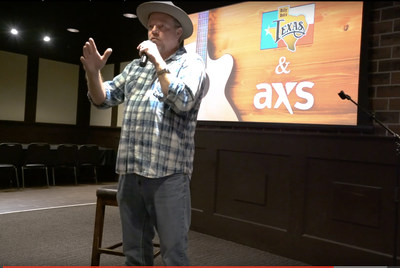 "We are excited to provide the very best in ticketing technology for our fans," said Billy Bob's General Manager Marty Travis. "AXS offers state-of-the-art technology solutions to ensure an easy purchase and mobile entry experience for ticket holders attending Billy Bob's concerts. Fans have the option to purchase mobile tickets, scan upon entry with their smartphones, manage their accounts directly from their mobile devices and seamlessly transfer or exchange tickets for events they cannot attend."

Texas country star Pat Green was on hand for the announcement at "The World's Largest Honkytonk," as his show venue on February 1, 2020 will be the first Billy Bob's event sold via AXS. It will be his 37th appearance at the venue and tickets go on sale Friday, Dec. 13.

"Billy Bob's is a treasure to me, and I'm so excited to see the future," said Pat Green, who was on hand for the press conference at Billy Bob's Texas on Dec.1. "You can see it here, right now of where we are going, of how you get tickets into people's hands without worrying about anything."

"There's not much that can be improved in such a historic venue like Billy Bob's, but we are excited to take their ticketing experience to the next level," said Rob Sine, Chief Revenue Officer of AXS. "Optimally, the fan experience starts with an easy and seamless ticket discovery experience, allowing customers to make an educated decision on which tickets to purchase on their mobile devices."

AXS' cutting edge FanSight seat map will be available for Billy Bob's shows beginning in early 2020. Unlike other enhanced seating maps, this industry-exclusive 3D digital visualization is a mobile-first product and provides a fully immersive 360-degree experience, including everything from the mechanical bull to the dance floor.

"I'm anxious for our customers to be able to utilize FanSight, a virtual seat map that provides the ability to sample the view from a specific seat before they purchase online," Amanda Banda, Billy Bob's Ticket Manager added.

An interview with Pat Green discussing his return to Billy Bob's Texas is available here.

To learn more go to https://solutions.axs.com

About BILLY BOB'S TEXASLocated in the heart of the Fort Worth Stockyards National Historic District, Billy Bob's Texas opened in 1981 and has since become known worldwide as The World's Largest Honkytonk. This iconic entertainment venue hosts over ½ million guests and 300 live music events annually. Boasting over 100,000 square feet, with a capacity of 6000 fun-loving folks, Billy Bob's contains a restaurant, private event spaces, and even real bull riding inside the Texas-sized venue.