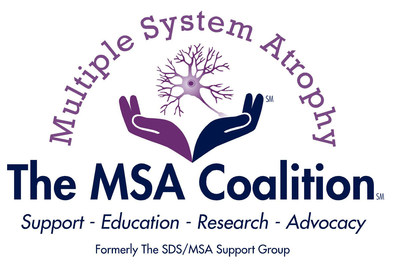 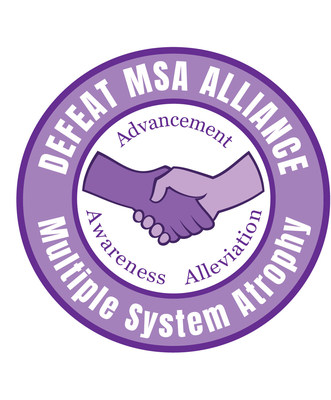 "The M-STAR trial has proceeded with great success despite the unique challenges created by COVID-19. This demonstrates the determination of the MSA community to work towards a potential new treatment for this devastating disease," commented Dr. Phillip A. Low, M.D., Robert D. and Patricia E. Kern Professor of Neurology, Mayo Clinic, Rochester, MN.  "I applaud the true champions of the M-STAR trial – the MSA patients – whose hope has propelled us all."

M-STAR is a Phase 3 randomized, double-blind, placebo-controlled clinical trial designed to evaluate the safety and efficacy of verdiperstat in approximately 300 patients with a clinical diagnosis of MSA between 40-80 years of age. Patients across approximately 50 sites in the United States and Europe are randomized to 48 weeks of treatment with verdiperstat 600 mg oral tablet taken twice daily or placebo. The study's primary efficacy endpoint will assess disease progression measured by the change from baseline to week 48 on a modified version of the Unified MSA Rating Scale (UMSARS) in patients receiving verdiperstat versus placebo. Topline data are expected by the end of 2021.

Irfan Qureshi, MD, Vice President of Neurology at Biohaven stated, "Verdiperstat has the potential to be the first disease-modifying treatment for people suffering from MSA, and we are deeply indebted to the international community of MSA investigators, our trial sites across the globe, and patients who helped complete trial enrollment in less than a year. The M-STAR trial participants and families are our inspiration. Thank you for your ongoing commitment as together we advance this first large pivotal trial in MSA, and we all look forward to the results by the end of next year."

Philip M. Fortier, MA, Executive Director of the Defeat MSA Alliance, commented, "The MSA patient community is optimistic that the M-STAR study will figure prominently in the history of our collective efforts to defeat this debilitating disease. On behalf of MSA patients worldwide, we are thankful to Biohaven for their effort to stand with us against MSA." Cyndi Roemer, Chair of the Board of Directors, The MSA Coalition, Inc. added, "The MSA Coalition is so pleased to hear about the outstanding momentum of enrollment in the M-STAR study. This news represents new medical possibilities and much needed hope for the patients and families who are living with MSA."

MSA is a rare, rapidly progressive, and fatal neurodegenerative disease that leads to death within a median of 6-10 years after receiving a diagnosis, often due to cardiac or respiratory complications. MSA affects approximately 50,000 people in the United States and Europe alone. While it is often not diagnosed until the fifth or sixth decade of life, symptoms can first appear earlier in a person's 40s and go undiagnosed for years. In MSA, portions of the brain that regulate internal body functions and motor control progressively deteriorate, severely compromising the body's involuntary (autonomic) functions. Symptoms of autonomic failure that may be seen in MSA include fainting spells and problems with heart rate (due to orthostatic hypotension), erectile dysfunction, and bladder control issues. Motor impairments (loss of or limited muscle control or movement, or limited mobility) may include tremor, rigidity, and/or loss of muscle coordination as well as difficulties with speech and gait (the way a person walks). Some of these features are similar to those seen in Parkinson's disease, and early in the disease course it often may be difficult to distinguish these disorders.  Currently, patients receive only symptomatic and palliative therapies as there are no disease-modifying treatments and no cure for MSA.

Verdiperstat (BHV-3241) is an investigational first-in-class, potent, selective, brain-penentrant, and irreversible myeloperoxidase (MPO) enzyme inhibitor that Biohaven is developing for the treatment of neurodegenerative diseases.  Verdiperstat may help preserve neurons through inhibition of MPO-induced pathological oxidative stress and further inflammation that contribute to cellular injury in neurodegenerative diseases such as MSA and ALS. Biohaven licensed verdiperstat (BHV-3241) from AstraZeneca in September 2018. The M-STAR study is a currently ongoing Phase 3 clinical trial designed to evaluate the efficacy of verdiperstat in MSA. Additional details about can be found at clinicaltrials.gov/ct2/show/NCT03952806. Verdiperstat has received Orphan Drug and Fast Track designations for MSA from the US FDA, as well as Orphan Drug designation from the European Medicines Agency. Verdiperstat also has the potential to be developed in a number of other diseases associated with oxidative stress, inflammation, and neurodegeneration. A clinical trial designed to evaluate the efficacy of verdiperstat in amyotrophic lateral sclerosis is being planned in collaboration with the Sean M. Healey & AMG Center for ALS at Massachusetts General Hospital. More information about the HEALEY ALS Platform Trial can be found at clinicaltrials.gov/ct2/show/NCT04436510 and www.massgeneral.org/als. More information about can be found at the Company's website: https://www.biohavenpharma.com/science-pipeline/mpo/verdiperstat.

Biohaven is a biopharmaceutical company focused on the development and commercialization of innovative best-in-class therapies to improve the lives of patients with debilitating neurological and neuropsychiatric diseases. Biohaven's neuroinnovation portfolio includes FDA-approved NURTEC™ ODT (rimegepant) for the acute treatment of migraine and a broad pipeline of late-stage product candidates across three distinct mechanistic platforms: CGRP receptor antagonism for the acute and preventive treatment of migraine; glutamate modulation for obsessive-compulsive disorder, Alzheimer's disease, and spinocerebellar ataxia; and myeloperoxidase (MPO) inhibition for multiple system atrophy and amyotrophic lateral sclerosis. For more information, visit www.biohavenpharma.com.

Biohaven Underscores Depth of Migraine Portfolio with Data from...