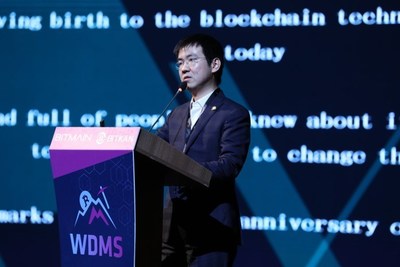 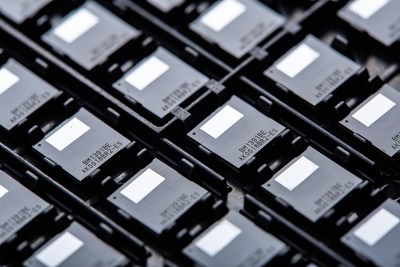 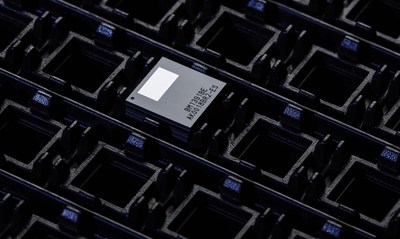 The new ASIC SHA256 algorithm acceleration chip carefully built by Bitmain uses one of the world's most advanced semiconductor manufacturing technologies, 7nm Finfet. The ASIC chip integrates more than a billion transistors and is optimized for maximum efficiency. Thanks to its unique circuit structure and low power technology, it is stable and more efficient. Mr. Wu said tests have shown that the chip can achieve a ratio of energy consumption to the mining capacity that is as low as 42J/T.

At his keynote speech at the summit, Mr. Wu said mass production of the 7nm chip will begin and be applied to the next generation of Bitmain's Antminer machines, improving the new miners in various performance indicators, in terms of power and power consumption, and enabling outstanding performance.

Mr. Wu also pointed out that blockchain technology has continued developing to the present day, noting that the technology's first decade has seen many difficulties, and that the future direction of development will center around applications of the blockchain. He said that as applications continue to develop, the industry's market capitalization as a whole will drive growth. Exponential growth in blockchain user traffic will at the same time require ever greater capacity in data processing, with hardware acceleration and parallel computing technologies being integrated with blockchain to help solve this problem.

Bitmain has been committed to the development and launch of high-performance computing chips. Since its establishment, Bitmain has independently developed and mass produced a variety of chips. In 2016, Bitmain took the lead in releasing and mass-producing 16nm chips, applying them to its Antminer S9 miner and other models. The Antminer S9 quickly occupied international markets with its high-computing power, low power consumption and strong stability, and has become a leader in the global mining machine industry. In addition, Bitmain's Antminer series of mining machines has introduced a variety of models that support different encryption algorithms to meet the global demand of different digital currencies.

As a world leading high-performance computing chip company, Bitmain has grown rapidly over the years. It now has multi-brand businesses including Antminer, Antpool, BTC.com and Sophon. Bitmain's cryptocurrency mining machine has long been a world leader with a market share of more than 70%.

The 7nm chip reflects the R&D strength of Bitmain and further consolidates Bitmain's industry position. For the entire industry, this not only accelerates the development of digital currency mining but also sets a new benchmark for quality, providing miners with a better mining experience.

Bitmain - founded in 2013 and headquartered in Beijing - transforms computing by building industry-defining technology in cryptocurrency, blockchain, and artificial intelligence (AI). Bitmain leads the global blockchain industry in the production of integrated circuits for cryptocurrency mining, as well as mining hardware under the Antminer brand. The company also operates the largest cryptocurrency mining pools worldwide-Antpool.com, BTC.com and ConnectBTC.com. A leader in the still-nascent, high-growth blockchain technology ecosystem, Bitmain supports a wide array of blockchain platforms and startups, and actively participates in industry and community development. Bitmain has offices throughout China, including Hong Kong, and offices worldwide. For further information on Bitmain, see www.bitmain.com.