SAN CLEMENTE, Calif., Sept. 10, 2020 /PRNewswire/ -- Committed to spreading a cultural moment of positivity and keeping families and communities nourished during these challenging times, the California Milk Processor Board (CMPB), creators of the iconic got milk? and Spanish-language toma leche campaigns, are extending their efforts into an initiative directly centered on delivering the brighter side of news.   Accompanied by a glass of milk or two, it's a show about kids on the frontlines of what's happening today - at home. "Glass Half Full News" / "El Vaso Medio Lleno Noticias," debuts today as a bilingual content series. Produced by got milk?/ toma leche and delivering positive and fun news segments seen through the ambitious lens and perspective of kids. It's all the hard truth you need, served up through a straight, unfiltered innocence that only kids can bring. 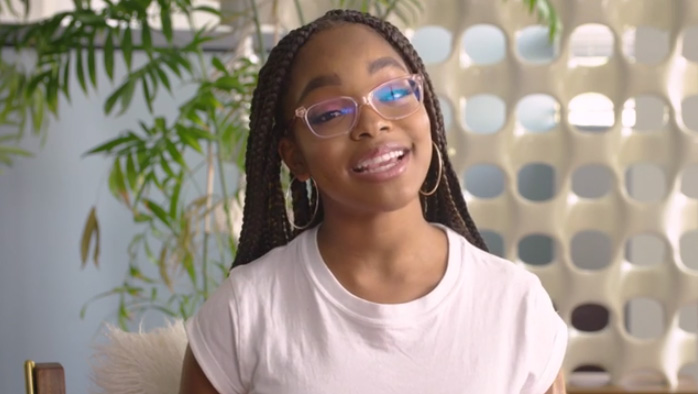 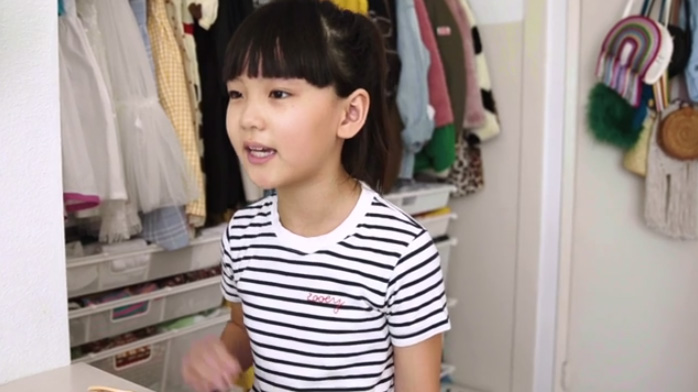 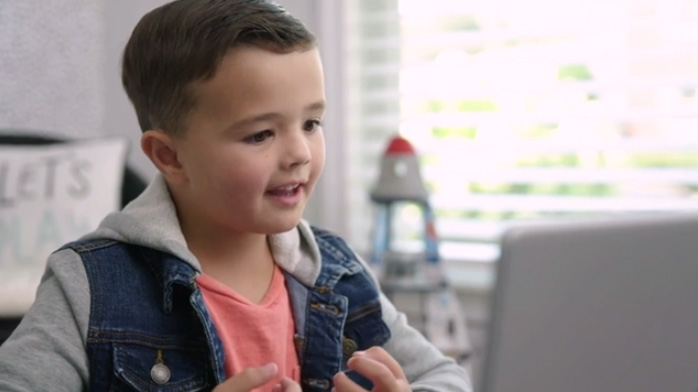 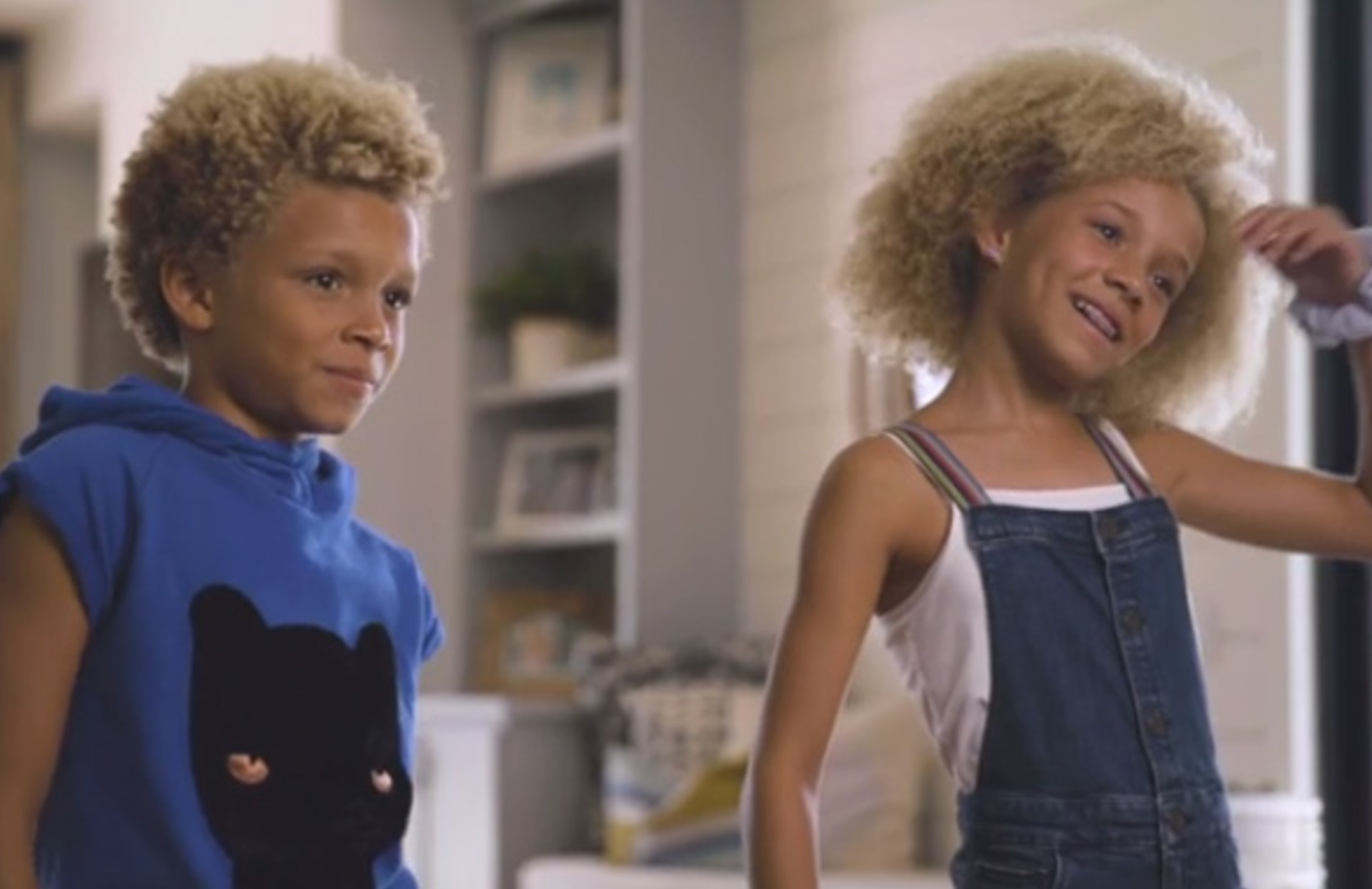 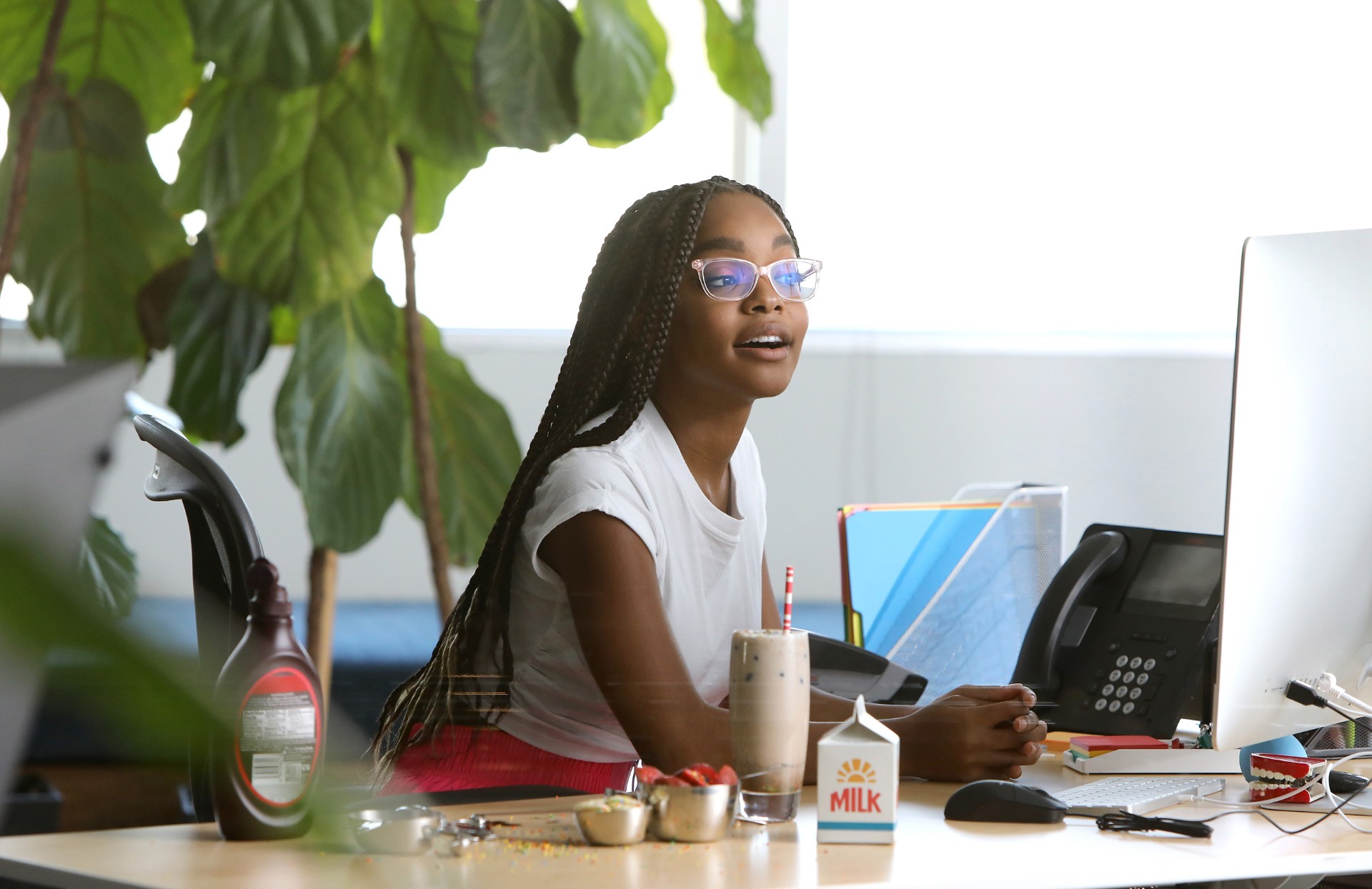 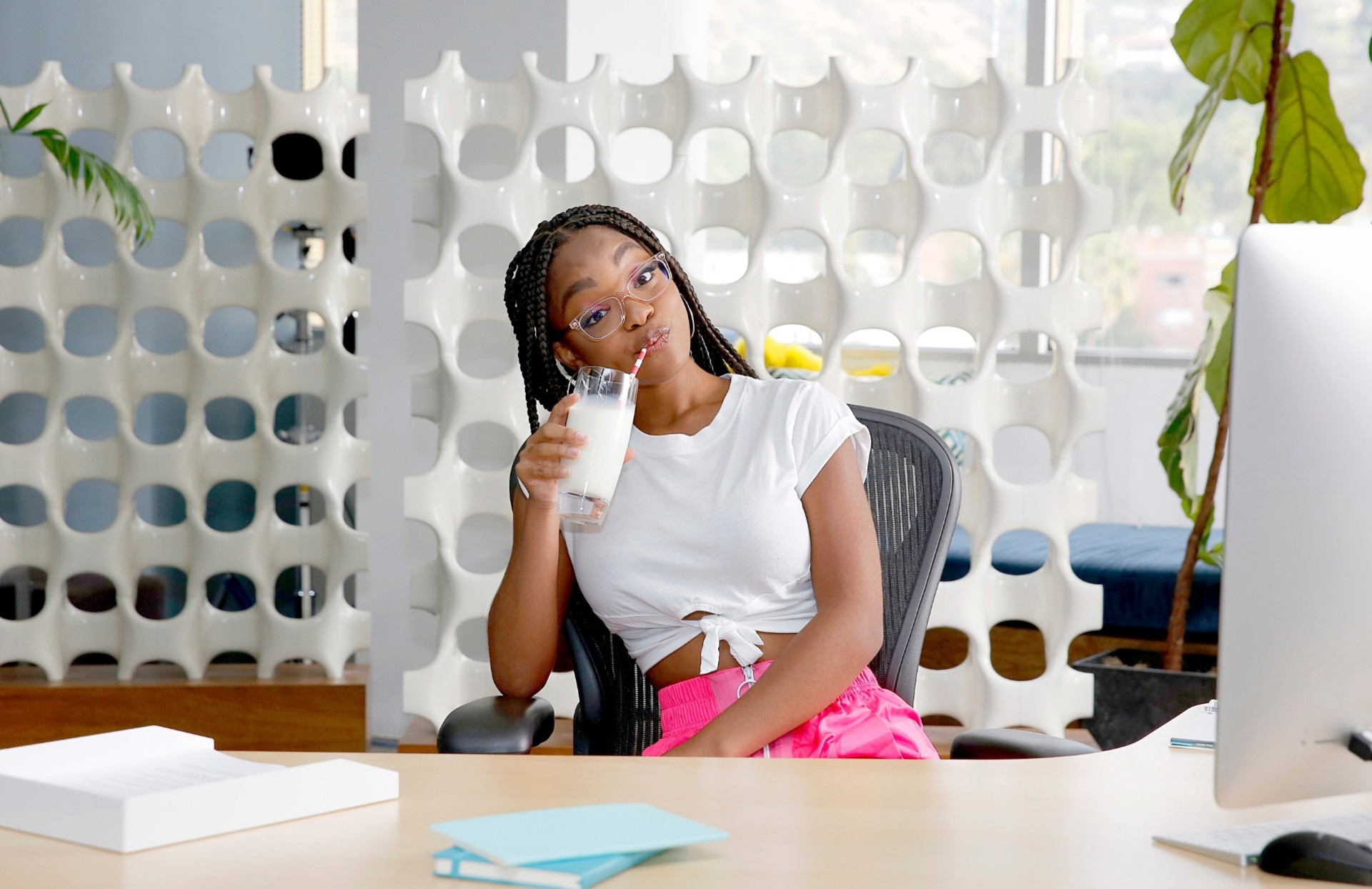 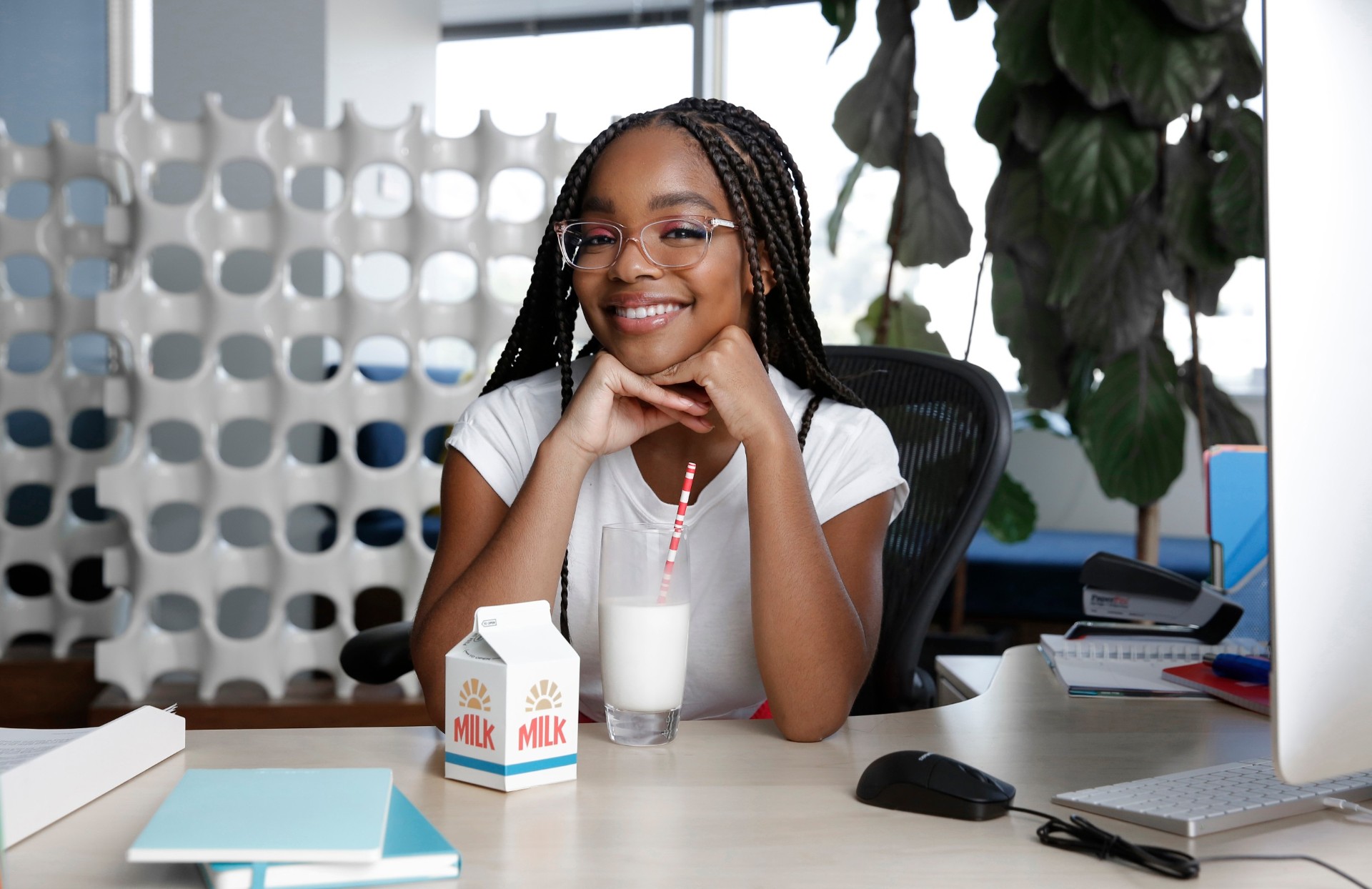 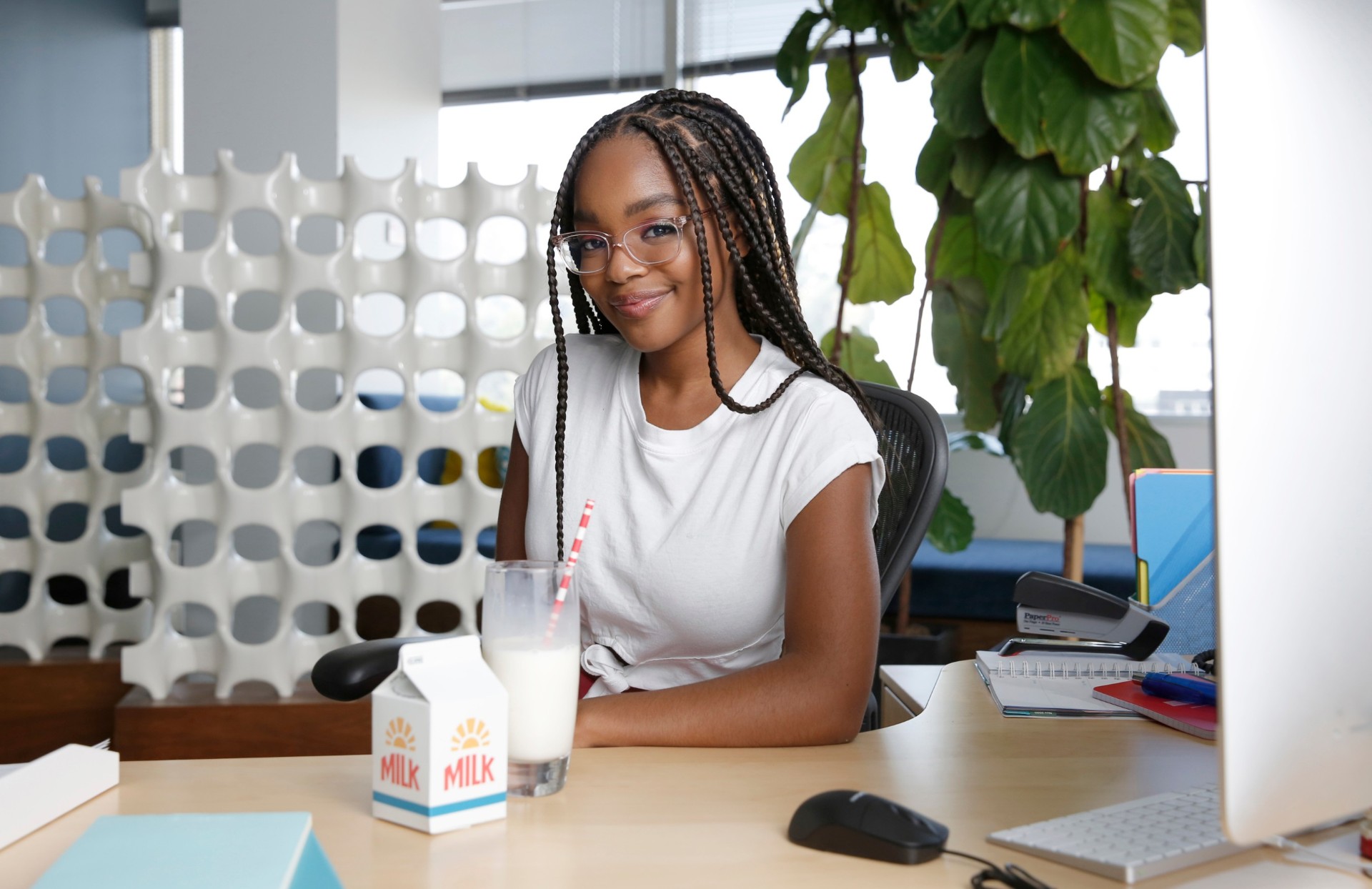 Everyone knows seeing a glass as half full versus half empty is associated with having an optimistic worldview. And no humans embody the glass half full perspective better than kids.  Via the "Glass Half Full News" weekly, episodic digital series, the creators of 'got milk?'  aim to nourish families with an alternative source of news updates. Tapping the contagious positivity, resilience and spark of imagination that children embody to help keep our spirits up during this unprecedented time,  and of course, demonstrating  how a glass of milk can fuel the way, the show is culturally attuned for today's diverse California kids and their families. Gleaning universal insights and infusing nuances to also offer unique culturally-relevant Spanish-language episodes via "El Vaso Medio Lleno Noticias", starting today, got milk? and toma leche will release segments on www.ghfnews.com and "El Vaso Medio Noticias" on www.vmlnoticias.com, respectively.

"We hear it all the time that kids are resilient. But what does that mean, and why does it matter so much right now?" said Steve James, Executive Director of the California Milk Processor Board and visionary leader of 'got milk?'. "We know milk has a role to nourish families nutritionally, but also emotionally through our got milk?/toma leche campaigns.  We are encouraging families to find that silver lining and bring their own glass half full perspective to life. During this pandemic lockdown kids have dramatically changed everything about their daily routines. Limited interaction with their extended family and friends, cancellation of activities, reimagined milestone moments and distance learning are just the tip of the iceberg.  However, as disruptive and unsettling as these challenging times are, they have also given kids the opportunity to grow and flourish creatively, in responsibilities and in ingenious ways to entertain themselves that might not have otherwise been navigated in more 'status quo' times. Glass Half Full News and El Vaso Medio Noticias is a celebration of that spirit, growth and ingenuity, but also that joyful silliness that we hope is positively contagious."

To launch the campaign, ABC's celebrated 'Black-ish' actress and Hollywood's youngest executive producer Marsai Martin went behind-the-scenes to serve as creative advisor, AKA Boss Lady, AKA Broadcast Queen to "Glass Half Full News" weekly episodes, where kids spread their contagious innocence and positivity with uplifting news segments, such as their greatest discoveries about their families, arts, culinary adventures, fashion, fitness and their imaginary trips during lockdown, with milk being their trusted drink of choice to fuel them.

To help tell bring the Glass Half Full News perspective to life further, got milk? and Martin collaborated with four of today's rising star 'kidfluencers' who are making a name for themselves in the social sphere via Instagram, TikTok and YouTube including: Leo Kelly (The Shirley Temple King), Zooey Miyoshi (Zooey in the City) and Stella and Blaise Bennett (Stella & Blaise). Each of these kid tastemakers deliver their own brand of pizzaz via engaging lockdown observations and field reports from home.

"Glass Half Full News" will also feature Mexican-American singer and GRAMMY and Latin GRAMMY-nominated artist Ángela Aguilar as got milk?/toma leche's ambassador and special guest star on the "El Vaso Medio Lleno Noticias edition. Aguilar, of the beloved "La Dinastía Aguilar' family, shares what she's been doing during quarantine and demonstrates her new way of living to keep herself happy, fostering new hobbies and looking at things in a positive way – with a spark of of adventure, joy and hope.

To help spread the word about the campaign, Martin, Aguilar and the four kidfluencer ambassadors are encouraging people to tune-in, watch and share "Glass Half Full News" and "El Vaso Medio Noticias" available today with new episodes released weekly through October on www.ghfnews.com and on www.vmlnoticias.com, respectively. To learn more about "Glass Half Full News"/ "El Vaso Medio Lleno Noticias" follow @gotmilk and @tomaleche on Instagram and across our social handles for more positive perspective storytelling and visit got milk?'s YouTube channel to watch more Glass Half Full News campaign content and both Marsai Martin and Ángela Aguilar behind-the-scenes on the set.

On a mission to bring a spark of positivity amidst a landscape of heavy-skewing conversation on behalf of CMPB, the campaign is the brainchild of creative agency GALLEGOS United, along with its sister agencies ROX United, CANVAS United and LUNA United, agencies within the UNITED COLLECTIVE creative communications group.

About the California Milk Processor Board Since 1993, the California Milk Processor Board (CMPB), creator of the famous got milk? campaign, has been committed to increasing milk consumption throughout California. Its latest initiative, "Bones Love Milk," is dedicated to educating youth on the real benefits of milk as "nature's energy drink" in an unconventional way, showcasing how milk is a true nutrient powerhouse, delivering strong bones, energy, hydration and muscle recovery. The CMPB is funded by all California milk processors and administered by the California Department of Food and Agriculture. The got milk? trademark is a federally registered trademark and service mark. For more information, visit www.gotmilk.com.