BEIJING, June 11, 2021 /PRNewswire/ -- Blued, a world-leading online LGBTQ+ community platform connecting over 60 million users across continents, has launched the global #liveyourpride campaign to celebrate Pride 2021. Kicking off with a fresh new global brand video, the campaign will feature an online Pride party on the Blued app, a vibrant rainbow app UI, and extensive local activations in countries across the globe. 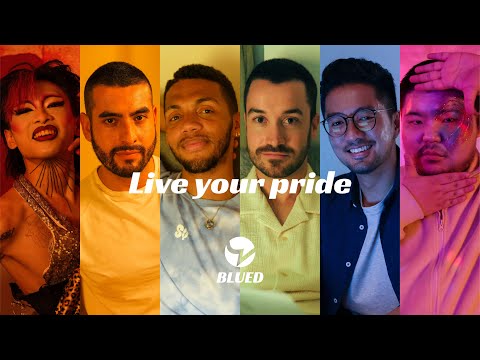 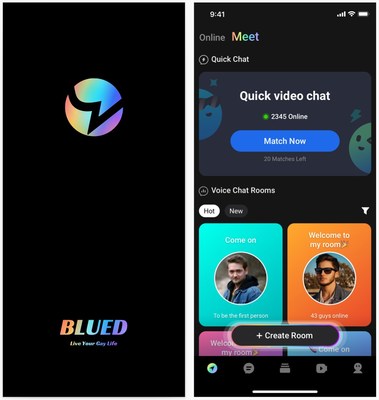 While lockdowns persist in many parts of the world, resulting in the cancelation of offline events, Pride 2021 is nonetheless powering forward, bringing together the global LGBTQ+ community in a celebration of inclusivity and self-expression. To commemorate the special month as well as highlight its underlying message, Blued is launching the #liveyourpride campaign to advocate inclusivity and diversity as fundamental, everyday values.

"As a leading online global LGBTQ+ community, Blued believes that pride goes beyond this all-important month and represents values that should be embraced every day," says Baoli Ma, founder, Chairman, and CEO of BlueCity, Blued's parent company.

"While the pandemic may have affected offline gatherings, we are bringing them online, uniting our community in a positive celebration of who they are. We are all each other's allies, and we encourage everyone to live their pride – and themselves – to the fullest."

To kick off the campaign, Blued has released its new global TVC encouraging the LGBTQ+ community to #liveyourpride. It features individuals from all walks of life and cultures as they share their real selves on the Blued app and connect with others via social posts and livestreams, in a heartwarming celebration of individual identity.

In addition to its location-based social networking services, Blued also provides livestream services, which have kept users connected and entertained during the pandemic. From hosting chats and talent shows to one-on-one battles and multi-streamer sessions, these diverse formats have ensured that the community continues to thrive, during a challenging time.

In 2020, Blued launched its "Meet" feature, allowing users to participate in live video speed-dating based on spoken language and location, to overcome the difficulties of offline encounters during the pandemic. It was then followed by the introduction of "Voice Chat Room" in several markets, for those who prefer audio communications or have greater privacy concerns.

During Pride month this year, Blued will present "Blued Nightclub" from June 15th to 29th, which combines the app's diverse features to create an immersive, fun-filled experience. This special event allows users around the world to meet up in the online virtual club and enjoy special DJ sets, to celebrate Pride at home, both safely and together.

Starting in early June, Blued also features a special rainbow UI to commemorate Pride month. The iconic Pride rainbow will be displayed prominently on Blued's many app store pages, as well as in different locations within the in-app UI.

During Pride 2021, Blued will also launch special campaigns across different countries and regions that are tailored to the local community.

In China, India, South Korea, Thailand, Vietnam, and the Philippines, Blued is partnering with local media and influencers on multimedia projects that showcase the strength and solidarity of the LGBT community.

In South Korea, the Blued-sponsored movie "Made on the Rooftop" will be released in late June. It is directed by the award-winning director Kim-Jho Gwangsoo and closed last year's Seoul International Pride Film Festival. In Japan, in response to the rising call for marriage equality, Blued is launching a wedding campaign together with a local partner in mid-June.

In Latin America, aside from an influencer-driven social media campaign, Blued is partnering with a host of international brands on its Pride campaign in Mexico, among them MAC Cosmetics, Sky Vodka, Zoé Water, and Rounderwear, as well as local NGOs like IMPULSE. The campaign will also include offline events such as the Blued-sponsored comedic theater piece INFIELES and the weekly drive-in theater Autocinema. In Brazil, Blued is teaming up with the local NGO Casinha and the media Catraca Livre on a campaign that focuses specifically on "diversity" and "authenticity" within the local LGBT community, as well as providing support and donations to relevant charities.

Supporting LGBT charities has always been part of Blued's mission and focus; this was especially the case during the COVID-19 pandemic. In June 2020, following the outbreak, Blued held its first-ever global online Pride event, inviting users around the world to unite and celebrate the diversity of the community. All proceeds went to the Los Angeles LGBT Center's Pride Pantry, which provides groceries to the city's most at-risk LGBTQ+ residents, in partnership with local food distributors.

Blued has also partnered with non-profit organizations in markets such as Brazil, South Korea, India, Japan, the Philippines, and Vietnam to donate much-needed medical supplies and conduct critical COVID-19 training and education.

Mobile app Blued is a location-based social networking service that allows the LGBTQ community to conveniently and safely connect with each other and express themselves, integrating livestreaming services with customizable social news feeds, video and voice calls, as well as access to professional health-related services in select markets. The central hub for world-leading LGBTQ platform BlueCity (NASDAQ: BLCT), Blued is available in 13 languages and has connected over 60 million registered users worldwide in about 170 counties and regions. It is now the largest online LGBTQ community in China, India, South Korea, Thailand and Vietnam and has local operations in Brazil, China, India, Japan, Mexico, the Philippines, South Korea, Thailand, the US and Vietnam.

BlueCity CEO Baoli Ma Named in the Debut Edition of the Gaingels...

Get Flash(y) for the Holidays: Blued's New Seasonal Feature...