SHANGHAI, May 12, 2017 /PRNewswire/ -- Budweiser STORM Music Festival's 2017 press conference was held in Shanghai on May 11. Eric Zho, founder and CEO of A2LiVE, the producer and promoter of Budweiser STORM, announced the 2017 touring plans and cities at the event. 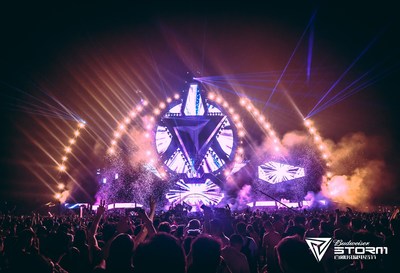 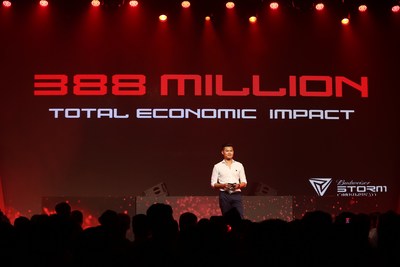 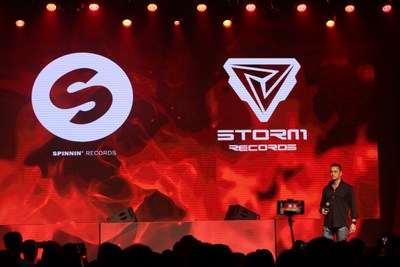 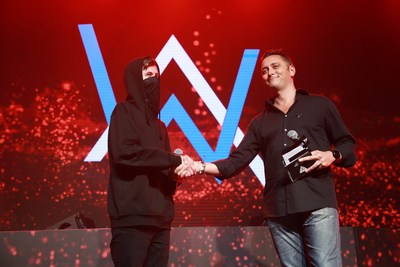 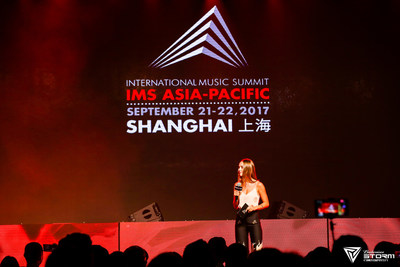 Having made a spectacular impact in 2016 on five major Chinese cities and received accolades from media and fans, Budweiser STORM announced its 2017 return to key markets plus expansionary plans into new cities within China, including Beijing, Shanghai, Chengdu, Guangzhou, Shenzhen, Nanjing, Hangzhou, Changsha, and Xiamen. More lovers of electronic dance music will be able to revel in Budweiser STORM's signature music and lifestyle experience at the festivals, or via live stream broadcast from their living rooms.

Additionally, Budweiser STORM Music Festival is delighted to announce its unprecedented spread to cities outside mainland China, touching down in Taipei and announcing STORM Australia as part of the 2017 tour. This marks a milestone for the development of the Asian electronic music industry, and for A2LiVE, the pioneering company that is leading the charge. Historically, the electronic dance music scene in China has drawn heavily from Western influences. With increasing numbers of international festivals taking aim at the enormous consumer market in China, the genre is getting more influences from outside its borders. When China-born titan STORM goes abroad for the first time, pushing its blend of international electronic music stars outside its home country, China will finally become more cemented in the world view as a real pillar of the electronic music community. Due to STORM's rapid expansion, more music lovers worldwide will experience the magical energy that STORM produces and propagates. China will no longer only take cues from abroad but will also play a crucial role in innovating, setting the trends and shaping the global dance music scene.

A2LiVE is also proud to unveil its latest project in the world of electronic dance music - Storm Records! This new record label has been formed in proud partnership with Spinnin' Records, the biggest and baddest independent dance music label in the world today. A2LiVE will collaborate with the iconic Amsterdam-based Spinnin' imprint in order to truly blend East and West - fusing together their vast networks of talented music producers around the world. This will generate interesting new artistic collaborations and a stream of releases that merits the backing of such highly respected industry leaders.

Electronic dance music has been trending hard with Chinese youth - rave to the world's best DJs at the 2017 Budweiser STORM Festivals!

Elaine Liu, Connections Director of AB-InBev APAC North, has deemed the past three years partnership with A2LiVe as a huge success. "Electronic dance music always inspires and encourages people to unleash themselves, which coincides with the spirit that Budweiser holds dear. It's great to witness the rapid popularization of electronic music within the Chinese youth market; more and more young people have started to unleash their true selves via the power of this musical genre and lifestyle. In some markets, tickets for the 2016 editions of the Budweiser STORM Festival sold out in minutes, and the limited-edition aluminum Budweiser STORM bottle became a fashionable and iconic image amongst electronic dance music fans. In 2017, together with A2LiVE, we will bring all Budweiser STORM Festivals to a whole new level of production, music programming, and surprises. Meanwhile, there are plans for a series of branded and themed events surrounding Budweiser STORM Festivals to bring these phenomenal experiences to even more consumers."

On the heels of Budweiser STORM Festival in Shanghai, International Music Summit (IMS) Asia Pacific is the three-day inspirational and educational dance music conference platform, where professionals in the international electronic music industry participate in a series of talks, interactive workshops and intimate networking opportunities.

Last year, A2LiVE brought IMS Asia Pacific to Shanghai, and gathered a broad range of industry giants to discuss the developments and challenges of the explosive electronic dance music industry in the Asia Pacific region. Two of the world's biggest electronic artists, Alesso and Skrillex, respectively shared how they built their profiles in Asia. Alesso announced his collaboration with Asia's Pop Mandarin Queen and vocalist Jolin Tsai-"I Wanna Know". In tandem with IMS Asia-Pacific and OWSLA, Boiler room returned to Shanghai with a special debut from IMS speaker Skrillex and was one of the most viewed and highest streamed Boiler Rooms ever. This year IMS Asia Pacific will return on September21-22, 2017. Early bird badges will be on sale on May 24 at imsasiapacific.cn. More information on IMS Asia Pacific, please visit the official website at imsasiapacific.cn, or follow " IMS_China" on Wechat.

A2LiVE is a live entertainment company based in Shanghai, and is the premier guiding force of the live electronic music industry in China today. Its mission is to become the leading vertically integrated electronic music platform in Asia, bringing the biggest and best destination electronic music experiences, music, video, news, and culture.

Budweiser, an American-style lager, was introduced in 1876 when company founder Adolphus Busch set out to create the United States' first truly national beer brand - brewed to be universally popular and transcend regional tastes. Each batch of Budweiser stays true to the same family recipe used by five generations of Busch family brewmasters. Budweiser is a medium-bodied, flavorful, crisp and pure beer with blended layers of premium American and European hop aromas, brewed for the perfect balance of flavor and refreshment. Budweiser is made using time-honored methods including "kraeusening" for natural carbonation and Beechwood aging, which results in unparalleled balance and character. More information on Budweiser, please visit their official website at budweiser.com.