NEW YORK, April 23, 2019 /PRNewswire/ -- Bulleit will return to this year's Tribeca Film Festival, presented by AT&T, for the second year, bringing the brand's latest Frontier Works project -- The Bulleit 3D Printed Frontier Lounge -- to one of New York City's hottest cultural events. Film, technology, music, art and design will converge in the space to create an immersive and intimate 3D printed whiskey experience unlike anything anyone in the Big Apple has ever seen before.

In collaboration with the architecture and design practice FAR frohn&rojas, the 3D fabrication team at Machine Histories, popular bartender Melissa Markert, and robotics pioneer from Print A Drink Benjamin Greimel, Bulleit brings its 3D Printed Frontier experience to Tribeca Film Festival. During a series of private invite-only events at Studio 525, Melissa, along with a team of other well-known New York bartenders will serve some of the world's first 3D printed cocktails. The space will be further brought to life with music from cutting-edge New York-based DJs, Odalys and Angel and Dren, as well as a series of high-tech lighting projections featuring content from some of the films debuting at this year's Festival.

At the 3D Printed Frontier Lounge, Bulleit will host actors, filmmakers, and celebrities, for post-film screening after parties for films including Crown Vic, Plus One and the 25th anniversary celebration of Emmy Award-winning cultural sensation, In Living Color. In addition, all fans and festival-goers 21 years of age and older can visit https://guests.bulleit.com/ for a chance to experience the space from 7-10pm ET beginning Wednesday, April 24th through Friday, April 26th. Please note that space is limited and therefore confirmed RSVPs will be accepted on a "first-come, first-serve" basis.

In addition, as the official sponsor of this year's New York Shorts Film program, Bulleit will support 63 diverse and engaging shorts, and the pioneering international and U.S. filmmakers who created them. Continuing the brand's dedication to empowering those on the frontier of culture, Bulleit is proud to be a part of Tribeca's tradition of discovering talent and encouraging filmmaker development.

"Cultivating cultural partnerships and making friends on the frontier is at the heart of Bulleit and our Frontier Works projects," said Sophie Kelly, Sr. Vice President of Whiskey at Diageo North America. "When you think about Tribeca Film Festival, it's a celebration that goes beyond filmmakers. It's a massive cultural program and we're thrilled to bring the Bulleit 3D Printed Frontier to this iconic moment in this iconic city, giving people an amazing social and cultural experience, which is at the core of what we do."

The Bulleit Frontier Works Experience previously made stops in cultural hotspots Oakland, CA at the city's historic Sixteenth Street Station, and Austin, TX ahead of this year's SXSW conference and Festival. For more information about the Bulleit 3D Printed Frontier, adults 21 years old and older can check out @Bulleit on Instagram.

To find more out about Bulleit Frontier Works on the web, head here: https://www.bulleit.com/frontier-works/

We know the top shelf bartenders in our 3D printed lounge are among the best in our craft, but adult consumers who join Bulleit on the frontier are always encouraged to drink responsibly.

About Bulleit Frontier WhiskeyBulleit is one of the fastest-growing whiskeys in America, founded in 1987 by Tom Bulleit, who attributes that growth to bartenders and cultural partners who've adopted it as their own. The Bulleit Frontier Whiskey portfolio is distilled and aged in the Bulleit family tradition, using a distinctive high rye recipe, which gives them a bold, spicy taste. Most recently, Bulleit Barrel Strength Bourbon won a Double Gold medal and Best Straight Bourbon at the 2018 San Francisco World Spirits Competition.

Now ranked as one of the fastest-growing whiskeys in America, Bulleit Distilling Co. calls Shelbyville, Ky. home since the 2017 opening of its state-of-the-art distillery and the much-anticipated spring 2019 opening of its high-tech and sensory-rich Visitor Experience. Guests will have the opportunity to learn more about the past, present and future of Bulleit when visiting this latest addition to the Kentucky Bourbon Trail®. For more information, visit www.bulleit.com or follow @Bulleit on Instagram.

About the Tribeca Film FestivalThe Tribeca Film Festival, presented by AT&T, brings visionaries and diverse audiences together to celebrate storytelling in all its forms, including film, TV, VR, gaming, music, and online work. With strong roots in independent film, Tribeca is a platform for creative expression and immersive entertainment. The Festival champions emerging and established voices; discovers award-winning filmmakers and creators; curates innovative experiences; and introduces new technology and ideas through premieres, exhibitions, talks, and live performances.

The Festival was founded by Robert De Niro, Jane Rosenthal, and Craig Hatkoff in 2001 to spur the economic and cultural revitalization of lower Manhattan following the attacks on the World Trade Center. Now in its 18th year, the Festival has evolved into a destination for creativity that reimagines the cinematic experience and explores how art can unite communities. The 18th annual edition will take place April 24 - May 5, 2019. www.tribecafilm.com/festival

About DiageoDiageo is a global leader in beverage alcohol with an outstanding collection of brands including Johnnie Walker, Crown Royal, Bulleit and Buchanan's whiskies, Smirnoff, Cîroc and Ketel One vodkas, Captain Morgan, Baileys, Don Julio, Tanqueray and Guinness. Diageo is listed on both the New York Stock Exchange (DEO) and the London Stock Exchange (DGE) and our products are sold in more than 180 countries around the world. For more information about Diageo, our people, our brands, and performance, visit us at www.diageo.com. Visit Diageo's global responsible drinking resource, www.DRINKiQ.com, for information, initiatives, and ways to share best practice. 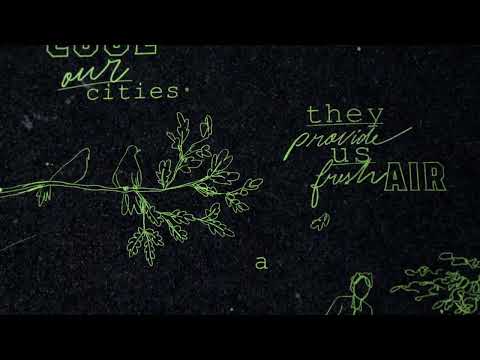