NEW YORK, Oct. 13, 2020 /PRNewswire/ -- Bulleit Frontier Whiskey announced today that it's teaming up with American Forests, the oldest national nonprofit conservation organization in the United States and a leader in forestry innovation, with the goal to plant one million trees over the next five years. As a fundamental part of the recently announced Bulleit Frontier Fund, this initiative reaffirms the brand's long-standing commitment to a more sustainable future for the bartending and hospitality industry, and the communities surrounding it.

As a brand focused on building community, Bulleit aims to support pioneers like American Forests who are pushing the frontier of sustainability forward, to aid in a healthier future of our planet. The partnership with American Forests announced today reflects this mission.

"At Bulleit, we believe now more than ever that businesses have a responsibility to our environment, our communities and our planet," said Sophie Kelly, Sr. Vice President of Whiskey at Diageo North America. "We're so excited about our partnership with American Forests, because it allows us to further our commitment to sustainability and help in the fight against climate change by planting these trees, which will provide a variety of environmental benefits for years to come including carbon sequestration, air purification, water conservation, and providing vital wildlife habitat."

The partnership will reforest eastern landscapes dominated by white oaks, a key species for wildlife, water conservation and forest products.

"White oak forests benefit every aspect of our lives, from providing clean air and water to the amazing smells and flavors in a glass of bourbon," said Jad Daley, President and CEO of American Forests. "This great new partnership with Bulleit will give back to these forests by taking care of white oak forests for long-term health and resilience."

Together, Bulleit and American Forests will not only plant trees but also utilize innovative forestry, including using prescribed fire to facilitate natural oak restoration and planting trees in ways that will help them thrive in a changing climate.

These one million trees planted through the Bulleit and American Forests partnership will provide a variety of environmental benefits for years to come. American Forests has calculated these benefits to include:

Bulleit has prioritized white oak restoration because in addition to being a cornerstone species of forests in the Eastern United States, white oaks are essential to the future of so many industries, including the whiskey industry. By definition, bourbon must be aged in new charred oak containers (e.g., barrels), and its thanks to white oak that the delicious toasty, vanilla, caramel, nutty notes come to life when consumers enjoy a glass of Bulleit Bourbon or Bulleit Rye. As the bourbon matures in the barrel, the wood naturally contracts and expands during Kentucky's four distinct seasons, pulling the liquid in and out of the inner portion of the stave, therefore bringing out wood sugars and tannins to enhance the whiskey's flavor over the years. Once one of our Bulleit barrels is used to age bourbon, the life cycle of the barrel continues with the majority of barrels being used for many years to age other spirits like scotch, rum, and tequila.

It is a priority for both Bulleit and its parent company, Diageo, to operate responsibly and preserve natural resources for future generations. The commitment of Bulleit to plant one million trees over five years, will contribute to support the United Nations Sustainable Development Goals.

Diageo is part of a group of organizations that are championing a green recovery and supporting the United Nations Sustainable Development Goals through various advocacy groups. Diageo recently signed onto the Business for Nature's Call to Action, joining more than 560 companies to urge governments around the world for collective action and ambitious nature policies.

In addition to its reforestation efforts in large landscapes, Bulleit has committed to supporting American Forests' goal of creating tree equity and green space in urban areas. These Community ReLeaf efforts are set to kick-off in 2021 in Louisville, KY.

A Commitment to Sustainability at Home

Sustainability has been a priority for Bulleit since we built the Bulleit Distilling Co. in Shelbyville, KY, which was recently honored with the title of 'Highly Commended' for Sustainable Distillery of the Year at Whisky Magazine's 2020 Icons of Whisky American Awards. The Shelbyville site includes the first ever industrial solar array in Shelby County, and a focus on reducing its carbon footprint by sourcing local ingredients from local farmers as well as on water conservation and waste management during production. In 2019, Bulleit continued the brand's commitment to a more sustainable future by implementing thoughtful practices at the Visitor Experience, such as sourcing locally-grown organic cocktail garnishes from our onsite garden, and a partnership with the non-profit Oceanic Global to ensure its tasting experience and cocktail bar aligns with The Oceanic Standard (TOS), a badge and certification for venues that have adopted sustainable operating practices and are committed to eliminating single-use plastics.

Most recently, with the new distillery in Lebanon, KY which is expected to be carbon neutral once operational– Diageo will implement a number of sustainable features that reflect its global commitment to reducing carbon emissions and move the company closer to its goal of sourcing 100% of its electricity from renewable sources by 2030. Bulleit will be the first and lead brand produced at the new distillery – supplementing existing production at The Bulleit Distilling Co. in Shelbyville, Kentucky. This move will further strengthen the brand's commitment to a more sustainable future.

Now, the Bulleit brand's commitment to the environment gains more momentum with its new partnership with American Forests and their goal to plant one million trees over the next five years.

As Bulleit continues to champion their commitments to build a more sustainable future, Bulleit reminds consumers to drink and live responsibly.

Bulleit, founded in 1987, is one of the fastest-growing whiskeys in America. The brand attributes that growth to bartenders and cultural partners who have adopted it as their own. The Bulleit Frontier Whiskey portfolio is distilled and aged in the Bulleit family tradition, using a distinctive high rye recipe, which gives them a bold, spicy taste. Most recently, Bulleit Barrel Strength Bourbon won a Double Gold medal and Best Straight Bourbon at the 2018 San Francisco World Spirits Competition.

In 2017, Bulleit celebrated its 30th anniversary with the opening of a new, state-of-the-art distillery located in Shelbyville, KY. Constructed with a focus on sustainable practices including natural habitat protection, water conservation and local ingredient sourcing, BDC received the Highly Commended award for Sustainable Distillery of the Year at the 2020 Icons of Whisky Awards from Whisky Magazine. In 2019, a Visitor's Centre at the Bulleit Distilling Co. in Shelbyville opened to share our modern, technological and sustainable approach to making great whiskey. For more information, visit www.bulleit.com or follow @Bulleit on Instagram.

Diageo is a global leader in beverage alcohol with an outstanding collection of brands including Johnnie Walker, Crown Royal, Bulleit and Buchanan's whiskies, Smirnoff, Cîroc and Ketel One vodkas, Captain Morgan, Baileys, Don Julio, Tanqueray and Guinness. Diageo is listed on both the New York Stock Exchange (DEO) and the London Stock Exchange (DGE) and our products are sold in more than 180 countries around the world. For more information about Diageo, our people, our brands, and performance, visit us at www.diageo.com. Visit Diageo's global responsible drinking resource, www.DRINKiQ.com, for information, initiatives, and ways to share best practice.

Since our founding in 1875, we have been the pathfinders for creating healthy forests from coast to coast. In the early 1900s, for example, we rallied forest advocates to champion creation of the U.S. Forest Service. In 2018, we won a decade-long campaign persuading Congress to provide stable funding for preventing and fighting forest fires.

Now we are focused on building a reforestation movement in America. We create healthy and resilient forests, from cities to wilderness, that deliver essential benefits for climate, people, water and wildlife. We advance our mission through forestry innovation, place-based partnerships to plant and restore forests, and movement building. Learn more at www.americanforests.org. 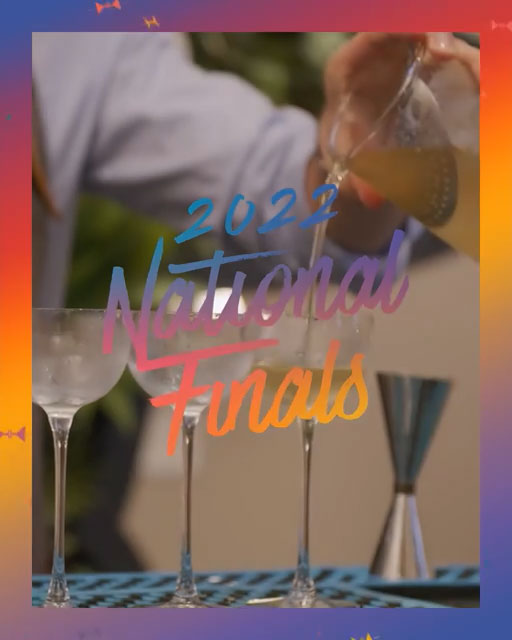 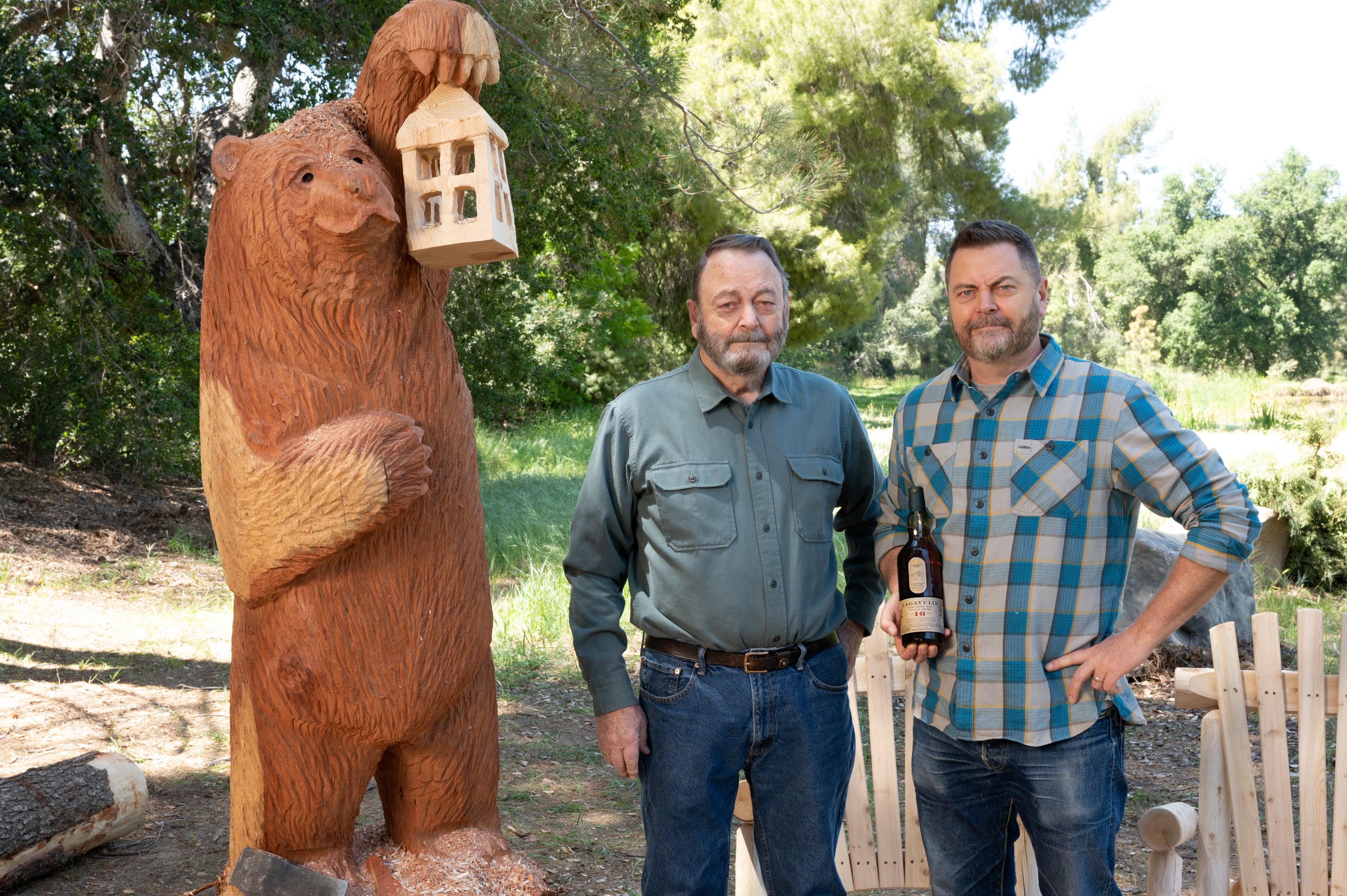 Nick and Ric Offerman Venture Off the Grid with Lagavulin This...