AMES, Iowa, June 30, 2020 /PRNewswire/ -- Bulrushes Media LLC  is excited to announce the launch of a newly released book, "The Lincoln Family Photograph: Moses in the Bulrushes" a book about how Abraham Lincoln gathered up his family to have a photograph taken of the family just hours before Lincoln's assassination; how the Harlan family photograph is associated with the Lincoln family photograph, and the 25-year journey to authenticate what the author bought from an amateur collector from Boone, Iowa in 1993. This book will prove who took the photo, when it was taken and where Abe Lincoln was for the 1-2 hours the Secret Service didn't know where the president was the afternoon before he was shot.

Bulrushes Media LLC believes this book will change the history of our 16th President, Abraham Lincoln.  Not only is this his only entire family photograph, but its been hidden from the public for 155 years. Much more important is that I believe I can prove this was taken by Alexander Gardner on the afternoon of April 14th. 1865, the day Lincoln was shot. One unbelievable chair that was used in both of my Lincoln family (1865) and Lincoln descendants' (1891) photographs solves the mystery, as I have located the very chair in a Lincoln museum recently.

In this book, Jay Morgan describes his obsessive 25-year-long odyssey—crossing and re-crossing the country, hiring photo experts, historians, and forensic investigators—attempting to validate a large 19th-century photograph he once bought for $50.  If the photograph is what he thinks it is, it would be the Holy Grail of historic images:  the only existing photo of Abraham Lincoln with his family, posing in the studio of his favorite photographer, Alexander Gardner,  taken in secrecy on the afternoon of the day Lincoln was shot—April 14, 1865.

This story could be the most interesting Iowa story to date. The Lincoln Family Photograph and its reciprocating James Harlan, (Iowa Senator) family group photograph is an unbelievable story. See the forensic video study of four recognized Lincoln family subjects below -1996, by William F. Riley PhD, engineering prof. at Iowa State University. 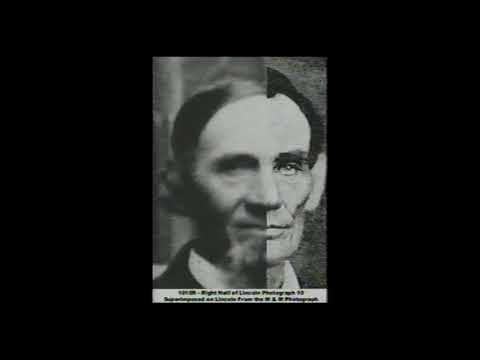