WASHINGTON and OTTAWA, March 26, 2018 /PRNewswire/ - The U.S. and Canada should launch a high-profile You Are Ready campaign to encourage women-led entrepreneurship, says the Canada-U.S. Council for Advancement of Women Entrepreneurs and Business Leaders. 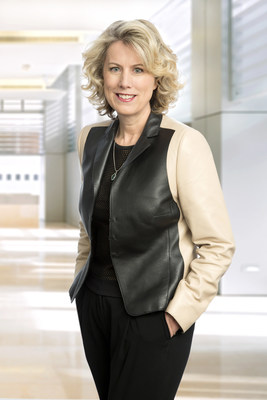 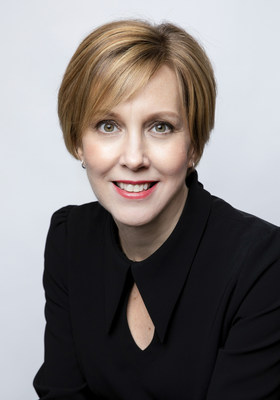 The Council's third report, titled Attracting Women Entrepreneurs, Encouraging Women to Start Businesses, expresses confidence that such a campaign would boost the two countries' competitive advantage in the global economy. "We believe that a campaign along the lines of Canada's Own the Podium program ahead of the 2010 Winter Olympics in Vancouver could lay the foundation for a huge increase in the number of female-led global enterprises headquartered in our two countries," the report says. We need to show the same boldness when it comes to women in business. As part of the campaign, a goal of achieving the highest-ever growth of female-led businesses within 10 years should be set.

The campaign is one of four recommendations proposed by Pillar Three of the Council's mandate, co-chaired by Dawn Farrell, President and CEO of TransAlta Corporation, and Deborah Gillis, President and CEO of Catalyst. Previous pillars have reported on supporting and growing women owned businesses, and expanding the role of women in science, technology, engineering and math.

Download the full Pillar Three report here https://advancingwomeninbusiness.com/pillar-three. Its recommendations are as follows:

The report acknowledges the tremendous strides made by women entrepreneurs over the past few decades. Whether measured by number of businesses, revenues, employees or taxes paid, their contribution to the U.S. and Canadian economies has grown phenomenally. According to the latest State of Women-Owned Businesses report, published by American Express, an estimated 11.6 million businesses in the U.S. are at least 51% owned, operated and controlled by one or more women. These firms employ nearly nine million people and generate $1.7 trillion in revenues each year.

But the report notes: "We cannot rest on our laurels. The story of women-owned businesses is one of unrealized potential. While women start businesses at almost the same rate as men, they struggle to turn those ventures into sizeable corporations."

Women-owned businesses are generally small, with limited growth prospects, and heavily concentrated in a handful of sectors. Just three sectors — healthcare and social assistance; professional and technical services; and other retail services — make up half of all women-owned businesses.

Vast opportunities remain for women to start and lead more high-growth businesses with national and global ambitions. A high priority should be to expand the presence of women-owned businesses in sectors that are set to dominate the emerging digital economy, such as artificial intelligence, machine learning and the internet of things.

The report underlines the importance of encouraging girls — of all ages — to take an interest in entrepreneurship. "Only by acquiring an entrepreneurial mindset from an early age will girls gain the vision and the tools needed to savor fully the risks and rewards of setting up, running and expanding their own businesses," it says.

"The evidence is striking," said Mrs. Farrell. "Women are proven business leaders in small and mid-sized business. Canada and the U.S. can make much better use of their competitive instincts, skills and entrepreneurial spirit to accelerate economic growth and prosperity. Imagine the power in attracting, engaging and inspiring a generation of confident women leaders, armed with their personal vision and the tools for success."

Ms. Gillis added: "Research proves there is a strong economic advantage to having more women in leadership roles in the workforce. Women-owned businesses are already creating and or maintaining millions of jobs in the U.S. and Canada, with an economic impact of trillions of dollars for both countries. It's time to create equal entrepreneurial opportunities for everybody in the communities we live in and serve. It's not just good for business, it's good for society: for women, men, families, communities, and economies."

About the Canada-U.S. Council

The Canada-U.S. Council for Advancement of Women Entrepreneurs and Business Leaders was established jointly by Prime Minister Justin Trudeau and U.S. President Donald Trump in February 2017. The Council aspires to expand women's participation in the economy and the number of women business leaders and thereby contribute to the growth, integration, and competitiveness of both the U.S. and Canadian economies. The Council comprises ten of the top female business executives in the United States and Canada. Their mandate is to develop recommendations that can reduce barriers that limit women's participation in business, support and develop women's professional advancement, and assist women in starting and scaling their businesses. The Council will release the remaining two pillar reports by July 2018. www.advancingwomeninbusiness.com

Dawn Farrell is President and CEO of TransAlta Corporation. She sits on the boards of Chemours, The Conference Board of Canada and the Business Council of Canada, and is a member of the Trilateral Commission and The Canada-U.S. Council for Advancement of Women Entrepreneurs and Business Leaders. Dawn has 30 years of experience in the electricity industry, spanning finance, business development, strategic planning, commercial operations, energy marketing and sustainable development. Dawn holds a Bachelor of Commerce degree with a major in Finance, a Master's degree in Economics from the University of Calgary, and has attended the Advanced Management Program at Harvard University.

Deborah Gillis is President & CEO of Catalyst, a leading global nonprofit dedicated to advancing women at work. The fourth President in Catalyst's 55-year history, Ms. Gillis advises world leaders, CEOs, and corporations on how to accelerate gender equality globally. In 2016 Ms. Gillis was named as one of Canadian Business magazine's 10 most influential Canadians, and received the Foreign Policy Association Medal. In 2017, she accepted an honorary Doctor of Laws honoris causa from Cape Breton University for dedicating her life's work to advocating for women's rights and equality. Ms. Gillis serves on the Board of Governors of St. Francis Xavier University.