DOVER, N.J., Feb. 20, 2020 /PRNewswire/ -- This February, Casio America, Inc., is excited to welcome keyboardist and vocalist, Ray Whitlock to its Artist Spotlight Program. Whitlock is among many renowned artists to join the program which aims to promote up-and-coming artists as well as established musicians. Casio provides artists with the best musical tools and technology to help inspire, create and perform on stage, in the studio and even at home.

From a young age, Ray Whitlock knew his love for music went beyond just a hobby. Whitlock learned how to read notes and play the keyboard at just six years old and continued studying music throughout college. Following his formal education, Whitlock worked on his personal style combining elements from 70's, 80's, and 90's music to create a unique and personal sound. During the early part of his career, Ray toured the U.S., Caribbean, and Canada with the country group, Cry Wolf, in which he served as keyboardist and background vocalist. This gave him the opportunity to experience exciting venues, expand his musical horizons and travel while learning from other musicians. Throughout his career, Whitlock shared the stage with some of rock's greatest names including Molly Hatchet, Bad Company, 38 Special, LFO, Willa Ford, and Dr. Hook just to name a few. Whitlock released a variety of CDs with his own songs including "New Beginning," a country/rock CD, "The Six Pack," as well a full rock CD entitled "Let It Burn." Whitlock is also known for his remakes of two singles - "Every Rose" by Poison as well as "Deeper The Love" by Whitesnake, both of which are available on iTunes.

"Early in my career I started using Casio keyboards and never looked back. Now I use Casio across the board – both in studio and on the road because I trust the brand to back me up," said Whitlock. "Not only are Casio keyboards super reliable, but they also offer a wealth of features and a top-notch sound quality that simply can't be found anywhere else."

Whitlock has relied on a variety of Casio keyboards over the years for both producing and performing. He favors the PRIVIA PX-S3000 and CT-X5000 which are his current go-to keyboards for performances due to their sound quality and wide range of features. Whitlock considers rock his main genre but dabbles in music that requires a multitude of sounds. In addition to his performance keyboards, he also utilizes Casio's PRIVIA PX-3, PX-5S, and XW-P1 synthesizer in studio for mixing sounds, editing and layering.

"We are excited to add Ray to the Casio family of artists," said Stephen Schmidt, Vice President of Casio's Electronic Musical Instrument division. "His passion for our brand, talent and love for music is infectious. Casio is proud to be Ray's go-to keyboard provider for performing, producing and rocking-out!" 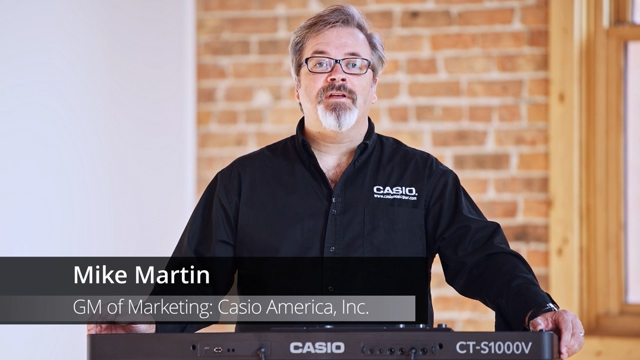