"If Congress fails to take action, I am concerned American companies that export to Russia— and the jobs supported by those exports— could be put at risk and we will be placed at a competitive disadvantage when Russia enters the World Trade Organization (WTO) later this year," Oberhelman said. "In the last five years, Caterpillar's exports to Russia from its U.S. factories totaled nearly $2 billion, but Russia's entry into the WTO, combined with PNTR, could open the door for greater exports and the American jobs that go along with those exports.  If Congress fails to approve PNTR, it could give Caterpillar's competitors based in Europe and Asia an advantage in the Russian market," Oberhelman added.

In testimony before the House Ways and Means Committee, Oberhelman also outlined the benefits to the United States economy based on Russia entering the WTO and Congress taking action to normalize trade with Russia. "When the United States negotiates trade and investment agreements like Russia's accession to the WTO, foreign barriers fall and new markets open for U.S. manufacturers, service providers, farmers and workers. Russia imported nearly $300 billion in goods in 2011, yet the United States accounted for only five percent of those imports.  An economy of this size should not be just our 31st largest goods export market. Clearly there is a lot of opportunity to increase U.S. exports to Russia," Oberhelman said.

Since 1992, the United States has maintained Normal Trade Relations (NTR) with Russia on a temporary, year-to-year basis. The WTO, however, requires its members to give each other PNTR. Secretary of State Hillary Clinton – and a long list of former U.S. diplomats – has endorsed Russia PNTR.

About Caterpillar:For more than 85 years, Caterpillar Inc. has been making sustainable progress possible and driving positive change on every continent. With 2011 sales and revenues of $60.138 billion, Caterpillar is the world's leading manufacturer of construction and mining equipment, diesel and natural gas engines, industrial gas turbines and diesel-electric locomotives. The company also is a leading services provider through Caterpillar Financial Services, Caterpillar Remanufacturing Services, Caterpillar Logistics Services and Progress Rail Services. More information is available at: http://www.caterpillar.com. 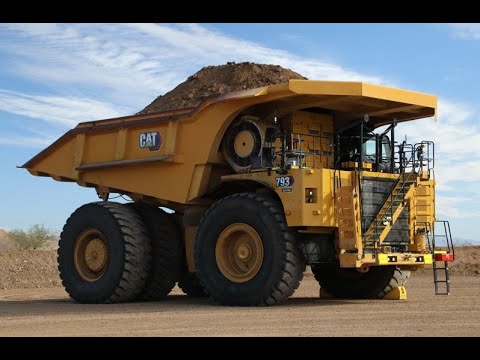