RANCHO SANTA FE, Calif., Sept. 17, 2020 /PRNewswire/ -- This month, Helen Woodward Animal Center will once again unite with animal welfare proponents and organizations worldwide for the 8th Annual Remember Me Thursday® (RMT). Honored on the fourth Thursday of September, the campaign asks pet lovers and animal rescue groups to create an unstoppable, integrated voice for homeless pets. Candle-lighting ceremonies and a global avalanche of social media buzz will shine a light on the millions of orphan animals still awaiting adoption and encourage communities to opt to adopt and reduce the over one million homeless pets euthanized each year. As in previous years, some very big names are stepping forward to lend their support to the cause including TV actress Jennie Garth, who has been named the 2020 Official Spokesperson for the campaign. Helen Woodward Animal Center encourages the world to join with these philanthropic celebrities and to be a part of this very special day, Thursday, September 24th, 2020.

As the campaign's 2020 Official Spokesperson, Jennie Garth is an actress best known for starring as Kelly Taylor throughout the Beverly Hills, 90210 franchise (1990–2000) and Val Tyler on the sitcom What I Like About You (2002–2006). In 2019, she co-created the Fox meta series BH90210 with Tori Spelling, her former Beverly Hills 90210 co-star. She was also a celebrity judge on the Hallmark Channel's American Rescue Dog Show. She has starred in several movies made for TV, a number of which she produced herself. Jennie shares her life with her family and their dogs Pinky, Sandy, Pearl, Buddy, and Fauci (named after Dr. Fauci) who Jennie's family began fostering during the COVID-19 quarantine and is now a beloved member of the family.

Regarding her love of animals and the special day, Garth stated: "Pets make me smile. Whether it is the wag of a tail, their soulful eyes, or their unconditional love, they know how to spread joy. On Remember Me Thursday®, join me in spreading the joy (and smiles!) that pet adoption can bring!"

Garth leads an impressive list of celebrity supporters also aligning themselves with RMT. Notable personalities, professional athletes, pet behaviorists and social media pet stars have signed on as "luminaries," committing to share their thoughts on pet adoption in videos and via their social media accounts throughout the campaign. At press time, nearly 100 influential luminaries have joined the cause, including:

RMT was established in 2013 by Helen Woodward Animal Center President and CEO Mike Arms. Moved by the staggering statistic of over one million homeless pets who lose their lives each year in the U.S., Arms put out a call to rescue organizations in an attempt to create a global awareness campaign. As creator of the International Pet Adoptathon and the International Home 4 the Holidays® program (placing over 17 million pets in homes since 1999), he was able to send out an expansive request and the response was significant.

Now in its eighth year, RMT has been supported by 190 countries with hundreds of thousands of individuals and more than 1,000 separate animal welfare organizations around the globe holding candle-lighting ceremonies of their own, spreading the message on social media, or lighting a virtual candle. The enormous swell of celebrity support has resulted in the topic trending each year on both Facebook and Twitter, garnering more than 1 billion social media impressions since its start.

This year, for the first time ever, representatives from animal welfare organizations and campaign luminaries from Australia, Bulgaria, Canada, Denmark, Estonia, New York, North Carolina, Singapore, and the United Kingdom, have decided to unite on an international Zoom call to share the significance of RMT within their respective organizations and countries. Speakers from each organization will share the state of animal welfare in their area and how they are commemorating the pet adoption awareness campaign. The virtual program will also include words from RMT founder and Center President and CEO Mike Arms, a reading of the official RMT poem and a heartfelt international candle lighting in remembrance of the millions of orphan pets still waiting in shelters for their own forever. The public is welcome to log on and watch the program which kicks off Thursday, Sept. 24 at 9:00 a.m. PST.

The one-of-a-kind international RMT Zoom call will be available online for the animal-loving public to watch. Those who wish to register to watch can click here. The public can also get involved by tweeting, tagging, posting and sharing the beauty and life-saving significance of pet adoption using the hashtag #RememberMeThursday and #SeeTheLight and @hwac.

For more information on Remember Me Thursday® and a full list of participating celebrities and animal welfare organizations, go to www.remembermethursday.org. 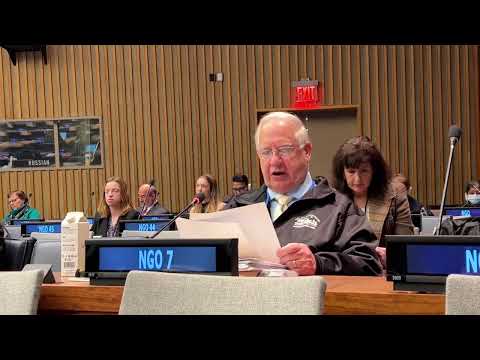 A VOICE FOR ANIMAL WELFARE WORLDWIDE