LOS ANGELES, July 25, 2019 /PRNewswire/ -- Global ambassador, and pre and postnatal yoga teacher Desi Bartlett has partnered with Manduka to produce a brand-new, one-of-a-kind yoga mat. The eQua Luna, an innovative round mat, is designed to provide a wide range of motion, making it the perfect pick for everything from restorative to yin to pre and postnatal practices.

"There's 360 degrees of freedom," says Desi. "In yoga, we practice sun and moon salutations. So it made sense to me to have a mat inspired by the luminaries. I also have a dance background so I love the idea of taking hard edges off of movement. Working with arcs, spirals, and circles brings in new creative movement patterns."

The new eco-friendly mat, which is available in two celestial-themed patterns, became an instant hit after debuting on Manduka's website last May. "The eQua round mat surpassed all expectations," says Craig Stiff, Director of Product at Manduka. "It sold out in just four days. This spike in demand validates Desi's commitment to working with mothers and children. Her innovative design makes it very popular for prenatal and mommy-and-me practices."

Despite the frenzy surrounding its release, the eQua is finally back in stock for $120. Desi's celebrity clients include Kate Hudson, Shailene Woodley and Alicia Silverstone; Most notably, Silverstone recently gave the eQua rave reviews after testing it out at home with her son Bear. "Yoga time with my precious Bear on our @mandukayoga Luna Sunrise mat," Silverstone posted on Instagram.

The mat is available exclusively on https://www.manduka.com/round-mat.html.

About DesiDesi Bartlett, M.S., CPT E-RYT, is one of the most in-demand pre and postnatal yoga instructors in  Los Angeles. Her innovative and inspirational approach to teaching new moms how to stay strong and sexy throughout their pregnancies has earned her a devoted following among celebrity clients such as Kate Hudson and Alicia Silverstone.

The mother-of-two leads pre and postnatal yoga at YogaWorks Playa Vista, as well as empowering women through her popular Mothers Into Living Fit program. She has starred in nearly a dozen yoga, fitness and dance DVDs, including Better Belly Yoga, Latin Groove and Prenatal Yoga.

Desi is also a featured instructor for Beachbody on Demand's prenatal yoga program. She holds teaching certifications in yoga, personal training, pre and post natal fitness and group fitness, and is a continuing education provider for the National Academy of Sports Medicine, Yoga Alliance and  National Council for Personal Trainers.

Desi has appeared in publications including Self, Yoga Journal, Shape, Prevention, Parents, Fit, Latina and LA Yoga, as well as on television as a health and wellness expert for ABC, NBC, Fox, Univision and the Hallmark Channel. 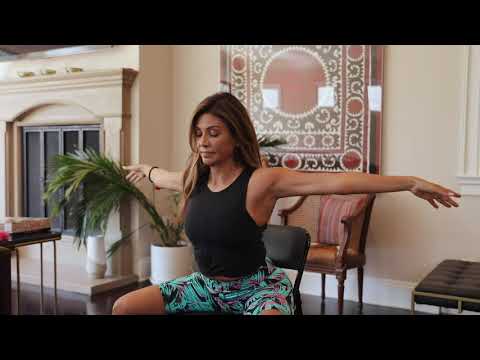