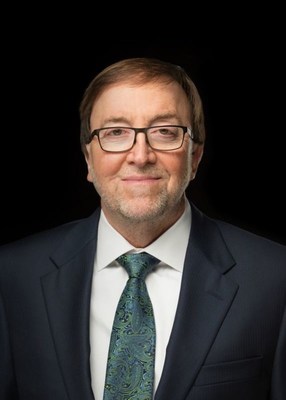 "After serving as CenturyLink's CEO for more than 26 years, I have decided to retire effective at this year's shareholders' meeting," Post said. "While my original plan was to stay in my role through the end of 2018, Jeff has more than demonstrated his ability to assume this leadership role and I believe we should make this change sooner than originally planned. Also, while I will continue to serve the company as a board member, I will not assume the role of chairman of the board in order to ensure there is clarity that Jeff will be CenturyLink's new leader," Post added.

"Through our employees' hard work and commitment and by the grace of God, CenturyLink has achieved remarkable success during my 42 years of service. Retiring after so many years is bittersweet, but I leave the company in great hands and I am confident in our future. I am grateful for the support I have enjoyed and I look forward to supporting Jeff as he leads CenturyLink in the years to come," Post concluded.

"Glen has done a tremendous job leading CenturyLink. His vision has equipped CenturyLink with the capabilities to meet the ever-increasing demand for bandwidth, provide the digitalization of life for our consumer customers and address the evolving complexity for our enterprise customers," said Storey. "We have great opportunities ahead and I am excited to be part of the team that is carrying this legacy forward."

The company also announced that Harvey Perry will remain in his role as chairman of the board of directors and Bruce Hanks has been appointed as lead independent director.

"Glen has led CenturyLink's impressive rise to be one of the world's premier communications companies," Perry said. "Under his leadership, CenturyLink's annual revenues have grown from $281 million in 1991 to approximately $24 billion, on a pro forma basis, in 2017 and total assets have increased from nearly $765 million in 1991 to over $75 billion at year end 2017. It's a remarkable track record. But just as impressive is the steady example of selfless leadership, concern for others and doing the right thing that Glen has exhibited during his more than 40 years of service. He has left an indelible impression on the culture and history of our company," added Perry. "And we are fortunate to have Jeff following in his footsteps. Jeff has worked tirelessly to make the integration a success. He has a proven track record and we are highly confident in his ability to take the reins from Glen and push our vision forward."

About CenturyLinkCenturyLink (NYSE: CTL) is the second largest U.S. communications provider to global enterprise customers. With customers in more than 60 countries and an intense focus on the customer experience, CenturyLink strives to be the world's best networking company by solving customers' increased demand for reliable and secure connections. The company also serves as its customers' trusted partner, helping them manage increased network and IT complexity and providing managed network and cyber security solutions that help protect their business.

Forward-Looking StatementsExcept for historical and factual information, the matters set forth in this release identified by words such as "expects," "anticipates," "believes," "plans," "intends," and similar expressions are forward-looking statements as defined by the federal securities laws, and are subject to the "safe harbor" protections thereunder. These forward-looking statements are not guarantees of future results and are based on current expectations only, and are subject to uncertainties. Actual events and results may differ materially from those anticipated by us in those statements. We may change our intentions or plans discussed in our forward-looking statements without notice at any time and for any reason.