DALLAS, May 21, 2018 /PRNewswire/ -- "Great. Another burger from another restaurant...what's new?" says you, the restaurant lover just looking for a delicious meal. Well, we here at Chili's® Grill & Bar are here to tell you what's new. "The Boss" that's who...er what. For the past month, The Boss was only available in three select cities during test, but now...everyone's meat dreams have come true. The Boss burger is now available at Chili's restaurants nationwide. 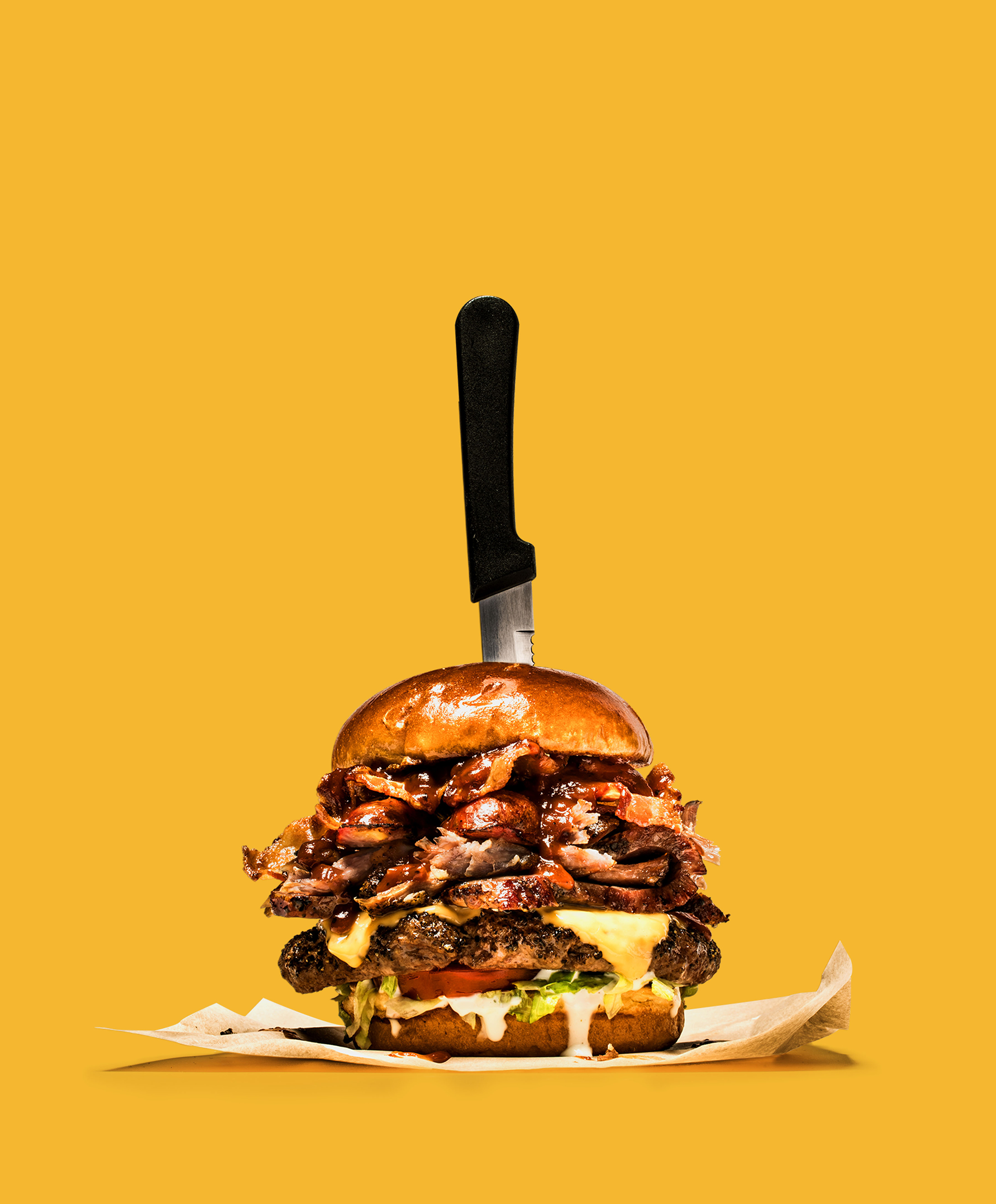 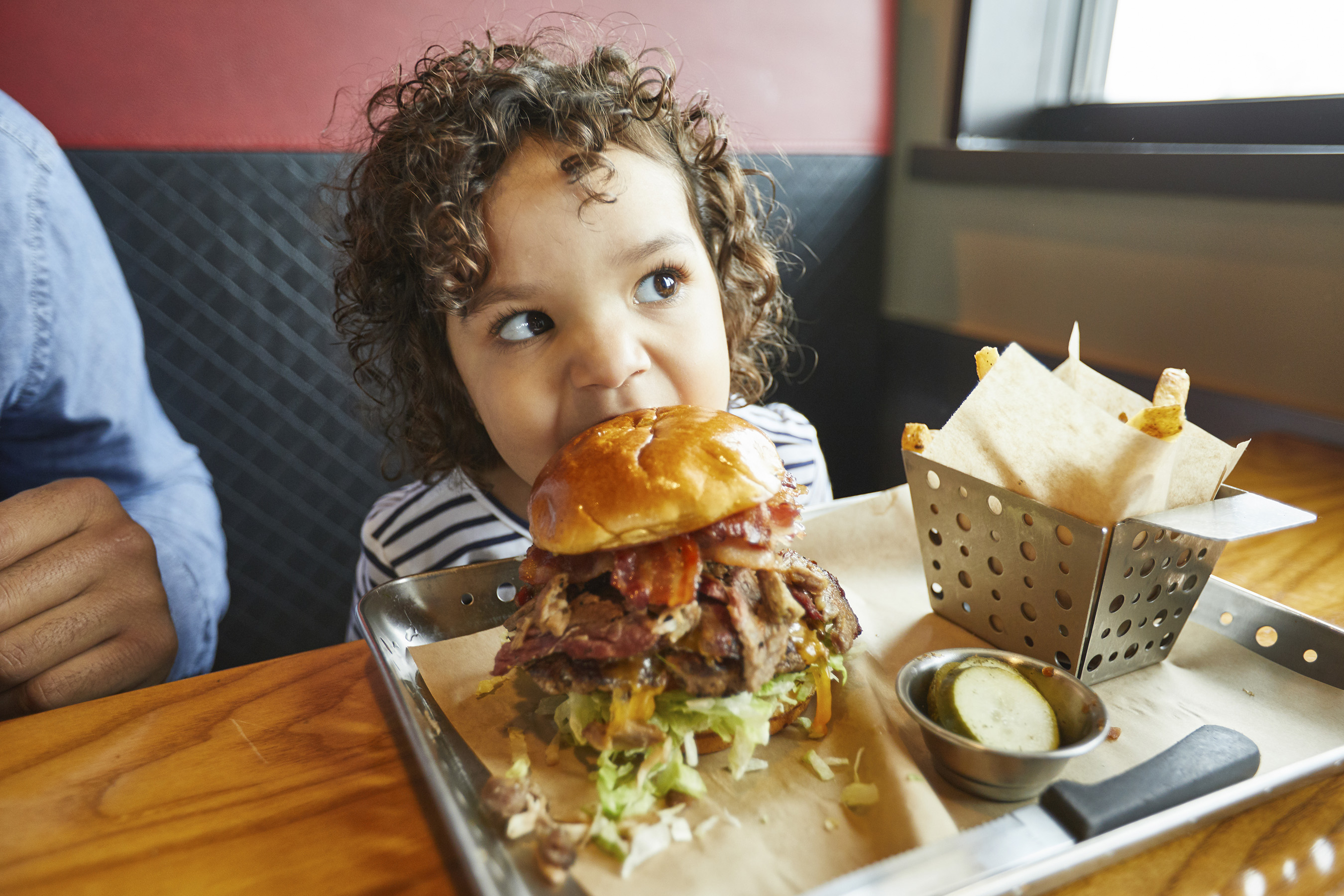 This burger perfectly stacks five meats (yes, FIVE) and high-quality ingredients into one massively delicious burger. This burger is not to be taken lightly. It puts every other burger to shame because frankly, it's the burger that all other burgers report to.

After an overwhelmingly positive response from the test markets and lots of questions of where people could find The Boss to taste for themselves, we decided the nation is ready for this near half-foot stack of meaty goodness. Who are we to deny everyone?!

In case you're having a hard time grasping the FIVE meats concepts, take a look at this: https://www.multivu.com/players/English/8246355-chilis-boss-burger/

Believe us now? Good, because our Chief Marketing Officer Steve Provost has some explaining to do about The Boss:

"When we look back on what truly made Chili's famous, we always come back to the same thing – burgers, ribs and fajitas. Chili's was the original gourmet burger concept back when we opened our doors on Greenville Ave. in Dallas, TX in 1975. America's love of burgers has never waned, but the bar for an exceptional burger keeps getting higher and higher. Well, at almost half a foot tall – and with bacon and rib meat and sausage and brisket stacked on top of our one half pound of burger meat – it's hard to get any higher than The Boss.

Still have questions? Yeah, we thought you might, so we tried to read your mind and answer a few below.

Why are you innovating with burgers?

Back in Sept. 2017, we said we're pulling in the reigns and focusing on what we do best: burgers, ribs and fajitas. First up is burger innovation, but don't expect us to stop here.

Are people actually going to eat this massive burger?

Psst...they already are! We've been testing The Boss in three markets and reaction has been crazy good! In April, we hosted a #ChilisUnderground event in our Test Kitchen in Dallas and invited an exclusive group to taste as well. See for yourself here.

Sooo...exactly how many calories are in this burger?

There's no hiding it, The Boss is ridiculously massive. All in, from bun to bun, you're looking at 1,650 calories total. This burger is a meal in itself and for some it can be lunch the next day. If you have the courage to "conquer The Boss" you have two options – gather your closest friends and family for a Chili's date to share this beast of a burger or if you're feeling particularly saucy and are up to the #ChilisBoss challenge then you can try to conquer this thing in one sitting on your own. We've been letting our Guests decide.

What else can we expect to see from Chili's?

Well, we can't give away everything. But, we came strong on the burgers. In addition to The Boss, we're introducing two other burgers Chili's Chili and Alex's Santa Fe.

Chili's Chili was on our first menu in 1975 and now it's back. This burger uses our original 1975 chili recipe. And yes, you should have seen this one coming, because of our name.

Alex's Santa Fe was dreamt up by one of our chefs who grew up in our Dallas restaurants, Alex Gomez, a consummate ChiliHead, who has been with us for more than 20 years. The Alex burger is notable for its fresh avocado, tomato, onion and pickles paired delectably but it's the secret spicy Santa Fe sauce that will have you saying, "I want another one of those burgers next week."

How do I get my hands on this burger?

If you're brave enough to try and conquer The Boss, visit your local Chili's and show us what you're capable of on social with #ChilisBoss. Pic or it didn't happen. We'll be watching.

About Chili's Grill & BarChili's® Grill & Bar is the flagship brand of Dallas-based Brinker International, Inc. (NYSE: EAT), a recognized leader in casual dining. Known for their signature menu items – burgers, fajitas, ribs and margaritas – Chili's offers fresh, bold and unexpected flavors. Each ChiliHead at more than 1,600 locations in 33 countries and two territories takes great pride in Chili's purpose of connecting with and serving Guests and giving back to the communities in which they are located. In addition to Chili's, Brinker owns and operates Maggiano's Little Italy®. For more brand-related information, visit chilis.com.