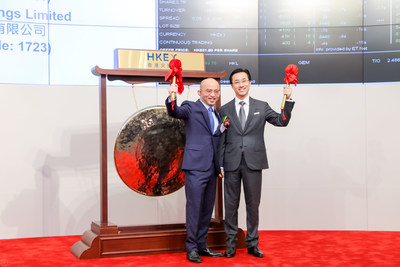 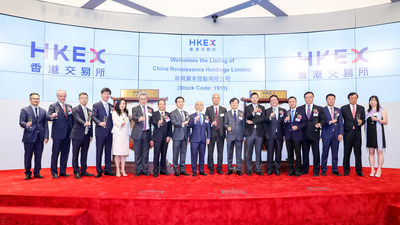 Mr. Fan Bao, Founder, Chairman, Executive Director and Chief Executive Officer of China Renaissance said, "Today, the successful listing of China Renaissance marks a major anticipated milestone of our business and embraces the prosperous development of China New Economy. We will continue to commit to our responsibilities and leverage the opportunities given to us by this era through nurturing Chinese entrepreneurs and better serving the China New Economy. We have received overwhelming support from investors from Hong Kong and all over the world and we wish to express our sincerest gratitude for their trust and support. We are also extremely grateful to those entrepreneurs and allies who grew alongside China Renaissance in recent year. We strongly believe that the 'China New Economy', which is driven by technology and innovation, will become the fundamental growth engine for Chinese economy in the next five years. It will account for one-third of the total Chinese economy size. By then, these will create huge potential market opportunities for China Renaissance as the financing demands will grow exponentially in order to sustain such rapid market development. As a listing company, we will speed up our development pace while facilitating more Chinese entrepreneurs, so as to continuously foster more unique technological and innovative giants in the future."

Leveraging the unique business model and leading position in the New Economy sectors, Ant Financial, LGT (LGT Group Foundation) and Snow Lake Funds are the three cornerstone investors of China Renaissance. During public offering, China Renaissance attracted many well-known international and local institutional investors to subscribe, including PICC Group, Coatue Management LLC, Sunshine Insurance Group, Keywise Capital, as well as the Capital Group, which is one of the largest and most experienced asset management companies. In addition, with the subscription of JD Finance, Hillhouse Capital Group and the Ontario Teacher Retirement Foundation (OTPP), which is the largest single-type specialized retirement fund in Canada, institutional investors have optimism and confidence in China Renaissance, as well as the long-term prospects and development of the new economy.

CR Group has offices in Beijing, Shanghai, Hong Kong and New York, with approximately 600 employees. As of March 31, 2018, we had advised on approximately 700 transactions worth over US$100 billion since our inception, and we had AUM of approximately US$4.1 billion in new economy investments.