STAMFORD, Conn., May 5, 2020 /PRNewswire/ -- Today, Cholula Hot Sauce and the Independent Restaurant Coalition (IRC) will host a virtual "Tacothon" on Instagram Live to raise up to $100,000 to support advocacy efforts for local restaurants struggling to reopen due to the COVID-19 crisis.

"Restaurants and bars don't just feed us, they're where life happens: where you meet a first date, see old friends, celebrate important moments, or simply talk about the day with loved ones," said Miguel Leal, Chief Marketing Officer at Cholula Food Company.  "Restaurants are an integral part of our society and provide millions of jobs. This is just one part of Cholula's effort, and we're proud to support our friends in the culinary community and to be part of this national movement to help them reopen and remain open."

The schedule is as follows:

Cholula will pledge $1 for every viewer that joins, up to $100,000 (with a minimum contribution of $50K) to support the IRC's efforts. The IRC was founded on the simple belief that there is power to affect legislative change if we unite our voice.

"Cholula understands that many independent restauranteurs are on the brink of having to close their doors permanently," said Tom Colicchio, Founding Member of the Independent Restaurant Coalition. "Right now the over 11 million servers, bartenders, line cooks and baristas you used to see every week are out of a job. Creative collaborations like this will help a larger audience of people understand what's at stake and hopefully encourage them to tell Congress to act. We're proud to have Cholula as a partner in our fight to give our favorite restaurants a fighting chance."

Independent restaurants contribute close to $1 trillion to the economy— or up to 4% of GDP— each year.  A recent study conducted by the IRC indicates that 80% of independent restaurant owners, in heavily impacted areas, are not certain they will be able to reopen after the crisis.

Last week, the IRC sent a letter to Congress calling for the creation of a stabilization fund that would help give independent restaurants the resources needed to reopen.

More information on the Independent Restaurant Coalition is available at: www.Saverestaurants.com.

ABOUT CHOLULA HOT SAUCECholula Hot Sauce is the delicious result of a recipe using a blend of arbol and piquin peppers along with a creative mix of spices and inspired by its rich Mexican heritage. The iconic wooden cap represents the true commitment to craftsmanship behind every product. In addition to the Original recipe, the product line includes five additional varieties – Chipotle, Green Pepper, Chili Garlic, Chili Lime and Sweet Habanero, which can be found at retail and in food service establishments nationwide. For more information about Cholula Hot Sauce, check out www.cholula.com. 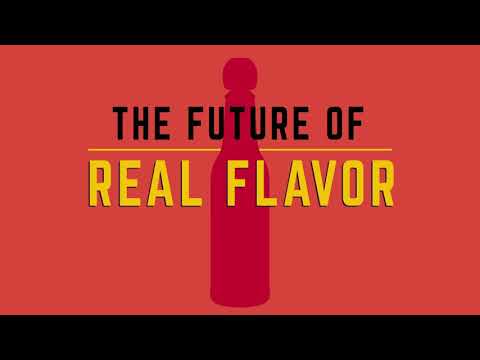