BOSTON, March 14, 2018 /PRNewswire-USNewswire/ -- City Year, an education nonprofit fueled by national service that helps students and schools to succeed, announced today that David L. Cohen and Jonathan S. Lavine have been elected co-chairs of its national Board of Trustees. 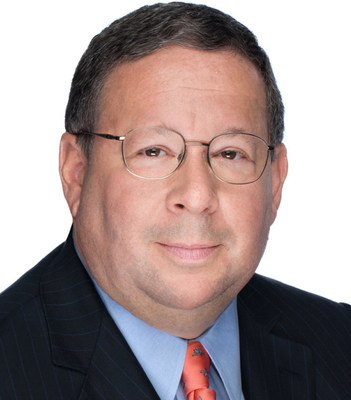 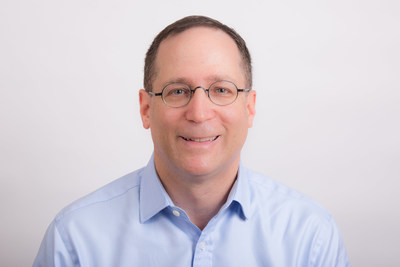 "I've been proud to be a City Year supporter for more than 20 years and I'm honored to serve as co-chair alongside one of City Year's biggest champions, Jonathan Lavine," Cohen said. "Education is a huge priority for our country, and ultimately, it is citizen service that empowers us to dream of a better tomorrow. Since 1988, City Year has invested in the success of schools and communities and supported the development of our next generation of leaders. I am looking forward to helping to steward the outstanding work of this organization across the country."

A longstanding supporter of City Year, Cohen has played a key role in helping to build City Year's partnership with Comcast NBCUniversal, which has invested more than $90 million in cash and in-kind support to City Year since 2003. Cohen also leads and serves on multiple boards, including as: Chairman of the Trustees of the University of Pennsylvania, where he received a J.D. summa cum laude in 1981; Trustee and member of the Executive Committee of Penn Medicine; Chair of the Philadelphia Theatre Company; Campaign Chair for the United Way of Greater Philadelphia and Southern New Jersey's 100th Anniversary; Co-Chair of the 2017-2018 Campaign for the Jewish Federation of Greater Philadelphia; and a member of the United States Semiquincentennial Commission, among others.

"It is an honor for me to continue to serve City Year, an organization I have believed in and been inspired by since it first launched, and to do so in partnership with David," said Lavine. "We know that the organization is poised for even greater impact in the years ahead and we are looking forward to leveraging the talent, wisdom and dedication of the board to help City Year achieve its ambitious goals to serve more students and schools."

"City Year is extraordinarily fortunate to have such deeply committed champions as David Cohen and Jonathan Lavine leading our national Board of Trustees. We are enormously grateful for their leadership, stewardship and vision," said Michael Brown, CEO and Co-Founder of City Year. "We are also excited to welcome Tushara Canekeratne, George Nichols, Enrique Salem and Wendy Spencer, all accomplished leaders and steadfast supporters of City Year, to our national Board."

Tushara Canekeratne is the founder and CEO of Nadastra, Inc., a knowledge driven global services company, and the co-founder of Virtusa Corporation, a global provider of software development and IT Services. A global leader and entrepreneur with more than 25 years of broad and deep experience in the information technology industry, Canekeratne also serves as a member of the Brigham and Women's Hospital Advisory Council, Harvard Graduate School of Education Graduate School of Education Dean's Leadership Council and Harvard University Campaign Executive Committee. She holds a B.S. in computer science and mathematics and received an honorary degree of doctor of the University from Loughborough University. Canekeratne was elected to City Year's national Board of Trustees on October 17, 2017.

George Nichols III is Senior Vice President, Office of Governmental Affairs at New York Life Insurance Company where he oversees all state, federal and international legislative/regulatory and public policy issues for the company. Before joining New York Life in January 2001 as Senior Vice President and Assistant to the Chairman, Nichols was the Commissioner of the Kentucky Department of Insurance. He also served as President of the National Association of Insurance Commissioners (NAIC) and Chairman of the International Relations Committee. Nichols received an M.A. from the University of Louisville, a B.A. from Western Kentucky University and an A.A. from Alice Lloyd College. He was elected to City Year's national Board of Trustees on July 11, 2016.

Enrique Salem is Managing Partner at Bain Venture Capital, where he focuses on infrastructure software and services with a specialization in cybersecurity. Previously, Salem was President and CEO of Symantec, a Fortune 500 digital safety company, where he also served as Executive Vice President of worldwide sales and marketing and president of consumer products; and President and CEO of Brightmail, the leading anti-spam software company. In 2011, Salem was appointed to President Obama's Management Advisory Board. He currently serves on the boards of DocuSign, FireEye, Atlassian and ForeScout. Salem was named 2004 Entrepreneur of the Year by Ernst and Young and Corporate Executive of the Year by Hispanic Net in 2007. For the past several years, Salem has served on the Board of City Year San Jose/Silicon Valley. He was elected to City Year's national Board of Trustees on January 25, 2018.

Wendy Spencer serves as President and CEO of Leadership Florida, a non-partisan convener of committed individuals that enhances the knowledge and leadership abilities of Florida's leaders through educational programs and encourages collaborative work for the betterment of the state. Prior to her appointment with Leadership Florida, she served a five-year term as the Chief Executive Officer of the Corporation for National and Community Service (CNCS). Spencer also has served Governors Rick Scott, Charlie Crist and Jeb Bush as the CEO of the Florida Governor's Commission on Volunteerism, commonly known as Volunteer Florida. She holds a B.A. in fine arts and speech communications from Valdosta State University. Spencer was elected to City Year's national Board of Trustees on March 28, 2017.

City Year's national Board of Trustees includes leaders in business, national service, public education and philanthropy from across the country. For a complete list of the City Year Board of Trustees and their biographies, please visit cityyear.org.

City Year helps students and schools succeed. Fueled by national service, City Year partners with public schools in 28 urban, high-need communities across the U.S. and through international affiliates in the U.K. and Johannesburg, South Africa. Diverse teams of City Year AmeriCorps members provide research-based student, classroom and school-wide supports to help students stay in school and on track to graduate from high school, ready for college and career success. A 2015 study shows that schools that partner with City Year were up to two to three times more likely to improve on math and English assessments. This year, 3,000 City Year AmeriCorps members are serving 223,000 students in 327 high-need schools across the country. A proud member of the AmeriCorps national service network, City Year is supported by the Corporation for National and Community Service, local school districts, and private philanthropy from corporations, foundations and individuals. Learn more at www.cityyear.org, City Year's Facebook page, on Twitter, and LinkedIn.