BARCELONA, Spain, Feb. 28, 2019 /PRNewswire/ -- CloudMinds Technology, a pioneer, developer and operator of cloud AI and robotic solutions today announced the launch of its cloud AI based, highly compliant service robot, the XR-1.  The announcement was made at Mobile World Congress in Barcelona, Spain, which focuses on mobile communications, 5G, AI, and IoT applications. 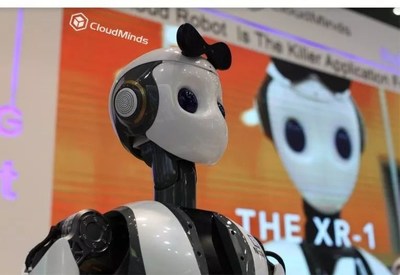 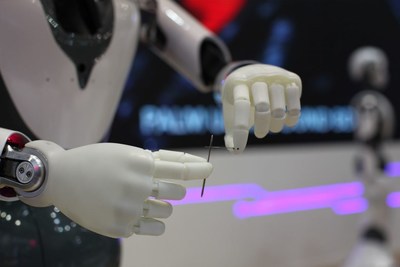 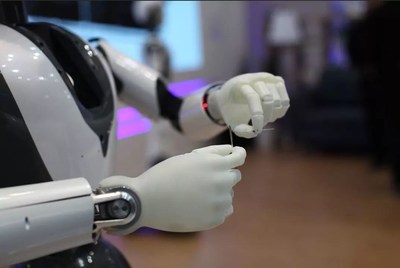 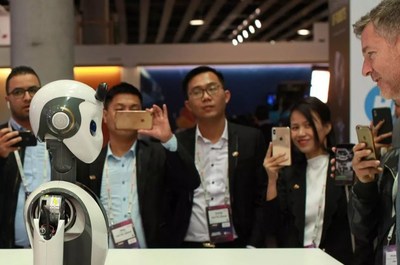 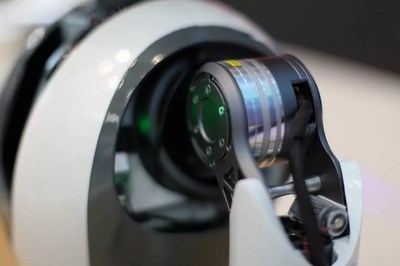 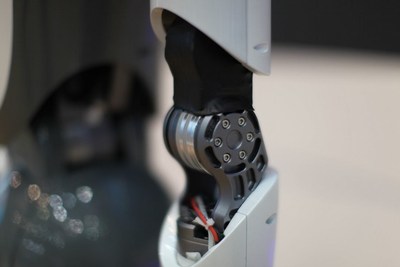 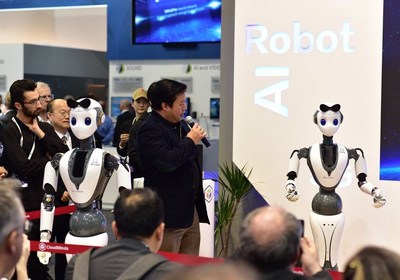 Developed by CloudMinds, the XR-1 is a highly intelligent service-oriented humanoid robot, representing a new level of technology development and commercialization in the area of intelligent robotics.

The advantage of a "cloud robot" like XR-1 is that, by placing its AI brain in the cloud, it can utilize powerful AI engines, collective learning capabilities, and scalability, to achieve a high level of intelligence while still providing low cost and low battery consumption for the robot body. The CloudMinds' cloud AI robotic operation platform has been deployed globally.

As part of CloudMinds' robotic demonstrations, in Hall 7 Booth 7A60, the XR-1 robot delivered beverages and coffee to guests with its flexible arms built with compliant joints. A "compliant" joint is a joint that can detect resistance force and stop its actions until the resistance is gone. During the interaction with guests at the show, the XR-1 used a multimodal sensing subsystem to understand its surroundings and tasks. The smart joints  (SCAs) sensed resistant force applied by humans and other objects, and operated smoothly in a compliant manner. The XR-1's 3D vision sensing system combined with HARIX platform's 3D object recognition and other advanced algorithms supports closed-loop visual feedback. These technologies enable the XR-1 to perform tasks accurately, smoothly and safely in an environment in which machines and humans coexist.

The XR-1's ability was further demonstrated in a needle-threading demonstration where it precisely guided a thread through the small hole of a needle, repeatedly and effortlessly. The act was accomplished by controlling 14 SCAs collectively, a very difficult precision level for compliant actuators to achieve.

Completing its AI capability package, the XR-1 is equipped with a powerful cloud-based natural language processing system. It can accurately understand human users' intents and take actions accordingly. It can also carry on meaningful and life-like conversations, even injecting humor at times.

Of course, the XR-1 is not "all work and no play." Intermixed with other demonstrations, the XR-1 danced to a number of songs ranging from soft melodies to heart-pumping rhythms, with human-like grace, agility and smoothness. The dance routines were learned from human dancers. The beautiful routines combined with XR-1's slender body and long arms mesmerized the audience.

SCA - The Cornerstone of Volume Production of Compliant Robots

To achieve compliant, flexible and smooth movements similar to humans', a robot needs high quality compliant joints. Until now, technologies that support such movement have remained in research labs rather than in commercial deployment, and have come at very high cost. To overcome that barrier, CloudMinds developed the intelligent and compliant actuator - SCA.

Each SCA has several dedicately embedded chips and multimodal sensors, supporting intelligent control algorithms and communication functions, to make the robot motion compliant, smooth, precise, and safe. This allows the robot to achieve human-like motion, or even better in some cases. The design also supports a variety of sizes to fit different robotic joints. Thanks to its highly integrated and compact design, and good support for applications, SCA has achieved a good balance of high performance and low cost. CloudMinds is ready to start mass production of the SCA, providing partners with much-needed components, features, and significant cost savings, elevating the entire service robotic industry.

"Based on a set of advanced technologies, CloudMinds will develop a number of intelligent compliant service robots, from wheeled to two-legged. Leveraging the 5G network's high bandwidth and low latency, our cloud AI platform will rapidly grow its intelligence as well as its deployment size. We will usher in a new era of service oriented robotics." - said Bill Huang, CEO and founder of CloudMinds.