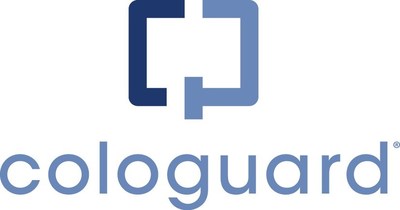 Today, the American Family Insurance Championship and Exact Sciences announced an expanded partnership that makes the Madison-based company and its noninvasive colon cancer screening test, Cologuard, one of the leading partners of the 2018 event. This will result in an expanded presence for Exact Sciences at the tournament, and bring the company's "Cologuard Challenge" Colon Cancer Screening Pledge to fans, tournament partners and volunteers.

"Exact Sciences and the AmFam Championship share a vision for helping people live their best lives possible so they can achieve their dreams – and staying on top of your health is a big part of that," said Kevin Conroy, chairman and CEO of Exact Sciences. "We're excited to work with the tournament organizers to help raise colon cancer awareness and contribute to the event's ongoing charitable impact in our community."

Madison-native and three-time PGA TOUR Champions winner Jerry Kelly launched the Cologuard Challenge screening pledge on tour in March 2018 at a players-only meeting during the inaugural Cologuard Classic in Tucson, Ariz. There, he asked all 78 players in the tournament field to commit to talking to their doctor about colon cancer screening and to getting screened. Before the tournament ended, all signed on to the pledge. Now he's challenging fans to do the same.

"With Cologuard, even if you can't play golf like a pro, you can screen like one," said Kelly. "I used Cologuard to get screened for colon cancer shortly after I turned 50, and fellow pros tell me they recently got screened too. Colon cancer is highly treatable if detected early, so it's important to ask your health care provider about your screening options."

Visitors to the on-course interactive Cologuard experience at the AmFam Championship, or online at cologuardchallenge.com, will have the opportunity to take the screening pledge and enter a contest to win a VIP experience at the 2019 AmFam Championship, complete with player and celebrity meet-and-greets, apparel package, priority parking and concert tickets. Additionally, each screening pledge will be recognized by Exact Sciences with a $1.00 donation to the Steve Stricker American Family Insurance Foundation.

While at the on-course Cologuard experience, fans can also test their golf skills on a custom miniature golf hole benefitting the Vince Lombardi Cancer Foundation. For each hole-in-one made by visitors, Cologuard will donate $1.00 to support cancer research and services, and participants will receive the same Cologuard hat Jerry Kelly wears on tour.

"The primary goal of the American Family Insurance Championship is giving back and raising funds for the people and organizations making a positive difference in southcentral Wisconsin," said Nate Pokrass, AmFam Championship tournament director and executive director of the Steve Stricker American Family Insurance Foundation. "We are honored to partner with Exact Sciences and their expanded support of our 2018 tournament will allow us to direct even more funds to community organizations and bring the important topic of colon cancer awareness to families."

Colon cancer is the second leading cause of cancer death in the United States, but the topic is often not discussed or is shied away from due to the invasiveness of screening by colonoscopy1.

Cologuard is a noninvasive screening test for colon cancer that can be collected at home. Once prescribed by a health care professional, a Cologuard kit is shipped directly to the patient. Samples are collected on the patient's own time and are returned to the lab for processing using a prepaid shipping label. Unlike other screening methods, Cologuard requires no preparation, dietary or medication restrictions. Cologuard is intended for adults age 50-plus at average risk for colon cancer. To learn more about Cologuard, visit www.cologuardtest.com.

Colon cancer is widely known as one of the most preventable, yet least prevented forms of cancer. It's the number two cancer killer in the United States, taking the lives of 51,000 Americans per year – more than both breast cancer (41,000/year) and prostate cancer (29,000/year). Despite colorectal cancer's preventability, more than 35 million Americans age 50 and older are not current with screening guidelines.

About CologuardCologuard was approved by the FDA in August 2014 and results from Exact Sciences' prospective 90-site, point-in-time, 10,000-patient pivotal trial were published in the New England Journal of Medicine in April 2014. Cologuard is included in the American Cancer Society's (2018) colorectal cancer screening guidelines and the recommendations of the U.S. Preventive Services Task Force (2016) and National Comprehensive Cancer Network (2016). Cologuard is indicated to screen adults of either sex, 50 years or older, who are at average risk for colorectal cancer. Cologuard is not for everyone and is not a replacement for diagnostic colonoscopy or surveillance colonoscopy in high-risk individuals. False positives and false negatives do occur. Any positive test result should be followed by a diagnostic colonoscopy. Following a negative result, patients should continue participating in a screening program at an interval and with a method appropriate for the individual patient. Cologuard performance when used for repeat testing has not been evaluated or established. For more information about Cologuard, visit http://www.cologuardtest.com. Rx Only.