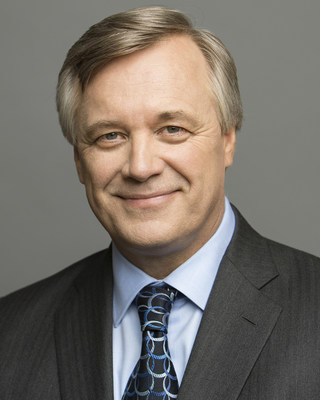 "It has been truly rewarding to work with such a talented group of bankers during my almost seven years with Columbia. Their commitment to our clients, our communities and each other is unparalleled and I am proud of what we accomplished together," said Hadley Robbins. "We have grown our franchise to more than $13 billion, attained recognition as an employer of choice and made significant progress on a multi-year digital roadmap that improves our ability to serve clients when, where and how they choose. Columbia's future is very bright and I am pleased to be passing the torch to a leader who is equally passionate about the success of our company and deeply committed to our people, our clients and our communities. Clint and I have worked together closely for many years and I look forward to watching the company continue to thrive under his leadership."

Craig Eerkes, Chairman of Columbia's Board of Directors remarked: "Hadley Robbins' contributions to our company are a tribute to his commitment to serve all our stakeholders. Under his guidance, we closed our largest acquisition and have grown into one of the most successful banks in the Northwest, all while maintaining the commitment to our clients, employees, and communities that has long defined our brand. Hadley has served the Northwest banking industry and community well throughout his career, most recently as the immediate past chair of the Oregon Bankers Association and the chair of the South Sound Heart and Stroke Walk. We are grateful for his many contributions and wish him well in his retirement. I'm pleased to announce the appointment of Clint Stein as President and CEO. The transition is the result of a planned, multi-year succession process that included Clint's transition from Chief Financial Officer to Chief Operating Officer in 2017. Throughout his 14 years at Columbia, Clint has played a substantial role in expanding our franchise and has demonstrated great passion for growing both our company and our people. His leadership style represents the very best of our values and his commitment to further establish Columbia as a great place to work and a great place to bank ensures the continuity of our culture. I am confident all stakeholders are in tremendous hands."

Stein offered the following remarks on his appointment: "I'm honored to be chosen by the Board as Columbia's next CEO. I had the privilege of working closely with Melanie Dressel for over a decade and with Hadley for the past seven years. I look forward to building on their legacy and the tremendous foundation they established. The entire Columbia team is uniquely positioned to meet the needs of Northwest businesses and families amid the changing landscape of our industry. I'm fully invested in the future success of our clients, our people, and the communities we serve and our shareholders will continue to see the benefits of this balanced approach."

Stein will transition to the role of CEO on January 1, 2020, when Robbins officially steps down. Chris Merrywell, Columbia's Chief Consumer Banking Officer, will succeed Stein in the role of Chief Operating Officer.

Stein added the following remarks regarding the appointment of Chris Merrywell to Chief Operating Officer: "I have worked closely with Chris since he joined Columbia in 2012. He is a talented banker, adept at developing strategic business initiatives that result in increased revenues and improved operational efficiencies. In addition, Chris has a proven track record of developing the skill set of those around him. Chris will be an outstanding Chief Operating Officer and I look forward to working with him in his expanded role."

Mr. Stein joined Columbia in 2005 and was named Executive Vice President and Chief Operating Officer in 2017. Prior to this appointment, he held the role of Executive Vice President and Chief Financial Officer. He is a Certified Public Accountant and holds a Bachelor's degree in Accounting and Business Administration from the University of Idaho. His post-graduate education includes the Graduate School of Bank Financial Management and the Graduate School of Banking at the University of Wisconsin. Mr. Stein was named a CFO of the year in 2015 by the Puget Sound Business Journal and is a past member of the board of the Pierce County Chamber of Commerce.

Headquartered in Tacoma, Washington, Columbia Banking System, Inc. (NASDAQ: COLB) is the holding company of Columbia Bank, a Washington state-chartered full-service commercial bank with locations throughout Washington, Oregon and Idaho. For the 13th consecutive year, the bank was named in 2019 as one of Puget Sound Business Journal's "Washington's Best Workplaces," and for the 8th consecutive year, Columbia has been ranked as one of the nation's best banks by Forbes. More information about Columbia can be found on its website at www.columbiabank.com.

This news release includes forward-looking statements within the meaning of the Private Securities Litigation Reform Act of 1995, which can be identified by words such as "may," "expected," "anticipate", "continue," or other comparable words. In addition, all statements other than statements of historical facts that address activities that Columbia expects or anticipates will or may occur in the future are forward-looking statements. Readers are encouraged to read the SEC reports of Columbia, particularly its form 10-K for the Fiscal Year ended December 31, 2018, for meaningful cautionary language discussing why actual results may vary materially from those anticipated by management.