Combining Paraguay's low-cost and abundant electricity with the Commons Foundation's expertise in blockchain technology, the world's largest cryptocurrency mining center and global exchange is to be established.

SEOUL, South Korea, Nov. 18, 2018 /PRNewswire/ -- Blockchain Technology Foundation "Commons Foundation" announced on November 6 that the foundation signed a contract to establish the world's largest cryptocurrency currency mining centre and the global cryptocurrency exchange in Ciudad del Este with the support of the government. 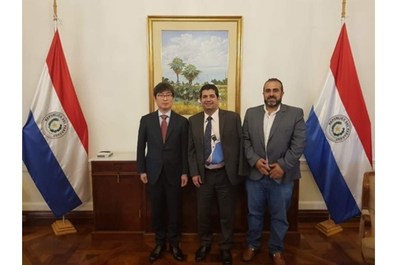 The contract is designed to provide the five mining centers (approximately 50,000 square meters) near 'Itaipu' Hydroelectric Power Plant, the world's largest clean energy plant, and included a 15-year stable price on electricity, the installation of high-speed Internet networks, and the establishment of laws for all related businesses for this project.

"Only 10 to 20 percent of electricity is produced at Itaipu hydroelectric plant and consumed in Paraguay. More than 80 percent of its electricity is exported overseas. We will build the world's largest mining centre in Paraguay using low-cost and abundant clean energy," said Choi Yong-Kwan, Chairman of the Commons Foundation.

The foundation plans to conduct pre-sales and IEO (Initial Exchange Offering) under Paraguay's support of investment and Business Agreement for the establishment of Paraguay Cryptocurrency mining Center and Global cryptocurrency Exchange.

They plan to allow participation in the project via different methods such as pre-sales in MicroBitcoin(MBC), BTC(Bitcoin), and Ethereum(ETH).

The Project marks the first bridgehead to build up a blockchain ecosystem in South America.