NEW YORK, June 25, 2012 /PRNewswire-USNewswire/ -- Concern Worldwide U.S., the international humanitarian organization, will recognize Dr. Anita Sands, Head of Change Leadership at UBS Wealth Management Americas, with the 2012 Women of Concern Award for her outstanding achievements as a business leader and advocate for women. Dr. Sands will receive the award at the 10th Annual Women of Concern Awards Luncheon at The Grand Hyatt Hotel in New York City on June 28th.

"Dr. Sands embodies what it means to be a Women of Concern Honoree—what she has accomplished professionally and academically are second to none and a source of inspiration for women everywhere," said Siobhan Walsh, Executive Director of Concern Worldwide U.S. "She has also been a strong champion for the advancement of women domestically and internationally so that more women will be able to reach their full potential."

In May, Dr. Sands traveled to Haiti with Concern, where she witnessed the organization's efforts to rebuild the country after the devastating 2010 earthquake. "Whether in the most remote, rural communities or on the most densely populated city streets, Concern is truly reaching the most disadvantaged and vulnerable in society," Dr. Sands said. "When I accept the Women of Concern Award this week, I will applaud Concern's team in Haiti and celebrate the strong Haitian women—and the millions of other women and children touched by Concern's work—who are true examples of extraordinary accomplishment."

In her role as Head of Change Leadership at UBS Wealth Management Americas, Dr. Sands is responsible for executing the company's transformation strategy through the innovative technologies and industry-leading platforms. Dr. Sands joined UBS in 2009 as Chief Operating Officer. Before coming to UBS, she was the youngest-ever Senior Vice President at the Royal Bank of Canada and was the Managing Director and Head of Transformational Management at Citigroup. She holds a Ph.D. in Atomic and Molecular Physics and a First-Class Honors degree in Physics and Applied Mathematics from Queen's University of Belfast, as well as a Master's degree with highest distinction in Public Policy and Management from Carnegie Mellon University.

As an advocate for women, Dr. Sands is a member of the International Women's Forum, a mentor for The W.O.M.E.N. in America, the executive sponsor for UBS' Women's Employee Network, and a previous board member of Women in Capital Markets.

Jenna Wolfe, Sunday Today Show co-anchor and NBC correspondent who was raised in Haiti, will serve as the Master of Ceremonies at the luncheon. Follow #WOCNY and @Concern on Twitter for more information and live updates from the ceremony.

About Concern WorldwideConcern Worldwide is an international, non-governmental humanitarian organization dedicated to reducing extreme poverty, with more than 3,200 personnel working in 25 of the poorest countries in Africa, Asia, and the Caribbean. Concern Worldwide targets the root causes of extreme poverty through programs in health, education, livelihoods and microfinance, HIV and AIDS, and emergency response, directly reaching more than 8.5 million people. For more information, please visit www.concernusa.org or follow us on Twitter at @Concern. 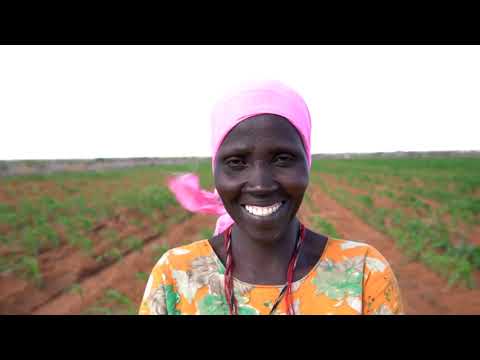