FORT LAUDERDALE, Fla., May 1, 2018 /PRNewswire/ -- A visually stunning production from Concord Films, and winner of Best Feature Film at the Fort Myers Beach Film Festival, "Killer Island" arrives to VOD, May 25, 2018 including Amazon, iTunes, followed by Vudu, and GooglePlay, June 6, 2018.  Their fifth film, "Killer Island" is a suspenseful adventure film with well-loved actors including Jordi Vilasuso, best known for his roles in daytime soap operas (Days Of Our Lives, All My Children, Guiding Light), and Barbie Castro, popular with a viewers dedicated to Lifetime and Lifetime Movie Network. 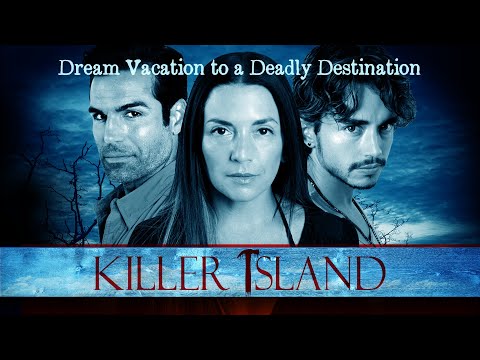 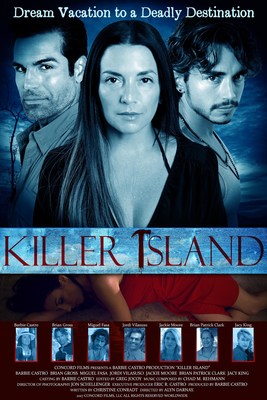 Based on author Christine Conradt's screenplay, "Killer Island" features Barbie Castro as the inquisitive vacationing wife Ashley, Brian Gross as her husband Mike, Miguel Fasa as Johnny the suspected murderer, and Jordi Vilasuso as Jim Ross, an intriguing protagonist. The story develops from a woman's perspective, engaging the audience with beautiful location cinematography, and talented and visually stunning actors/actresses.  The movie brings entertainment at its best, with a balance of suspense, intrigue, and vacation imagery.

A tropical escape for the viewer with a suspenseful mystery intrigue, set on North Captiva Island, "Killer Island" is a mystery about Ashley while on vacation with her husband Mike becomes a target when she suspects Johnny, one of the islands' locals may have committed multiple murders. The vacation is delightful until the body of a missing woman is recovered just offshore.

Determined to know if Johnny was responsible, Ashley goes on a quest for the truth.  She uncovers a web of deceit that involves more of the locals than imagined.  They will stop at nothing to silence Ashley and keep the island's dark secrets hidden.