CHICAGO, July 30, 2019 /PRNewswire/ -- Today Coors Light is unveiling a new campaign that speaks to a relatable Millennial and Gen-Z truth: in an always-on, hyper-connected world, younger generations are actively seeking ways to turn off for a moment. In its first work with new creative agency Leo Burnett, Coors Light is repositioning the brand and bringing these insights to life with their "Made to Chill" campaign.

"Cold has always been part of our brand DNA.  And Coors Light's mountain-cold refreshment is the perfect antidote to a world that won't stop being on," said Ryan Reis, vice president of marketing, Coors Family of Brands. "But in a world where Millennial and Gen-Z drinkers have more and more choices, we have one job to do: give them a new reason to reach for Coors Light."

To achieve this repositioning, the new Coors Light campaign champions the active choice to chill, sometimes showing occasions that are unexpected for beer advertising, such as enjoying a shower beer, or "going golfing" as a thinly veiled excuse for chilling out with friends while enjoying a round of Coors Light on the golf course.

To bring this new platform to life, Coors Light is launching a full, 360-degree marketing campaign that will reach 90% of 21-34 year olds an average of nine times in August. Campaign efforts kick off this week with video content across streaming services like Hulu and YouTube, as well as live TV on programs such as Shark Week and ESPN. Additionally, the brand will have a revamped social media look and feel, more than 500 out-of-home displays nationwide, sponsorship of Will Ferrell's popular Ron Burgundy podcast, breakthrough PR programs and social-influencer partnerships.

Leading the creative is Leo Burnett, which was selected for Coors Light in May of 2019.

About Coors Brewing CompanyCoors Brewing Company was founded in 1873 by Adolph Coors, who chose the Clear Creek Valley in Golden, Colo., for his new brewery because of the pure water in the nearby Rocky Mountain springs. The brewery's original and most enduring beer is Coors Banquet (Coors.com, Facebook.com/CoorsBanquet, YouTube.com/OfficialCoorsBanquet), still brewed exclusively in Golden using only Rocky Mountain water and high-country barley. Coors Light (CoorsLight.com, Facebook.com/CoorsLight, @CoorsLight on Twitter, YouTube.com/CoorsLight) was introduced in 1978 and now is the second-best-selling beer in the United States. Triple-filtered smooth Keystone Light (KeystoneLight.com, Facebook.com/KeystoneLight) is one the country's most popular economy beers. Learn more at MillerCoors.com, at Facebook.com/MillerCoors or on Twitter through @MillerCoors. 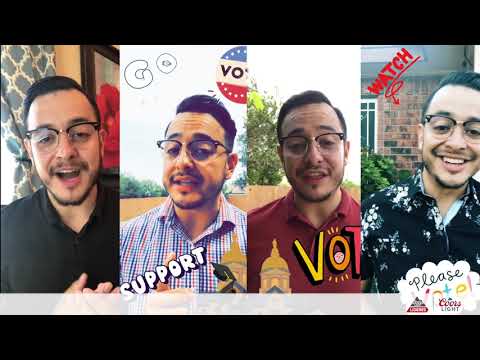