LOS ANGELES, July 14, 2021 /PRNewswire/ -- Black Easter, the action-packed film highlighting an extremist group's ploy to travel back in time and assassinate Jesus Christ, is now available to audiences everywhere on Amazon Prime. Winner of multiple international film awards and panned as the 'most controversial movie of the year', Black Easter is written and directed by Jim Carroll.

Starring Jason Castro as Jesus Christ, the film centers on a group of young geniuses responsible for creating a time travel machine only to find that extremists, led by the financer of the machine, are attempting to use it for the religious assassination of Jesus prior to his crucifixion. But their interference in the evil plot causes mankind to enter an apocalypse leaving the fate of the world in the hands of a genius with no faith and a man who has lost his. The film also stars Gerardo Davila and Johnny Rey Diaz.

"My goal with Black Easter was to create a movie that was not only highly entertaining and filled with excitement at every twist and turn but one that also leaves the audience with a taste of the Gospel in a way that they don't feel like they're being lectured to," said Carroll. "Everybody always says 'Why doesn't someone make a good Christian movie, something that isn't preachy?' Well, now we have one."

Prior to its Prime debut, Black Easter was released at select Studio Movie Grill theaters where it received widespread prestigious attention including being crowned 'Best Action Screenplay' at the Los Angeles Film Awards, 'Best Featured Script' at the Calcutta International Cult Film Festival and 'Best Original Screenplay Winner' at the London Independent Film Awards in addition to being honored at the Barcelona Film Festival. A majority of critics have also given the film a coveted positive rating on Rotten Tomatoes. 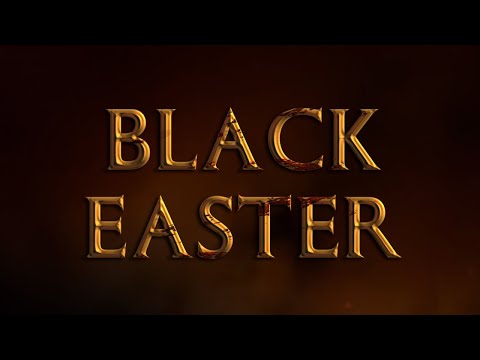