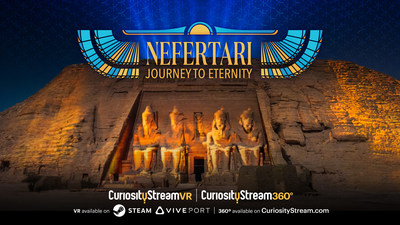 In Egypt's legendary Valley of the Queens lies Nefertari's tomb, home to the soul and spirit of Queen Nefertari, and one of the modern world's most detailed windows into ancient Egyptians' journey toward the afterlife. Now, state-of-the-art technology has made it possible to digitally scan Nefertari's tomb with millimeter accuracy, to create a virtual experience that captures the vibrancy and detail of the tomb and truly transports the viewer into the chambers.

In this groundbreaking project, a 3-member team from developer Experius VR traveled to Egypt and gained unprecedented access to the tomb that has been restricted or closed to visitors since a major restoration effort completed in 1992.

The cutting-edge effort mapped multiple chambers and passages in the tomb with a Leica Geosystems BLK360 3D Scanner, followed by thousands of overlapping DSLR photographs. The images were then stitched together on top of the laser-scanned map of the tomb, creating the hyper-realistic photogrammetric model. The team captured every detail of Nefertari's tomb over two days, shooting only from sun down to sun up to protect the vibrant images inside.

"The capture of Nefertari's tomb proves there are no boundaries in the effort to digitally preserve and explore our world's most stunning cultural artifacts," said Clint Stinchcomb, President and CEO of CuriosityStream. "Another of our goals is to push the envelope in visual quality for VR to show the potential to transform interactive education. This experience truly elevates CuriosityStream's mission to satisfy curiosity using new technologies."

Interactive elements in the room-scale experience guide the user through the history, art, construction, and mythology of the fabled tomb. Nefertari: Journey to Eternity is available to download for free on Steam and Viveport. Early reviews on Steam call the experience "amazing," "a simply stunning experience," and "an excellent, highly accurate photogrammetric scan of an actual archaeological site."

Viewers can explore more of Ancient Egypt's most breathtaking and important ruins including King Tut's tomb, Hatshepsut's Temple, and Karnak Temple. Also in the new 360° collection: Alice Crater 360°, Sputnik Planum 360°, and Wright Mons 360° from the Destination Pluto series, letting viewers traverse the surface of Pluto, and Volcanos: An Immersive Experience 360° – to witness the power of a volcanic eruption firsthand.

"As virtual reality and 360° technologies continue to improve and become more readily available, these tools will have the power to transcend today's production capabilities and transport audiences to places that we once thought unimaginable," said Jorge Franzini, Executive Producer for CuriosityStream. "It's still in the early days, but innovative filmmakers have the capacity to harness these technologies and forge a path to a new way of storytelling."

About CuriosityStreamLaunched by Discovery Communications founder and media visionary John Hendricks, CuriosityStream is the award-winning streaming and on-demand destination where viewers can journey through our world and beyond.  CuriosityStream's immersive experiences feature experts from Stephen Hawking and David Attenborough to Veritasium's Derek Muller, stunning visuals, and unrivaled storytelling to demystify science, history, technology, nature, health and more. With over 1,800 features and series, including exclusive originals, CuriosityStream is available worldwide to watch on TV, desktop, mobile and tablets. The service is available on the web and via Roku, Apple TV, Xbox One, Amazon Fire TV and Google Chromecast, iOS and Android, as well as Prime Video Channels, Sling TV, Dish, VRV, Comcast Xfinity on Demand, Cox, Layer3 TV and the Sony, LG, VIZIO and Samsung Smart TV platforms.