TEL AVIV, Israel, Jan. 22, 2018 /PRNewswire/ -- D-ID, a Y Combinator S17 alumni startup that developed an innovative, deep learning solution to protect identities from face recognition technologies, announces today the completion of a $4 million Seed Round. The Round was led by Pitango Venture Capital with participation from Y Combinator, Foundation Capital, Fenox Venture Capital, Maverick Ventures, and two notable angel investors. The funds will be used to strengthen D-ID's position as the first and only company that protects from facial recognition technologies and AI.

In the AI era, Face Recognition algorithms have become more accurate than humans, making organizations increasingly use our faces as identifiers: when crossing border controls, making payments, accessing smartphone, and even ranking citizens' behavior or tracking dissidents at protests. The implications for privacy are scary and privacy advocates are worried, with reason. Our photos are stored everywhere and anyone with access to this data can track us wherever we go, steal our identity, and hack our devices. That's why our photos must be protected, because unlike passwords, we cannot change our faces.

D-ID, which stands for de-identification, developed an innovative solution that produces images, which are unrecognizable to facial recognition algorithms while keeping them indistinguishable to the human eye and is designed to be difficult for AI to overcome. D-ID's solution is presented to the market in perfect timing for the new European Data Privacy Regulation (GDPR), which is coming into force in May 2018 and addresses face images as sensitive personal biometric data.

"Our roles in the military service, made us become aware and sensitive to sharing photos over the web, as well as to the risks that facial recognition technologies pose to privacy. We started working on a solution before people even knew a problem exists. And today everybody's privacy is gone," explained Gil Perry, Co-Founder and CEO of D-ID. "Our biometric data is being collected and used irresponsibly by governments and organizations. D-ID is here to change that." As to the recent fundraising round, Perry added, "we've been lucky to have many VC's approach us at the YC demo-day. With Pitango, and with Rami Kalish in particular, it felt right from the first meeting and we're excited to have the best Israeli VC lead the round. They are truly helpful and highly involved. I believe they're among the best VC's for early stage startups."

Rami Kalish, Managing General Partner and Co-Founder at Pitango Venture Capital, who is joining D-ID's Board of Directors, said: "D-ID's novel solution represents a forward-thinking approach to facial recognition technologies, which in addition to the buzz around them, incorporate risks that have yet to be fully addressed by the industry, legislature, and the media. We are proud to invest in D-ID's disruptive technology and remarkable team." Yair Cassuto, Investment Manager at Pitango Venture Capital, added: "D-ID has a powerful combination of cutting-edge technological skills and a deep understanding of the unmet needs of protecting images from being exploited."

D-ID, was founded in 2017 by CEO Gil Perry, COO Sella Blondheim and CTO Eliran Kuta. Perry and Blondheim both served in the Israeli Special Forces, and Kuta served for ten years as a captain in 8200. They experienced first-hand the risks to privacy when, due to the sensitive nature of their roles, they were not allowed to share photos on social media. They began thinking of ways to protect pictures from facial recognition technologies and after working in start-ups, regrouped and launched D-ID. The start-up is an alumni of both Y Combinator S17 Batch and of EISP 8200.

About Pitango Venture CapitalPitango has been investing in technology ventures since 1993 and now has more than $2 billion under management. Pitango invests in Israeli tech and health care companies, in various fields and all stages. Pitango Venture Capital has invested in over 200 companies, many of which have become public or were acquired by strategic players.Learn more at: www.pitango.com

About D-IDD-ID's groundbreaking technology produces photos and videos which are unrecognizable to face recognition algorithms, while keeping them similar to the human eye. D-ID enables companies, security agencies, and governments to comply with regulations and protect biometric databases. D-ID is headquartered in Tel Aviv.Learn more at: www.d-id.com 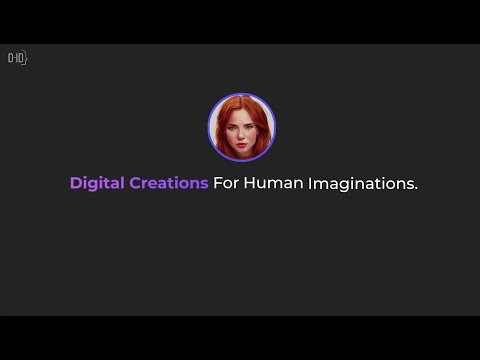