James Wu, CEO and Co-Founder, DeepMap, said: "We are delighted to welcome Hermann to the team. His expertise and broad experience as a senior leader at Bosch will be invaluable as we continue to develop our world-leading technology for autonomous vehicles."

In 2018, DeepMap announced that Robert Bosch Venture Capital GmbH (RBVC), the corporate venture capital company of the Bosch Group, completed an investment in the company.

Kaess joins Brian McClendon, Jaron Waldman, and Leonidas Guibas on the advisory board:

Brian McClendon has built a career as an entrepreneur and technical leader in geographic information systems (GIS). In 2004, his digital mapping startup, Keyhole, was acquired by Google. During a 10-year tenure at Google, he became VP of Google Maps, Earth, and Street View. He joined Uber in 2015. McClendon is currently a research professor at the University of Kansas.

Jaron Waldman is a lifelong entrepreneur. He founded PlaceBase, a location technology company acquired by Apple. After the acquisition, Waldman spent four years at Apple leading a team that developed location-based services across the Apple ecosystem. He is currently the CEO and co-founder of Curbside.

About DeepMapDeepMap's mission is to accelerate safe autonomy by providing the world's best autonomous mapping and localization solutions. DeepMap delivers the technology necessary for self-driving vehicles to navigate in a complex and unpredictable environment. The company addresses three important elements: precise high-definition mapping, ultra-accurate real-time localization, and the serving infrastructure to support massive global scaling. The company was founded in 2016 and is headquartered in Palo Alto, Calif., with offices in Beijing, China. For more information, see www.deepmap.ai. 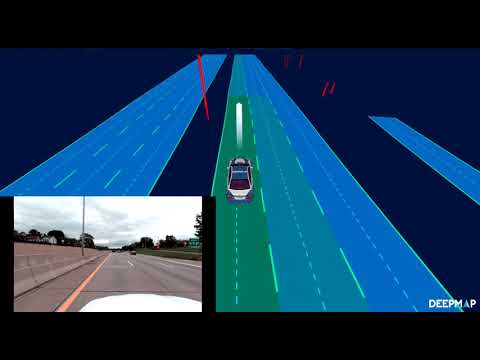