SAN FRANCISCO, Sept. 24, 2021 /PRNewswire/ -- Already the leading supplier of refueling ports for satellites, Orbit Fab announced that it will soon be launching the first propellant tanker to geostationary orbit. The company's second tanker will establish flight heritage on all the elements of the company's tanker technology, which has been designed for the harshest orbital regimes and for refueling the largest space assets. This announcement comes on the heels of the company's successful launch of the world's first Gas Stations in Space™ propellant depot last June into a low Earth orbit. 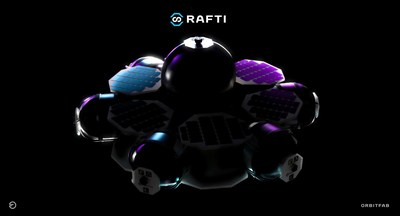 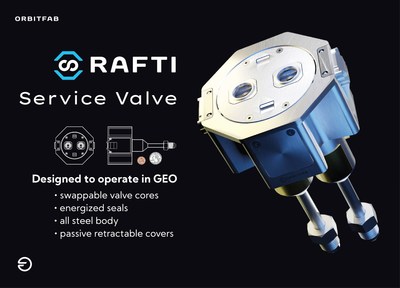 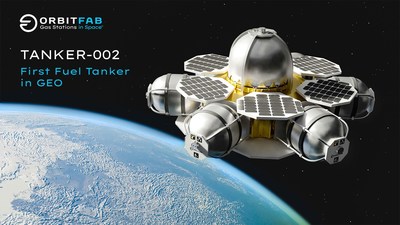 CEO Daniel Faber commented "Our robust RAFTI [the Rapidly Attachable Fluid Transfer Interface] system was designed to refuel large US Department of Defense, Intelligence Community, and commercial assets in geostationary orbit, so commencing operations in this orbit will be an important milestone for us. This GEO tanker will have the capability to store propellant for up to 15 years, though of course we provide the fuel that satellites need, where and when they need it."

Orbit Fab's tanker gets to geostationary orbit aboard a Spaceflight Inc. Sherpa-ES orbital transfer vehicle (OTV), using a novel trajectory that takes it first around the back of the moon. Launching on a SpaceX rocket alongside Intuitive Machines' IM-2 lunar lander, the mission is facilitated by the newly-formed GeoJump, which is offering rideshare missions to GEO in partnership with Spaceflight.

James Bultitude, Orbit Fab's Chief Engineer, described the mission. "This is the first tanker in this orbit, and Spaceflight has come up with a new way to get us there efficiently. Hydrazine fuel will be available for delivery as soon as it arrives, though we intend to take some time to demonstrate our long-term storage technology. When it's not making a fuel delivery, we will be parking our tanker a few hundred kilometers away from the geostationary belt so as not to clutter up the orbit."

Orbit Fab has attracted significant financial support including US defense giants Lockheed Martin (through its venture arm Lockheed Martin Ventures) and Northrop Grumman Corporation, Japanese trading conglomerate Marubeni (through Marubeni Ventures), and leading satellite and launch insurer Munich Re (through Munich Re Ventures). The company recently announced that it is moving its headquarters to Colorado, supported by nearly $5M in economic incentives from the Colorado state government.

Orbit Fab believes a bustling in-space economy is a precondition to permanent jobs in space. By providing a ubiquitous supply of satellite propellant in Earth Orbit (branded Gas Stations in Space™), the company improves existing space business models (communications and Earth observation) and helps open new industries like space tourism, manufacturing and mining. Backed by Northrop Grumman Corporation, Lockheed Martin Ventures, Munich Re Ventures, and Marubeni Ventures, Orbit Fab has racked up a number of world-firsts: the first ever commercially available in-space refueling port (RAFTI), the first ever private company to resupply the International Space Station with water, and the first ever satellite fuel depot. The future for satellites is no longer restricted to the fuel they are launched with. Orbit Fab delivers the fuel and other materials that are needed, where and when they are needed, to enable business models never before thought possible.