AUSTIN, Texas, Nov. 2, 2020 /PRNewswire/ -- The National Academy of Construction has elected Deryl K. McKissack, president and CEO of McKissack & McKissack, as a member of the academy during its virtual annual meeting Oct. 29. Election to the NAC is conferred to individuals who have made significant contributions to the design and construction industry over a lengthy period. 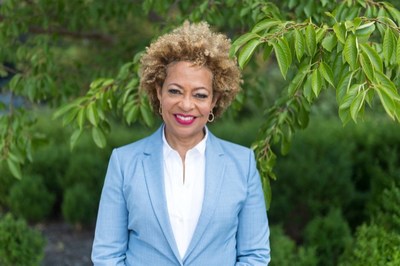 During the induction ceremony for the class of 2020, McKissack was cited for election because she is "a visionary leader and entrepreneur with significant contributions in architecture, engineering and construction (AEC), as well as a mentor to the next generation of industry leaders."  This fall, McKissack's leadership and vision led her to develop a seven-step plan to combat systemic racism in design and construction, which is now a major national initiative in the AEC industry.

The NAC brings together exceptional leaders from a spectrum of stakeholders that are involved in the construction industry to build an academy of consummate professionals who can assure diverse expertise and proven leadership as a service to the nation.  Its election criteria include leadership, exceptional service, continued commitment to making industry contributions, past recognition by peers for innovation and recognition as "best of the best."

NAC General Secretary Wayne Crew said, "The 2020 class undoubtedly strengthens the Academy membership. Their career achievements, collectively, broaden NAC's wealth of experience. We're honored that Deryl McKissack and all of her fellow inductees are now part of the membership."

McKissack founded her architecture, engineering and construction firm in 1990 and now manages $15 billion in projects nationwide. The company is the outgrowth of the nation's oldest African-American design and construction firm and traces its beginnings back five generations to McKissack's great-great-grandfather Moses, a master builder who was also a slave.

Last week, McKissack and her identical twin sister Cheryl McKissack Daniel were one of five Black families featured in the ABC five-part docuseries, "Our America: Living While Black." The docuseries is available on demand from local ABC News streaming apps. Both sisters continue the family legacy today as they head their own eponymous design and construction firms.

The firm is also known for its mentorship efforts though its robust internship program and work to include smaller minority and women-owned business enterprise (MWBE) firms in its projects.

A licensed professional engineer, McKissack was named the Engineer of the Year by the District of Columbia Society of Professional Engineers in 2013 and was honored by her alma mater, Howard University, with the engineering department's Centennial Professional Excellence Award.

The National Academy of Construction, established in 1999, is an organization of industry leaders― engineers, designers, constructors, consultants, attorneys, sureties, editors, and academics―that recognizes those who have made outstanding, life-long contributions to the design, construction, and engineering industries. Academy members volunteer their expertise to a variety of organizations as a service to the nation. McKissack & McKissack is a national architecture, engineering, program- and construction-management firm with more than 30 years of experience working with clients to envision and deliver building and infrastructure projects that enrich people's lives and empower communities to flourish.  Based in Washington, D.C. and with offices in Austin, Baltimore, Chicago, Dallas and Los Angeles, the firm is ranked by Engineering News-Record as one of the top 50 Top Construction Management For-Fee firms and one of the 50 Top Program Management Firms in the nation and by the Washington Business Journal as one of the top 25 design firms in the metropolitan Washington area.