PARIS, Nov. 16, 2020 /PRNewswire/ -- The French company Diabeloop, a pioneer in therapeutic AI, and Terumo Corporation, a global leader in medical technology, announced today that they have signed an agreement for the joint development with exclusive distribution rights in Japan of an automated insulin delivery (AID) solution.  The Diabeloop-developed system will integrate Terumo's innovative insulin patch pump.

Terumo confirms its position in diabetes innovation and Diabeloop is advancing its interoperability strategy. 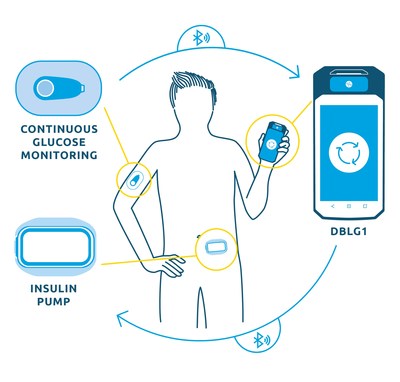 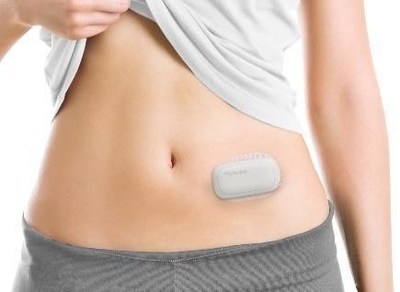 An AID system for the Management of Insulin-Dependent Diabetes

The technology developed by Diabeloop - an algorithm hosted in a dedicated handset - is connected with a continuous glucose monitoring device (CGM) and an insulin pump in an AID (closed-loop) system.

Diabeloop's artificial intelligence analyzes blood glucose data, calculates the right dose of insulin to be administered and gives the order to the pump to deliver it, thus automating the treatment.

MEDISAFE WITH™ is developed and manufactured in Japan; and it is the first and only insulin patch pump available in Japan since its commercial launch in 2018. It is designed to be wearable and lightweight for patient comfort and freedom. The system is handy sized, consisting of two parts including a detachable pump and patch.

Insulin is administered subcutaneously through a cannula attached to the patch. Administration settings such as basal and bolus can be adjusted using a remote control when needed, when pump is used as stand-alone, independently from the AID system.

A strong partnership to drive innovation in diabetes field

Terumo, whose high value-added products and services for diabetes are distributed for nearly forty years, strengthens its position at the forefront of innovation with this agreement with an independent European company.

"Diabeloop's algorithm is cutting edge technology that is being launched in Europe. By combining this technology, it will be possible to realize the AID system based on MEDISAFE WITH™. We look forward to this joint development bringing the advanced treatment to the healthcare professionals and patients," said Yoshiya Kikawa, general manager, DM and Consumer Healthcare Group of Terumo.

Diabeloop's first solution, DBLG1, has undergone several clinical studies that have validated its efficacy and safety and earned its CE mark in November 2018.

Terumo's insulin patch pump, MEDISAFE WITH™, will be the 3rd insulin pump integrated by Diabeloop. This development supports Diabeloop's strategy, which focuses on technological interoperability and the creation of strong partnerships to ultimately offer as many choices as possible to people with diabetes.

"We want to provide choice and access to people living with diabetes, and interoperability of our solution, with multiple pumps and in more countries, is key to this. Terumo is a very respected company with deep medical expertise, and we are honored to combine our technology with MEDISAFE WITH™ insulin pump, one of the only patch pumps on the market," said Erik Huneker, founder and CEO of Diabeloop.

A strengthened position in Japan and an opening to international markets

After completion of this joint development, Terumo will become the exclusive distributor in Japanese market.

The two companies will now pursue their efforts around technical integration in order to conduct a clinical study and to prepare for regulatory approval on the Japanese market, which will then benefit from a pioneering AID system incorporating MEDISAFE WITH™.

"It is our great pleasure to enter into joint development agreement aimed at such new innovations.We are confident that we will be able to provide healthcare professionals and patients with new value by combining innovation born in France with the outstanding technology cultivated in Japan," commented Hikaru Samejima, President of Terumo's General Hospital Company.

These agreements open a new stage in Diabeloop's international deployment.

"Five years after the creation of Diabeloop, our solution is on its way to commercialization in Europe and, thanks to the agreements signed today, to international expansion, and we feel privileged that this is beginning through a partnership with Terumo Corporation, thus supporting French innovation," declared Marc Julien, co-CEO of Diabeloop.

The two companies have indicated that they are also considering future distribution to other countries.

About TerumoTerumo (TSE:4543) is a global leader in medical technology and has been committed to "Contributing to Society through Healthcare" for nearly 100 years. Based in Tokyo and operating globally, Terumo employs more than 25,000 associates worldwide to provide innovative medical solutions in more than 160 countries and regions. The company started as a Japanese thermometer manufacturer, and has been supporting healthcare ever since. Now, its extensive business portfolio ranges from vascular intervention and cardio-surgical solutions, blood transfusion and cell therapy technology, to medical products essential for daily clinical practice such as transfusion systems, diabetes care, and peritoneal dialysis treatments. Terumo will further strive to be of value to patients, medical professionals, and society at large.

About DiabeloopDiabeloop's mission: to relieve people living with Type 1 diabetes from dozens of therapeutic decisions and reduce their heavy mental burden. Initially conceived from a medical research project, Diabeloop was created in 2015 by Dr. Guillaume Charpentier, now Chief Medical Officer, and Erik Huneker who have co-managed the company with Marc Julien since 2016. This complementary management team works with experienced partners, CEA-Leti (a research laboratory) and CERITD (a French research team of diabetologists).

In November 2018, the DBLG1 System, Diabeloop's first medical device for automated diabetes management, obtained CE marking. A second round of financing of 31 million euros concluded in November 2019 to speed up the international commercial rollout of the DBLG1 iController and support an ambitious R&D program.

Today, Diabeloop gathers the personality, the passion and the skills of over 80 talented individuals who work hard to improve the quality of life for every person living with Type 1 diabetes.