DES MOINES, Iowa, May 13, 2020 /PRNewswire/ -- The Meredith Corporation (NYSE: MDP; www.meredith.com) Board of Directors on May 12, 2020, appointed Greg Coleman to the Meredith Board as a Class I Director, effective at its next Board meeting in August 2020. Coleman will stand for election for a full three-year term expiring in November 2023 at Meredith's Annual Shareholders Meeting in November 2020.

Coleman currently is a Board advisor for BuzzFeed and previously served as the digital media company's President. Most recently, Coleman was the President of advertising technology company Criteo. He has previously held roles as President and Chief Revenue Officer at the Huffington Post and EVP of Global Sales at Yahoo.

"We are very pleased to have someone with Greg's diverse set of media business experiences join the Meredith Board," said Board Chairman Steve Lacy.  "He is a digital media expert and pioneer, and we particularly look forward to his insights in this important and growing area of Meredith's media business."

"I have respected and admired Meredith for many years, beginning when I started in magazine advertising sales at Woman's Day magazine right out of business school," said Coleman. "I had to contend with the formidable Better Homes & Gardens brand every day! I have been very impressed at how the Meredith management team has grown the company's media portfolio, particularly its digital assets. I look forward to working with the team as a member of the Board."

Meredith Corporation has been committed to service journalism for 118 years. Today, Meredith uses multiple distribution platforms-including broadcast television, print, digital, mobile and video-to provide consumers with content they desire and to deliver the messages of its advertising and marketing partners. 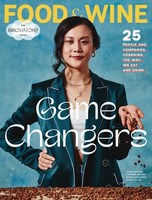 PARENTS Launches "The Parents Guide to Supporting LGBTQ+ Kids," A ...