SANTA BARBARA, Calif., June 25, 2019 /PRNewswire/ -- This week, Direct Relief announced the election of James "Jay" McGonigle as a new director to its board

McGonigle brings an exceptional record of professional accomplishment and extensive business, management, and technology acumen to Direct Relief's board.  He is the former Chairman and CEO of the Corporate Executive Board Company, a provider of research and analysis focused on corporate strategy, which he joined in 1995 and thereafter led to an IPO in 1999, served as Chairman and CEO until mid-2005, and continued as Chairman until January 1, 2008.

Prior to joining CEB, McGonigle was a consultant at McKinsey & Company in New York, serving clients in the U.S., Belgium, Denmark, and Australia in the financial services, telecommunications, and information services industries.

For the past 16 years, McGonigle has served as the Lead Outside Director and Chairman of the Nom/Gov Committee at FactSet Research Systems, a Connecticut-based provider of software and information to the financial services industry.

He also serves as an "entrepreneur advisor" to a small group of Private Equity firms, including Summit Partners and Equality Asset Management. Past Board of Directors' service includes Ogone, PayScale, SNL Financial, and advisory board roles for Akumina, Bitvore, Business Talent Group, Finexio and others.

McGonigle also served on the board of directors and as Chairman of the Nom/Gov Committee for College Summit, a not-for-profit organization working to increase the college enrollment rate for students from the lowest income quartile. He also served on the U.S. State Department's 60-person Advisory Committee on International Economic Policy and on the Democratic National Committee's National Finance Committee during the Obama Administration. Following the 2008 election, he also served as an advisor to President Obama's transition team for Technology and Innovation.

Several advisory boards for Princeton University have also included McGonigle, and in 2009, he became an adjunct professor at Georgetown University's McDonough School of Business. He holds a JD from Harvard Law School and a BA from the Woodrow Wilson School at Princeton University. 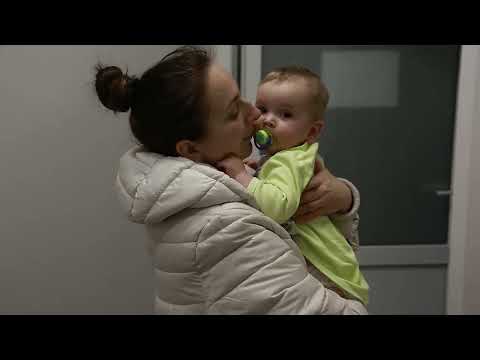 Medicine Costs for Ukrainian Refugees in Poland Covered by New...

Direct Relief Works with FedEx to Deliver Critical Aid to Those...