SAN DIEGO, Oct. 11, 2018 /PRNewswire/ -- In advance of Giving Tuesday, the midterm elections, and the traditional year-end spike in charitable contributions, Classy, a leading online and mobile fundraising platform for nonprofits, has released the results of a nationwide survey about America's plans to give. This survey data confirms that disaster relief is top of mind for donors, support for their favorite nonprofits still surpasses political causes (even in an election year), and nonprofits' adoption of new technology impacts a donor's intent to give, as well as their perceived credibility of an organization.

Giving Tuesday, initiated in 2012 by the 92nd Street Y and United Nations Foundation to rally support for nonprofits in the post-Thanksgiving season, occurs this year on November 27 and has quickly elevated in stature as one of the most important fundraising events of the year for nonprofits. Classy platform data shows that nonprofits acquire 3 to 5 times more donors on Giving Tuesday than on a typical day, and in 2017, more than $300 million was raised online alone from more than 2.5 million total donations across the entire online giving landscape. Classy, which serves more than 4,000 nonprofits of all sizes and causes, saw more than $10 million raised on its platform on Giving Tuesday 2017, a 60 percent increase over 2016.

Top findings from the Classy survey include:

"Giving Tuesday continues to be an enormous opportunity for nonprofit organizations to get in front of new donors, and we want to help our customers engage with these first-time donors in an effective way that ultimately results in additional recurring donations," said Scot Chisholm, CEO and Co-Founder of Classy. "This study confirms that donors are increasingly seeking easy online and mobile channels for giving, and—even more telling—consumers are linking technology to their overall trust in a nonprofit."

To help nonprofits prepare for Giving Tuesday, Classy has developed a specialized microsite and resource page providing a range of assets including templates, guides, and worksheets to empower organizations to create effective fundraising campaigns specific to the day. On Giving Tuesday, for the second consecutive year, the microsite will become a real-time giving hub showcasing up-to-the-minute fundraising activity for nonprofits using Classy, while inspiring supporters from around the world to discover and donate to deserving organizations whose causes are closest to their hearts.

Conducted in September 2018, the survey polled 1,002 individuals 18 years of age or older in the United States. The survey was fielded using the Qualtrics Insights Platform and the panel was sourced from Fulcrum by Lucid.

More information about the survey findings will be posted in the coming weeks on the Classy blog: https://www.classy.org/blog/. Nonprofits and donors alike can follow along with Classy on Giving Tuesday at https://classy.org/giving-tuesday/.

About Classy Classy is a social enterprise that creates world-class online fundraising software for nonprofits, modernizing the giving experience to accelerate social impact around the world. Based in San Diego, CA, Classy is trusted by organizations of all sizes, from the fastest-growing nonprofits like Team Rubicon and The Trevor Project, to some of the world's largest social organizations, such as Acumen, Robin Hood Foundation, and Shriners Hospitals for Children. Classy also hosts the Collaborative conference and the Classy Awards to spotlight the innovative work nonprofits are implementing around the globe. Backed by prominent technology investors, including JMI Equity, Mithril, Salesforce Ventures, and Bullpen Capital, Classy has raised $53 million to-date in growth capital. For more information, visit www.classy.org or follow Classy on Twitter @Classy. 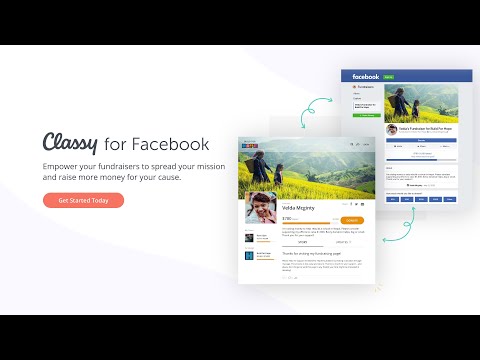