PORTLAND, Ore., Aug. 27, 2019 /PRNewswire/ -- Discogs, the world's foremost Database, Marketplace, and Community for physical music, shares the Mid-Year Marketplace Analysis & Database Highlights for 2019. The report emphasizes physical format sales of both catalog and new releases, across multiple genres, including the Top New and Catalog Albums Sales over the first half of 2019. The Discogs Mid-Year Marketplace Analysis also compares data from the Nielsen Music Mid-Year Report to deepen the analysis of how the music industry and music consumers are continuing to change inclusive of the elusive C2C data only available via Discogs. 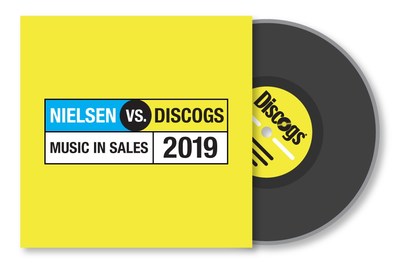 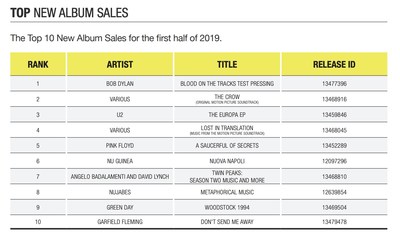 Notable data coming from this year's report is the continued rise in sales of the vinyl format at 3.03% year-over-year with over 4.3 million records purchased. However, CD sales saw the most growth at 23.6%, so perhaps the CD is not extinct just yet? The Top Catalog Sales see Talk Talk's Spirit of Eden prominently at #1 followed by Tracy Chapman's eponymous debut album at #2. The Top New Album Sales is populated with antipoles to Nielsen's Top 10 Vinyl Albums chart with Bob Dylan's Record Store Day release of Blood on the Tracks replica test pressing at #1 and the Record Store Day release of The Crow (Original Motion Picture Soundtrack) at #2 as examples of the dramatic differences when factoring in the International reach of the Discogs Community.

About Discogs Inc. Discogs is the world's foremost Database, Marketplace, and Community for music. The user-built Database boasts a catalog of more than 11 million releases and 6.1 million artists making it the most extensive physical music Database in the world. By connecting Buyers and Sellers across the globe, and with more than 47 million items available, the Discogs Marketplace is the leading destination for both new releases and elusive rarities. Join more than 6 million active Community members: Download the Discogs App for iOS (HERE) and Android (HERE). New to Discogs? Get Started. More on Discogs, including logos and brand guidelines at discogs.com/brand. Media resources at discogs.mediaroom.com.