NEW YORK, Sept. 10, 2020 /PRNewswire/ -- Dog Man is the top dog! The global bestselling series by author and illustrator Dav Pilkey makes a triumphant return to the #1 spot with Dog Man: Grime and Punishment becoming the #1 bestselling book overall for its first week of on-sale in the U.S. and Canada (children's and adult books combined), and sweeping the top spots on USA Today, The New York Times, The Wall Street Journal, Publishers Weekly, Indie Bound, Toronto Star, and The Globe and Mail bestseller lists. In a crowded fall publishing season, Dog Man: Grime & Punishment published by Scholastic edged out highly-anticipated books including Melania and Me: The Rise and Fall of my Friendship with the First Lady by Stephanie Winston Wolkoff, Donald Trump v. the United States: Inside the Struggle to Stop a President by Michael S. Schmidt, and All the Devils are Here by Louise Penny. The last book in the series, Dog Man: Fetch-22, released in December 2019 was the #1 bestselling book overall in the U.S. for four straight weeks. All nine books in the Dog Man series published to date have clinched the #1 spot on the bestseller list. Since the series launched to critical acclaim four years ago, Dog Man has more than 30 million copies in print to date and has been translated into 38 foreign languages.

Ellie Berger, President of Scholastic's Trade Division, said: "Since we announced the publication date for Dog Man: Grime & Punishment, we have been hearing from enthusiastic kids, parents, educators, and retailers who have been eagerly waiting for its release. We couldn't be more thrilled to see kids and families around the world so excited, laughing and reading together. We look forward to publishing more Dav Pilkey books in the future."

The Dog Man series follows the hilarious adventures of the "Supa Buddies": Dog Man, a lovable canine superhero, and his friends Li'l Petey, a curious kitten who embodies love, optimism, and hope, and 80-HD, a robot who expresses himself best through his art. With each Dog Man book, readers see the growth and development of the main narrators George and Harold through their comics. Their artwork, grammar, as well as their spelling improve as the series progresses. The series explores universally positive messages including empathy, kindness, and striving to become a better version of one's self, while it also tackles more complex themes including loss, forgiveness, and self-acceptance. In Dog Man: Grime and Punishment, the book delves into the theme of compassion and how love triumphs over hate.

This year, Scholastic announced that it will launch Cat Kid Comic Club, an all-new graphic novel series by Dav Pilkey on December 1st. This new series will mark Pilkey's thirty-four years of publishing bestselling and award-winning books for children in various formats, all with his trademark humor and heart. Pilkey's first graphic novel, The Adventures of Super Diaper Baby, was published in 2002, and was an instant national bestseller. His phenomenally popular Captain Underpants series which launched more than twenty years ago has more than 90 million copies in print and helped to establish the illustrated chapter book category. The Captain Underpants series has been adapted into more than 28 languages, released as a feature film by DreamWorks as well as an original TV series currently streaming on Netflix.

About Dav PilkeyWhen Dav Pilkey was a kid, he was diagnosed with ADHD and dyslexia. Dav was so disruptive in class that his teachers made him sit out in the hallway every day. He loved to draw and make up stories and spent his time in the hallway creating his own original comic books—the very first adventures of Dog Man and Captain Underpants. Dav Pilkey was awarded a Caldecott Honor in 1997 for his picture book The Paperboy. In 2019, he was named one of Fast Company magazine's "Most Productive People," Publishers Weekly's "Person of the Year," and The Beat's "Comics Industry Person of the Year." For more information about Dav Pilkey and his books, visit http://mediaroom.scholastic.com/davpilkey

Scholastic Teams Up with 5 Female Leaders to Debut New "Rising... 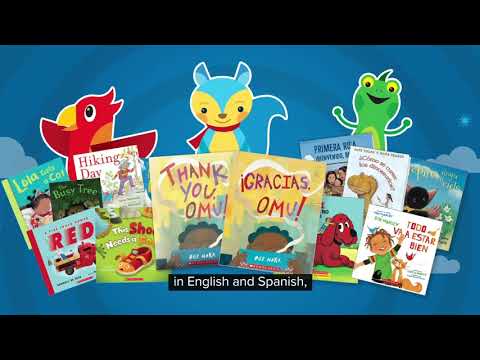