PLANO, Texas, Sept. 26, 2016 /PRNewswire/ -- The youth vote in America has decreased by double digits since 1964. According to the U.S. Census Bureau, one in two Americans ages 18 to 24 did not vote in 1964; by 2012, 62 percent did not turn out to polls. With the Millennial generation set to become one of the largest, most diverse – and perhaps most important – voting contingents in the country (CIRCLE), Doritos, a brand built on bold choices, is out to show the boldest choice you can make this year is one at the ballot box. 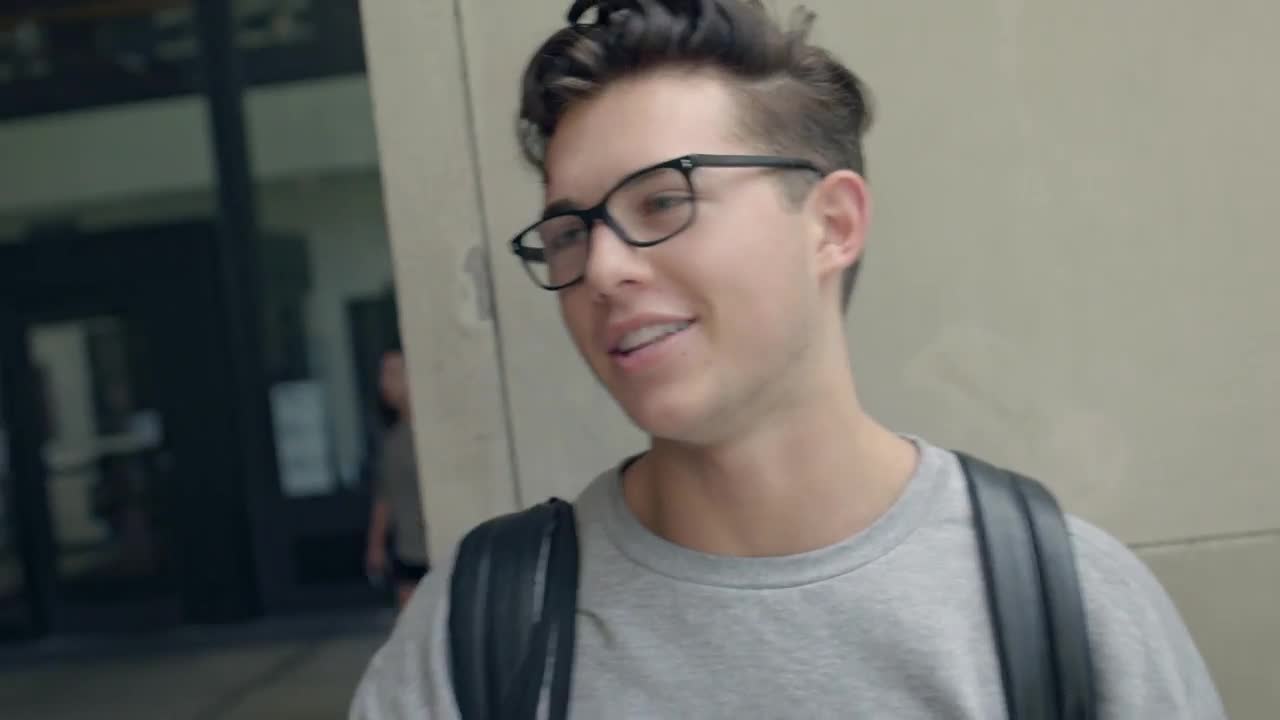 This election season, Doritos, one of the marquee brands from PepsiCo's Frito-Lay division, is partnering with Rock the Vote, the largest non-partisan, non-profit organization in the country dedicated to building long-term youth political power, to engage and mobilize young people to register to vote and participate in elections.

As part of the Boldest Choice campaign, the Doritos brand is introducing a limited-edition Doritos bag created for those not registered to vote. It has no taste, no crunch and no chips to illustrate that, if you don't make a choice, you don't get a choice.

"This election season, Doritos believes the boldest choice is making a choice," said Jennifer Saenz, senior vice president and chief marketing officer, Frito-Lay. "We have always believed every single person can make an impact – we all have a voice and it's important we exercise that voice and be heard. Our campaign reinforces the idea that if you don't make a choice, someone else chooses for you."

As a brand known for being bold, Doritos is rallying for one of the most important causes in America – making a choice at the polls. To bring this message to the masses, Doritos is joining Rock the Vote on its Truth to Power bus tour to various stops at college campuses, beginning with a stop in Denver, Colo., on National Voter Registration Day. Doritos will also join Rock the Vote to rally youth voters at additional stops in Madison, Wis. and Chicago, Ill.

"It's impressive to see Doritos step up this election season as corporate partners, committed to engaging and mobilizing young people to embrace the historic power of our vote," said Jesse Moore, vice president at Rock the Vote. "Millennials represent the largest, most diverse voting bloc in our nation's history, and, given that the stakes have never been higher, it's encouraging to see companies like Doritos work with us to champion a stronger more inclusive future for young people."

Starting tomorrow, National Voter Registration Day, consumers can order a bag of "No Choice" Doritos at www.Doritos.com/vote and send them to someone they know who is not registered to vote. Doritos hopes the bag will encourage them to make the boldest choice – registering to vote online and then going out and making a choice by casting a vote November 8.

To bring the Boldest Choice concept to life, Doritos created a vending machine that dispensed the provocative bags instead of the consumer's snack of choice to students not registered to vote. Only registered voters got their choice of Doritos Nacho Cheese or Cool Ranch from the machine — demonstrating that when you're not registered to vote, you don't get a choice and, if you are, you do. (Though all participants will receive samples of Doritos Nacho Cheese or Cool Ranch regardless of voter registration status). People's reactions are captured in the video www.Doritos.com/vote.

For 25 years, Rock the Vote has been at the forefront of helping to register and turn out young voters. This year, the organization has launched a multimillion-dollar national campaign called Truth to Power — including the national bus tour — to engage and mobilize Millennials across the country in the 2016 election. Working with nonprofit and corporate partners like Doritos, Rock the Vote aims to register two million new voters before Election Day on November 8th and to help drive Millennial turnout in key swing states.

To learn more and for information on voter registration deadlines in your state, visit www.Doritos.com/vote. Consumers are also encouraged to share their decision to make a choice using #BoldestChoice.

Doritos believes there's boldness in everyone. We champion those who are true to themselves, who live life fully engaged and take bold action by stepping outside of their comfort zone and pushing the limits. Doritos is one of the many brands that makes up Frito-Lay North America, the $14 billion convenient foods business unit of PepsiCo (NYSE: PEP), which is headquartered in Purchase, NY. Learn more about Frito-Lay at the corporate website, http://www.fritolay.com/, the Snack Chat blog, http://www.snacks.com/ and on Twitter at http://www.twitter.com/fritolay.

About Rock the Vote

Rock the Vote is the largest nonpartisan, nonprofit organization in the country driving the youth vote to the polls. Since 1990, Rock the Vote has fused pop culture, music, art and technology to fulfill its mission of building long-term youth political power. During the past six Presidential elections, Rock the Vote ran the largest voter registration drives for young people and has partnered with more than 25,000 partners through its online, multi- lingual voter registration tool. Rock the Vote is dedicated to mobilizing the vote, protecting voting rights and advocating for an electoral process and voting system that works for the Millennial generation, America's largest and most diverse population in history. To get Rock the Vote updates on upcoming events, election reminders and candidates, visit RocktheVote.com. Engage on social media, by following Rock the Vote on Facebook, Twitter and Instagram at @rockthevote.

PepsiCo products are enjoyed by consumers one billion times a day in more than 200 countries and territories around the world. PepsiCo generated more than $63 billion in net revenue in 2015, driven by a complementary food and beverage portfolio that includes Frito-Lay, Gatorade, Pepsi-Cola, Quaker and Tropicana. PepsiCo's product portfolio includes a wide range of enjoyable foods and beverages, including 22 brands that generate more than $1 billion each in estimated annual retail sales.

At the heart of PepsiCo is Performance with Purpose – our goal to deliver top-tier financial performance while creating sustainable growth and shareholder value. In practice, Performance with Purpose means providing a wide range of foods and beverages from treats to healthy eats; finding innovative ways to minimize our impact on the environment and reduce our operating costs; providing a safe and inclusive workplace for our employees globally; and respecting, supporting and investing in the local communities where we operate. For more information, visit www.pepsico.com.