MEMPHIS, Tenn., July 9, 2019 /PRNewswire/ -- Ben "DrLupo" Lupo, a well-known member of the gaming community, was recognized as the Content Creator of the Year for his commitment and dedication to the mission of St. Jude Children's Research Hospital® at its annual Volunteer Awards Dinner this week. 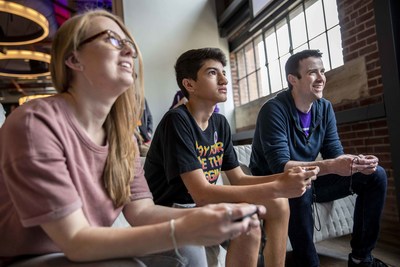 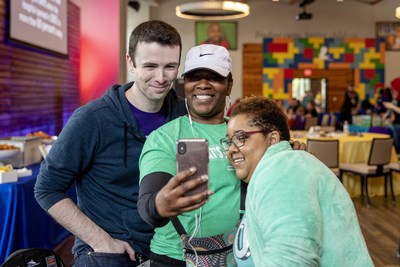 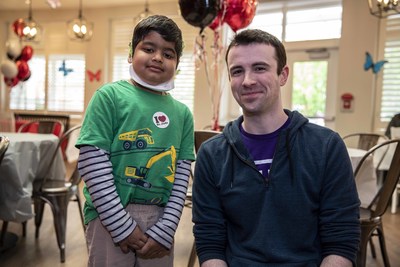 DrLupo's involvement with St. Jude began in 2017 with his participation in GuardianCon, a week-long, 24-hour-a-day gaming event that benefits the lifesaving mission of St. Jude: Finding cures. Saving children.® Since then, he has engaged his fan base and set the event record for amount raised from a single creator. He helped surpass the 2019 event goal by raising more than $920,000 during a four-hour livestream.

In addition to DrLupo's efforts with GuardianCon, he created a campaign of his own called #BuildingAgainstCancer, a 24-hour livestream, pushing his overall total raised to $1 million in 2018 alone.

Through a variety of efforts in the streaming and content creation space, the video game community has raised more than $17 million to help ensure that no family ever receives a bill from St. Jude for treatment, travel, housing or food – because all a family should worry about is helping their child live.

"DrLupo is sharing his time and talent to bring the gaming community together to support our mission," said Richard Shadyac Jr., President and CEO of ALSAC, the fundraising and awareness organization for St. Jude Children's Research Hospital. "His drive and dedication to the children at St. Jude have created a legacy in his community, and by engaging his platform, he has encouraged his peers and fans to do the same. He has helped lay the foundation for a new era of fundraising and we are incredibly grateful."

DrLupo and his wife, fellow content creator, MrsDrLupo visited the hospital for the first time in April and were able to share their love of gaming with St. Jude patients and their families.

"Interacting with the kids and their families made me feel more motivated than ever to exceed our goals this year," said DrLupo. "Receiving this award is such is an incredible honor, but our work won't stop. We will do it again this year, and every year thereafter, until children don't have to fight cancer anymore."

About St. Jude Children's Research Hospital®St. Jude Children's Research Hospital is leading the way the world understands, treats and defeats childhood cancer and other life-threatening diseases. Its purpose is clear: Finding cures. Saving children.® It is the only National Cancer Institute-designated Comprehensive Cancer Center devoted solely to children. Treatments invented at St. Jude have helped push the overall childhood cancer survival rate from 20 percent to more than 80 percent since the hospital opened more than 50 years ago. St. Jude won't stop until no child dies from cancer. St. Jude freely shares the discoveries it makes, and every child saved at St. Jude means doctors and scientists worldwide can use that knowledge to save thousands more children. Families never receive a bill from St. Jude for treatment, travel, housing or food – because all a family should worry about is helping their child live. Join the St. Jude mission by visiting stjude.org, sharing stories and videos from St. Jude Inspire, liking St. Jude on Facebook, following St. Jude on Twitter and Instagram and subscribing to its YouTube channel.