MENLO PARK, Calif., July 14, 2021 /PRNewswire/ -- Earlens has won "Best Leadership Team" and Earlens CEO Bill Facteau has been named one of this year's "Best CEOs for Diversity" among small and mid-sized companies by Comparably, a leading workplace culture and compensation site. 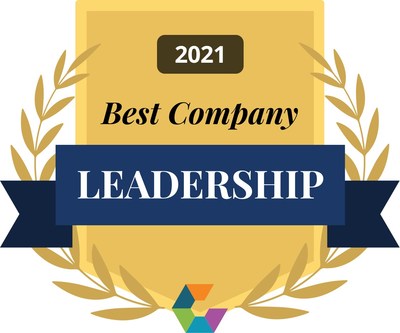 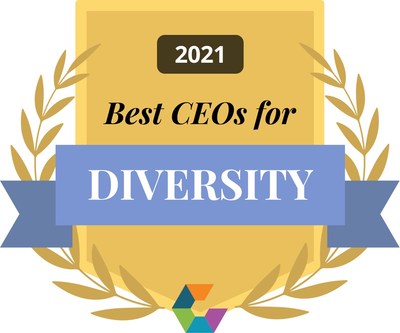 The "Best Leadership Team" designation is based on positive sentiment ratings from employees on their CEO, executive team, and direct manager, along with the company's overall workplace culture score (based on 20 different workplace categories). Meanwhile, the "Best CEOs for Diversity" award recognizes the top-ranked CEOs based on ratings by employees of color over a 12-month period. All ratings are anonymous, which reflects Comparably's mission to make workplaces more transparent and rewarding.

"We believe it is important to formally recognize the strong individuality and diversity we have at Earlens," said Facteau, who is also the Executive Sponsor of the company's Diversity and Inclusion Committee. "Our people are our most valuable asset, and we are constantly looking for ways to ensure everyone has a voice and feels valued."

Lisa Curtis, Director of Human Resources at Earlens agrees. "We strive for diversity and inclusion at every level. Moreover, our executive team really listens to feedback and acts on it. These elements are critical to creating a culture of open communication and accountability in an environment that promotes innovation, results and fun."

Based on anonymous responses submitted to Comparably, Earlens has a CEO rating within the top 5% of similarly sized companies, and a workplace culture rating within the top 25% of such companies. In addition, nearly 100% of employees indicate they look forward to interacting with their coworkers when they come to work and feel invested in the company's goals.

Earlens is a privately held medical technology company that has developed the Earlens® hearing solution. This revolutionary, nonsurgical treatment for hearing loss uses a small lens to vibrate the eardrum, replicating the natural hearing process. With more than 185 US and international patents, Earlens was named to Time Magazine's list of the top 100 inventions of 2020. Earlens is exclusively available from a growing network of highly trained Ear, Nose & Throat physicians and audiologists who are supported by dedicated concierge customer service. For more information, please visit www.earlens.com.