REVERE, Mass., Aug. 22, 2017 /PRNewswire/ -- Eastern Bank, America's oldest and largest mutual bank, advanced its commitment to both innovation and serving Gateway Cities by converting a former Fotomat location into its smallest-ever standalone branch, a 556-square-foot location in Revere, Massachusetts that rests in the parking lot of one of the state's busiest shopping plazas. 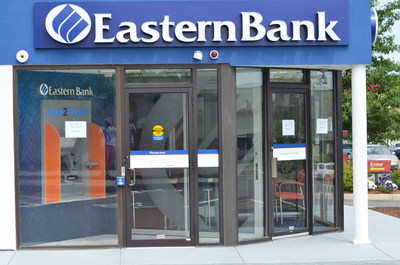 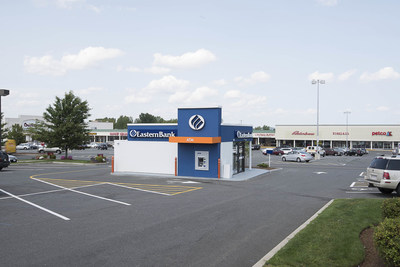 Revere's Northgate Shopping Center is home to Eastern's 93rd branch which packs a high-technology punch with all teller transactions handled by virtual bankers using the Talk2Teller machine and the branch's three staff members who speak a combined six languages.

"At Eastern Bank, we do good things to help people prosper," said Quincy Miller, Eastern Bank President.  "Part of that commitment includes improving the banking experience for our customers and investing in communities that need it the most.  We're very excited to support both initiatives by joining Revere for good through the opening of a micro branch in the Northgate Shopping Plaza. This expansion allows us to efficiently and effectively provide financial advice, outstanding service, and build relationships with the people and businesses of Revere."

The new branch features the bank's 10th Talk2Teller machine or "interactive teller machine," an ATM with live video capabilities operated by virtual experts who work inside the bank's Customer Service Center in Lynn, Mass. Additional branch technology features include: an "instant issue" debit card machine for new or existing customers, ability for customers to use their drivers license to conduct bank transactions without their ATM card, drive-up ATM, free WiFi, and extended hours via Talk2Teller enabling customers to speak with virtual tellers beyond the bank's normal business hours.

The branch's parking lot location, unique size, and the use of Talk2Teller as the only means for transaction processing are tests that Eastern will use to learn from as it continues to evolve how it delivers its products and services in a more convenient manner, said Miller.

With Revere opening, Eastern Bank now operates branches in 12 of Massachusetts' 26 Gateway Cities. Eastern Bank's commitment to Gateway Cities, including Revere, goes beyond opening new branches. Across Massachusetts, Eastern Bank has created public-private partnerships with local governments, nonprofits and other companies to help local businesses and residents prosper. As a community bank, Eastern's success depends upon a vibrant and prosperous community. That's why it is committed to opening its doors and investing in underserved communities that are hungry for growth.

With the opening of its Revere branch, Eastern continues to build upon its history of delivering innovative ideas to make banking easier for its customers:

About Eastern BankFounded in 1818 and based in Boston, Eastern Bank is America's oldest and largest mutual bank, with $10 billion in assets and over 120 locations serving communities in eastern Massachusetts, southern and coastal New Hampshire and Rhode Island.  Eastern provides exceptional access to fairly priced banking, investment and insurance products and services for consumers and businesses of all sizes. Eastern Bank, which includes Eastern Wealth Management and Eastern Insurance, is known for its outspoken advocacy and community support that has topped more than $100 million in charitable giving over the past 20 years.  An inclusive company, Eastern employs 1,900 deeply committed professionals who value relationships with their customers, colleagues and communities. Join us for good at www.easternbank.com.