NEW YORK, July 27, 2020 /PRNewswire/ -- Warner Bros. is throwing a celebration like no other for the 80th birthday of the beloved Bugs Bunny. The most famous cartoon rabbit is turning 80 in style through exclusive fan experiences, first-ever brand partnerships, an HBO Max birthday takeover and limited-edition releases commemorating the impact of this cultural icon—all meant to delight his most devoted fans while introducing the beloved character to a new generation of families. 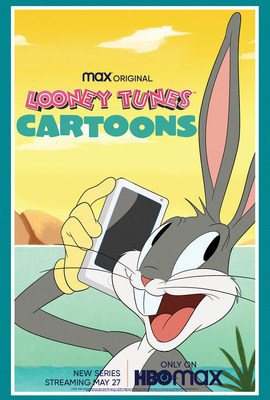 Why say "Happy Birthday!" when you can say "What's Up, Doc?" The #WhatsUpDocChallenge kicked off on TikTok this week with fans encouraged to give their best impression of Bugs' iconic catchphrase. Providing some inspiration was veteran voice actor Eric Bauza, who currently voices Bugs Bunny in HBO Max's Looney Tunes Cartoons. TikTok users also have the option to mimic the famous Looney Tunes theme song.

Heads Up!, the popular mobile party game from Ellen DeGeneres, has created a new Looney Tunes Cartoons inspired deck that will be available just in time for Bugs' birthday on July 27. Fans joining in on the fun have the chance to win one of ten amazing Looney Tunes prize packs by recording themselves "Acting Looney." Fans will be invited to share videos of themselves playing the "Acting Looney" deck on social, tag @HBOMaxFamily and use the hashtag #ActingLooneyContest to show-off their zany antics. The new Looney Tunes Heads Up deck will be available for a limited time only, from July 27 – August 31, 2020. Fans that participate may win the ultimate Looney Tunes prize pack featuring Looney Tunes headbands, backpacks, Funko Pop figures, socks, stamps, Bugs Bunny plush, Bugs Bunny ears, a 'bake your own carrot cake' pack and an HBO Max branded iPad.

"Bugs Bunny has made been making his mark on the world for over 80 years, endearing himself to fans across the globe," said Maryellen Zarakas, senior vice president of franchise management and marketing for Warner Bros. Consumer Products. "He is a trailblazing bunny who is both timeless and timely and serves as our internationally recognized symbol of the Looney Tunes brand.  Bugs has provided years of entertainment and fun for fans of all generations -- and the best is yet to come."

"We are thrilled to celebrate Bugs Bunny's iconic legacy as families are enjoying Looney Tunes Cartoons and the rich library of Looney Tunes programming on HBO Max," said Peter Sherman, SVP of Program Marketing at HBO Max. "While Bugs Bunny's 80th birthday is in full swing, we are offering more ways for fans old and new to have fun through Looney Tunes games, social challenges and experiences."

The uncontested star of the Looney Tunes team is being honored all month long with a colorful celebration befitting of his larger-than-life personality. Fans can follow along @LooneyTunes as the ACME intern shares sneak peeks and reveals leading up to Bug's birthday on July 27.

Bugs Bunny first graced the big screen in Tex Avery's 1940 classic, A Wild Hare, quickly becoming a pop culture idol thanks to his endearing, ageless appeal. His cunning street smarts and unflappable demeanor skyrocketed the star power of the bunny from Brooklyn, not just within the United States, but across the globe. Since walking onto the screen, Bugs Bunny has lent his likeness across mediums, including cherished children's books and comic strips, an academy award-winning cartoon series, action-packed video games, and widely merchandised consumer products, ranging from toys and apparel, to jewelry and home goods.

Fans can join in on social media using the hashtag #BugsBunny80.

About Warner Bros. Consumer ProductsWarner Bros. Consumer Products (WBCP), a WarnerMedia Company, extends the Studio's powerful portfolio of entertainment brands and franchises into the lives of fans around the world.  WBCP partners with best-in-class licensees globally on an award-winning range of toys, fashion, home décor, and publishing inspired by franchises and properties such as DC, Wizarding World, Looney Tunes, Hanna-Barbera, HBO, Cartoon Network and Adult Swim. The division's successful global themed entertainment business includes groundbreaking experiences such as The Wizarding World of Harry Potter and Warner Bros. World Abu Dhabi. With innovative global licensing and merchandising programs, retail initiatives, promotional partnerships and themed experiences, WBCP is one of the leading licensing and retail merchandising organizations in the world.