"These awards recognize lawmakers who support the vital mission of Goodwill through important policies," said Steve Preston, president and CEO at Goodwill Industries International. "Through endorsement and support from our champions in Congress, the needs of Goodwill program participants have been reflected through legislation, advocacy events, high-level committee meetings, and other profound means of advocating for our program participants."

ABOUT GOODWILL INDUSTRIES INTERNATIONAL Goodwill Industries International (GII) is a network of 160 community-based, autonomous organizations in the United States and Canada with a presence in 13 other countries. GII is a 501(c)(3) nonprofit that is recognized by GuideStar with its Platinum Seal of Approval, the organization's highest rating for charities. For the past three years, Goodwill was ranked in the top five brands that inspired consumers the most with its mission in the World Value Index, commissioned by the creative agency, enso. Goodwill has been on Forbes' list of top 20 most inspiring companies for three consecutive years, the only nonprofit featured on that list.

Local Goodwill organizations are innovative and sustainable social enterprises that offer job placement and training services, and other community-based programs by selling donated clothing and household items in more than 3,300 stores collectively and online at shopgoodwill.com®.

Goodwill is both an icon and accessible neighbor: more than 82 percent of the U.S. population resides within 10 miles of a Goodwill location. 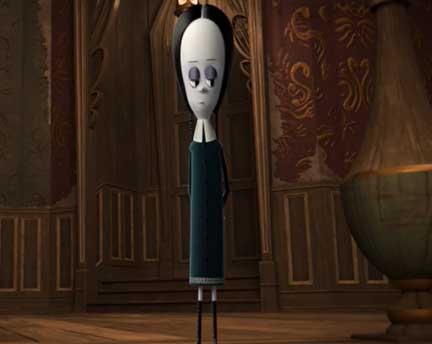 Goodwill® and The Addams Family Scare Up Tricks, Treats and...