BEIJING, Oct. 9, 2020 /PRNewswire/ -- After the first issue in 2019, ELLEMEN Fresh is now celebrating its first anniversary with a special issue, as well as starting a new journey.

On the occasion of the anniversary, ELLEMEN Fresh has released four covers featuring the most iconic people or groups from four different countries, who also give their first covers in Chinese fashion magazines. They are from four different domains, giving company to Generation Z in their path of growth with their voice, figure, spirit, and profession. 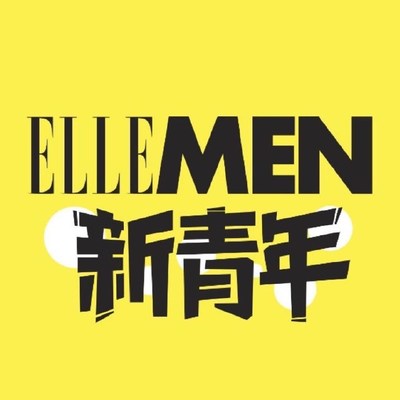 The cover stars of the Anniversary Issue are shown as following. The new generation Australian musical genius Troye Sivan, showing not only gifted talent, but also his handsome look. South Korean singer as well as actress IU, who started her career at a young age, is known for her countless extraordinary work in both music and drama. Members of the Chinese E-sport team JDG is now fighting its own world champion with confidence and strength. As childhood memories for most of the youth born in the 90s, the main character of the manga series and animation One Piece, Monkey D. Luffy and Roronoa Zoro, become the cover stars. It is worth mentioning that it is the first cover worldwide to show both Luffy and Zoro together.

The Chinese name of ELLEMEN Fresh also means "the new youth." To ELLEMEN Fresh, we wonder what the new generation of young people will focus on. We want to know their ways of entertainment and things that would give them joy or sadness. Regardless of gender or other differences, they are a group of people who respect equality and hold a unique and positive attitude towards life.

In the booming time of new talents, ELLEMEN Fresh makes its own voice utilizing both printed magazines and digital platforms, and the contents are not limited to the new faces from the show business and fashion. As an international magazine, ELLEMEN Fresh knows these talented young people would lead to a modern entertainment industry. More importantly, they will become the bond between the future and the world.

In the past year, ELLEMEN Fresh has worked with various talents to create premium content for the readers. For previous issues, we have invited Chinese stars Zhu Yilong, Sean Xiao, boy band NINEPERCENT, actor/singer Katayose Ryota from Japan, and other fresh faces from different countries. For the first issue of ELLEMEN Fresh, we have invited Japanese stars Sakaguchi Kentaro and have made the first Chinese mainland cover for Nicholas Hoult, the first Asian-pacific cover for Jodie Comer as well as the first cover worldwide for Gavin Thomas, whose pictures have went rival for memes on the internet.

After the first issue, we continue gathered a group of new generation with vivid characters and outstanding performances. We have invited Chinese talents Wang Junkai, Wang Yibo, Li Xian, Deng Lun, and Elaine Zhong to be the cover stars of ELLEMEN Fresh, and also have got exclusive interviews with stars, such as Kris Wu and Li Yifeng. In addition, The creative videos specially planned and produced for Jackson Yee and Cai Xukun have become trending for both online and offline during the promotion. All in all, the interests and dreams of global youth are recorded in ELLEMEN Fresh, and different attitudes and faces are introduced to the new generation.

Without any doubts, from 2019 to 2020, ELLEMEN Fresh has made a list of remarkable work. In the future, ELLEMEN Fresh will carry the dreams of young people, and accompany them to grow up. With the core spirit of ELLEMEN Fresh, we will make the new voice of the generation.