WUZHEN, China, Nov. 25, 2019 /PRNewswire/ -- As the 7th Wuzhen Theatre Festival concluded recently, the Emerging Theatre Artists Competition, a key part of the event, also came to a close. After each play was performed three times, six groups of works entered the final of the competition. At last, "A STORY ABOUT A THEATRE" won the Grand Prize: The Special Attention Award. Jin Shifei, director of "FINDING LI JIAMING", and Liu Yijun, the protagonist, took home the award for Best Individual Performance Award, while "THE CHICKENS AND RABBITS PROBLEM" took Best Drama. 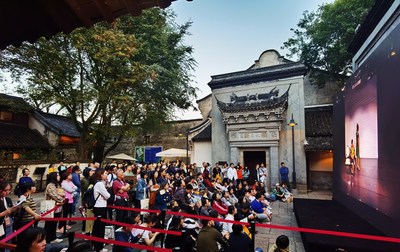 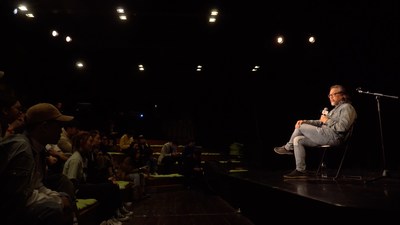 The plays staged in this year's competition came with one requirement: each play needed to incorporate three elements into the storyline: an invisible person, a key and an air ticket. Following the jury's intensive selection process, 83 actors that made up the 18 shortlisted teams performed 18 plays in 60 public performances, competing for the Small Town Award of this year's festival. This year, the Emerging Theatre Artists Competition received 538 entries from 1,327 applicants. When the online reservation channel opened, 6,480 tickets, accounting for 60% of the total available, were immediately sold out, demonstrating the popularity of the event among young directors and audiences.

On October 31, in front of the East Warehouse Theatre, many young theatre lovers decked out in the latest fashion lined up, happily waiting for the beginning of the Emerging Theatre Artists Competition. They came with a shared dream from all over the world to this small water town. They didn't come here to chase superstars, but to cheer on their dreams. On this very day, the Emerging Theatre Artists Competition staged - for the first time - 18 plays at the same venue, resulting in a fascinating competition that was fiercer than ever.

Shi Hang, a renowned scriptwriter and jury member of the competition, said that many of the plays put on by the young directors were novel and full of vitality. "They're so new that it's hard to generalize. In terms of the precise language used, several of the works were performed in the Cantonese and Hakka dialects. This year, in the small space that is the East Warehouse Theatre, the audiences saw more vicissitudes of life, and more dramatic forms full of tension." It is also because the outstanding young dramatists' works that are put on at the Wuzhen Theatre Festival are getting ever better and are receiving ever greater acclaim from the youthful audiences, that the event is becoming recognized by an increasing number of drama lovers all over China and even the world.

From here young dramatists move on to bigger stages

Wuzhen in China is a small town on the southern side of Yangtze River while the East Warehouse Theatre in Wuzhen is a tiny venue indeed. However, this little stage has proven a magnet for numerous young actors who return again and again to pursue their dreams with enthusiasm. Some of them have even been propelled to the world stage from this humble platform.

"Everything that proved to be original at this edition of the Wuzhen Theatre Festival came from the Emerging Theatre Artists Competition," said Huang Lei. The original intention of launching the Wuzhen Theatre Festival is to "make it a youth theatre festival". Nowadays, more and more young artists gather in Wuzhen, where they cry, revel and grow up.

Young artists need a stage, and the stage needs young artists. The new generation of artists participating in the festival will eventually usher in their own era of drama; however, between now and then, learning and growing up is the only way for them to succeed. With this in mind, a seminar was held after the competition, at which Lai Shengchuan, the founder and permanent Director of the theatre festival, imparted his wisdom and experience to young artists through answering their questions. He said that theater gives a chance for every person in the audience to return to what he referred to as "their original state", to enjoy watching the actors put their heart and soul into each performance, and to think about the relationship between performance and expression.

By imparting experience from generation to generation, more dramatic artists will soon be on their way to world-class stages.