ST. PETERSBURG, Fla., Oct. 9, 2019 /PRNewswire/ -- On September 11, 2019, a $12,037,000 verdict was awarded to Anthony Burbano for injuries and damages suffered in a June 2013 pedestrian accident that led to the amputation of his arm, traumatic brain injury, knee ligament tears, vascular injuries to his leg, and other serious trauma. The complaint alleges that defendant Debra Kay Short, who was driving the sedan that struck Burbano, was negligently operating her vehicle by either driving too fast for the wet conditions or failing to maintain a proper lookout before the crash. 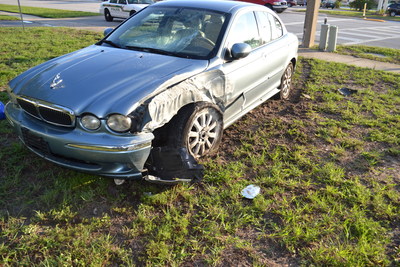 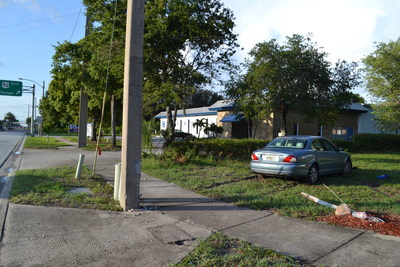 According to the lawsuit, on June 27, 2013, Anthony Burbano, 29, was standing on the sidewalk alongside Fourth Street North in St. Petersburg, near the intersection with Koger Boulevard. He was waiting for the traffic light to change so he could cross the road.

The lawsuit alleges that Debra Short was driving on Fourth Street in wet conditions when she swerved to avoid hitting a vehicle in front of her. She came up onto the sidewalk and struck Burbano, who was thrown 30 to 40 feet into the air. After landing next to the sidewalk, Burbano was run over by Short's vehicle, causing injuries to Burbano's head, a leg, and an arm.

Burbano subsequently filed a lawsuit against Debra Short and the city of St. Petersburg, alleging that the accident was caused by both Short's negligent operation of a motor vehicle and the city's negligent maintenance of the roadway where the crash occurred. The court later determined that the Florida Department of Transportation (FDOT) and not the city of St. Petersburg was responsible for the road maintenance. FDOT settled its case prior to trial. Short's counsel conceded liability and the matter proceeded to damages.

Burbano suffered multiple permanent disabilities including a right arm amputation and left foot drop. He was unable to work after the accident. Despite interviewing for jobs, no one would hire him. According to Burbano, he was unable to support his then-girlfriend and their daughter. The couple eventually split up, and his ex moved in with her mom. Burbano says that he lost his apartment, temporarily slept on the floor of his friend's business, and ended up moving in with his mother after his stepfather passed away. According to the lawsuit, Burbano has suffered depression, emotional distress, and retrograde amnesia.

The defense asserted that Burbano's damages should be limited and that he would be able to return to work and live a relatively normal life after receiving his prosthetic.

The jury awarded Burbano $12,037,000 for past and future medical costs, past and future lost earnings, and past and future pain and suffering. The pedestrian accident attorneys representing Mr. Burbano are Wesley T. Straw and Matthew D. Emerson of Emerson Straw PL in St. Petersburg, FL.