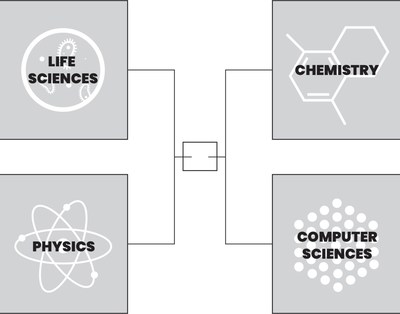 The Evidence Madness brackets will feature 16 submissions of evidence in each of four scientific domains: Life Sciences, Physics (including solid state), Chemistry (including materials), and Computer Science (hardware and software).

The final field of 64 pieces of evidence — all of which must have been published in the last five years — will compete head-to-head against one another until a winner emerges.

Evidence submissions for the brackets will be accepted in all domains beginning on November 17. Voting begins when the full bracket is published on November 20. Submissions and voting are open to the public with free registration on Polyplexus.com.

"Science is replete with literature review, but this is literature review with a twist," says Michael Goldblatt, former DARPA Office Director and co-Founder of Polyplexus. "We're interested in seeing breakthroughs across domains and hearing from the scientific community which of these they believe will impact us most by 2040. We encourage researchers across the board to join us for the madness."

For details on the rules and award structure, go to

Polyplexus hosts an online community focused on exploring cross-disciplinary science questions. The platform accelerates access to scientific evidence, hypothesis development, research proposal generation and sponsor engagement. Developed for scientific researchers, research sponsors, and the curious, Polyplexus reinvents the social platform by advancing evidence-based conversations, focusing the discussion through the lens of what we already know, in the pursuit of what we might discover. An open, public platform, Polyplexus is currently in development with founding sponsor DARPA.